Why do recent launch vehicles like that of Space X and Rocket Lab have far fewer umbilicals than before? What has changed?

Launch vehicles using mobile launch pads have many umbilical connections, whereas the ones using TEL launch structure with strongback, don't. Why is that?

As seen in the picture, Electron has just one main umbilical: 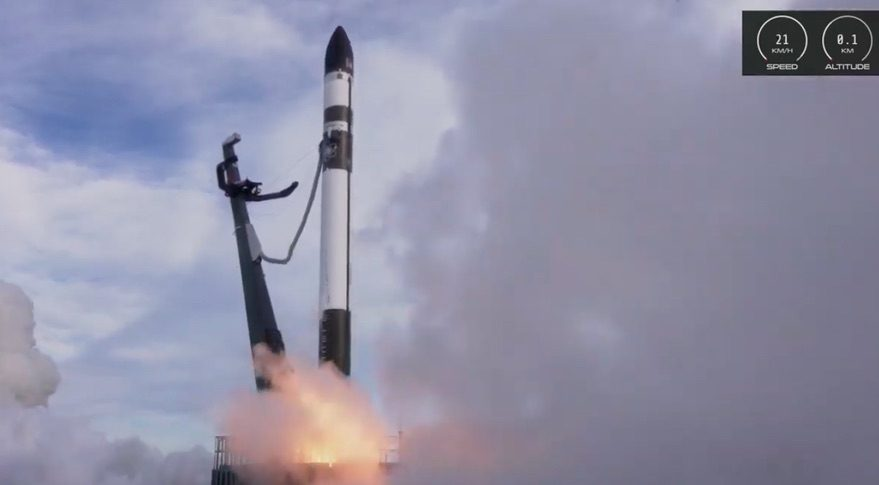 Let's look at what umbilicals are on SLS, a fairly traditional and very large rocket. It has two stages and two boosters and a crewed capsule. It uses cryogenic liquid oxygen and hydrogen for fuel.

Electron has two stages with no boosters and an uncrewed payload. It uses non-cryogenic RP-1 (liquid kerosene) and liquid oxygen (LOX) as its fuels.

Without the boosters nor a crewed payload module, that leaves just these equivalent umbilicals to supply the SLS core.

Unfortunately I don't have details of what's in the Electron umbilical, but we can make a few guesses.

With the Electron rocket being so much smaller, it doesn't need a dedicated stabilizer.

While both Electron and SLS use cryogenics, LOX has a much higher boiling point than the liquid hydrogen used on the SLS. And the much simpler Electron can be stacked and rolled out much faster than the huge and complex SLS, so it spends less time sitting on the pad heating up. The SLS carries 80 tons of fuel, the Electron about 10 tons. It doesn't need as much cryogenics while sitting on the pad, if at all.

With the reduced fuel, reduced size, less need for cryogenics, modern data architecture of the Electron it's not unreasonable that yes, they can compress the three remaining core umbilicals into one.

Not the answer you're looking for? Browse other questions tagged spacex launch rockets falcon-9 or ask your own question.

11
Why aren't sea launches used more often?
5
Who has built the largest number of Transport/Erector/Launch (TEL)?
8
What are the falling parts in this ISRO rocket launch?
25
Which has been the most gregarious rocket, launched from the most sites?
2
What are/have been some dedicated launchers for the 100-1000 kg to LEO(sub 1000 km)payload market?
15
Why do we need dedicated launch vehicles for small satellites?
3
Falcon 9 Type Rocket with Raptors
7
Has any rocket been launched into orbit from a plain flat surface?
8
What is this South Korean rocket and why does it have separate yellow and blue exhaust plumes?