Cartoon-like characters on the side of the Tianwen-1 Mars lander?

Scott Manley's excellent new video China's Mars Rover Zhurong Has Completed Its Primary Mission, Reaches New Milestone is chock-full of space-sleuthing goodies and interesting information about the mission, its spacecraft, and some of its engineers.

Below is a screenshot of the Tianwen-1 lander. While the context is the speculation that post-landing remaining fuel was spent by actually firing thrusters on each side resulting in the dipolar bright spots seen from orbit, I noticed that next to the Chinese flag there are some cartoon-like characters.

Question: Who are these cartoon-like characters displayed on the side of the Tianwen-1 lander?

Screenshots (some cropped, sharpened and otherwise "enhanced" unscientifically) from the video: 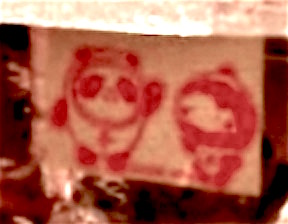 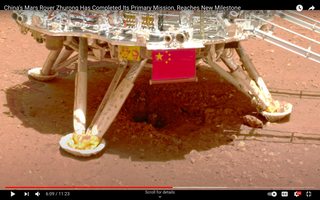 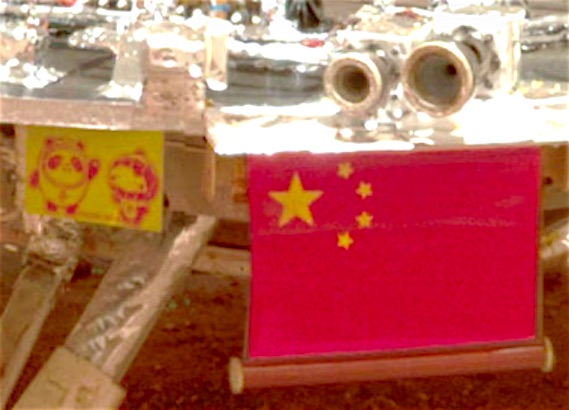 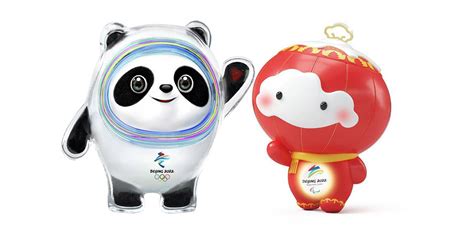 2
Do astronauts play reduced gravity sports when folks on Earth aren't watching? Ever quasi-regularly? If so, what sports?

1
How does this spinach-growing Mars lander design work?
4
What is the purpose and necessity of this giant structure being used in tests of China's Mars lander?
3
Will the Emirate Mars Mission, Tianwen-1 and Mars 2020 Mission get closer to each other or spread out on their way to Mars?
5
Could Tianwen-1, Hope, or Mars 2020 image one another en route to Mars?
6
Does Tianwen-1 have a near-repeat ground track orbit in order to scan the same general area on each of its low altitude passes?
10
Does Tianwen-1 mission have a skycrane camera and parachute camera like Mars 2020?
2
Why is it so cold in the nighttime (-130 C at 25.1 degree North) at the location where the Chinese rover landed on Mars?
12
The Chinese Mars rover and lander can be seen in the same picture. What device took the photo?
6
Was Tianwen-1 the first "triple-depl"? (orbiter-deploys-lander-deploys-rover-deploys-selfie cam) What are the highly hierarchical deep space missions?