Which two spacecraft are being shown disconnecting here, and what was the connection for?

The new Wall Street Journal video China's Answer to the Aging International Space Station: The Tech Behind Tiangong | WSJ shows what looks like it might be a fuel transfer connection decoupling at 04:14. It's a little scary because after they disconnect the fittings appear to bump and grind a bit, rather than cleanly separate with linear motion.

Question: Which two spacecraft are being shown disconnecting here, and what was the connection for?

"bonus points" for any information on this particular event in the footage; was it sub-optimal? Was anything damaged? 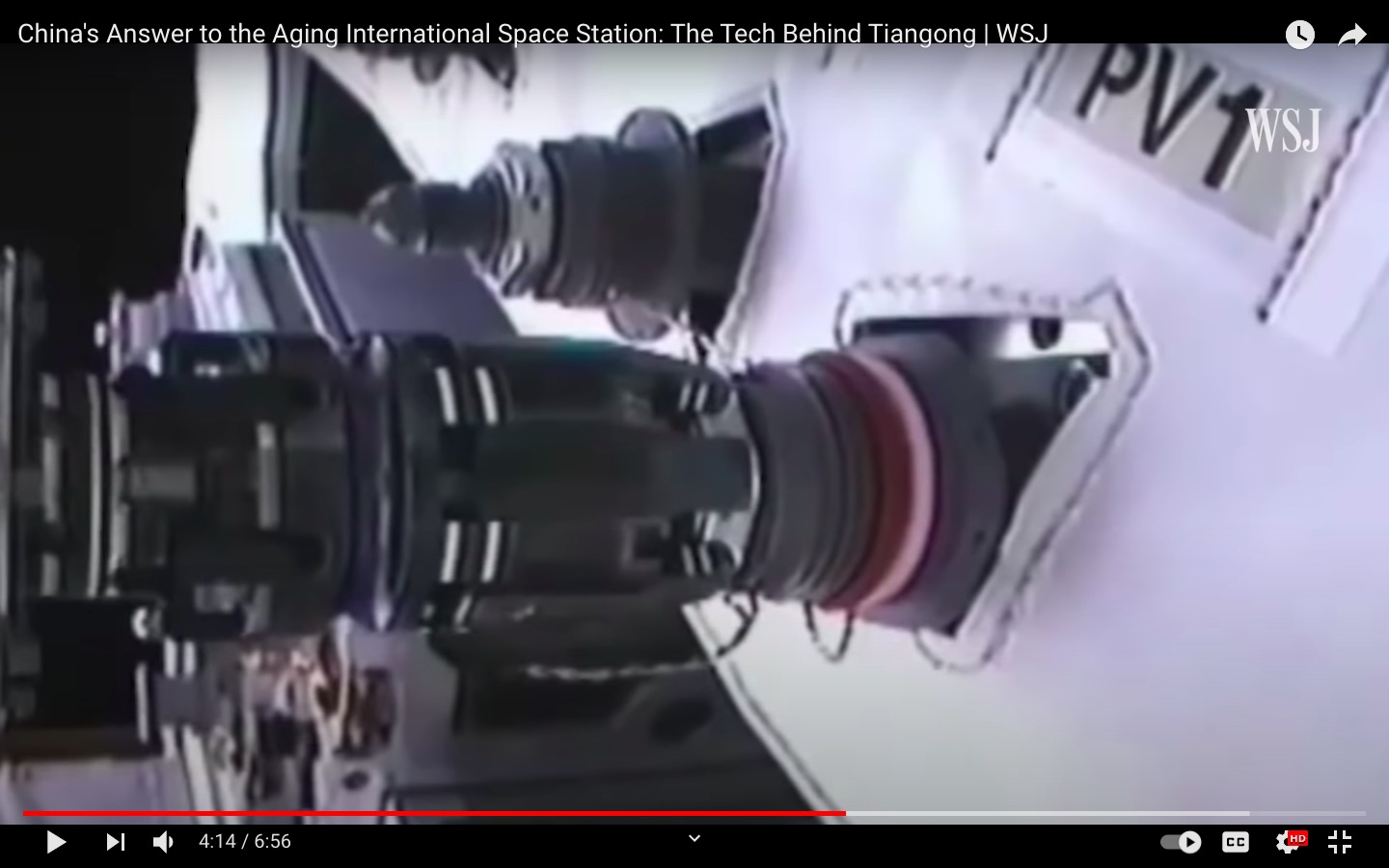 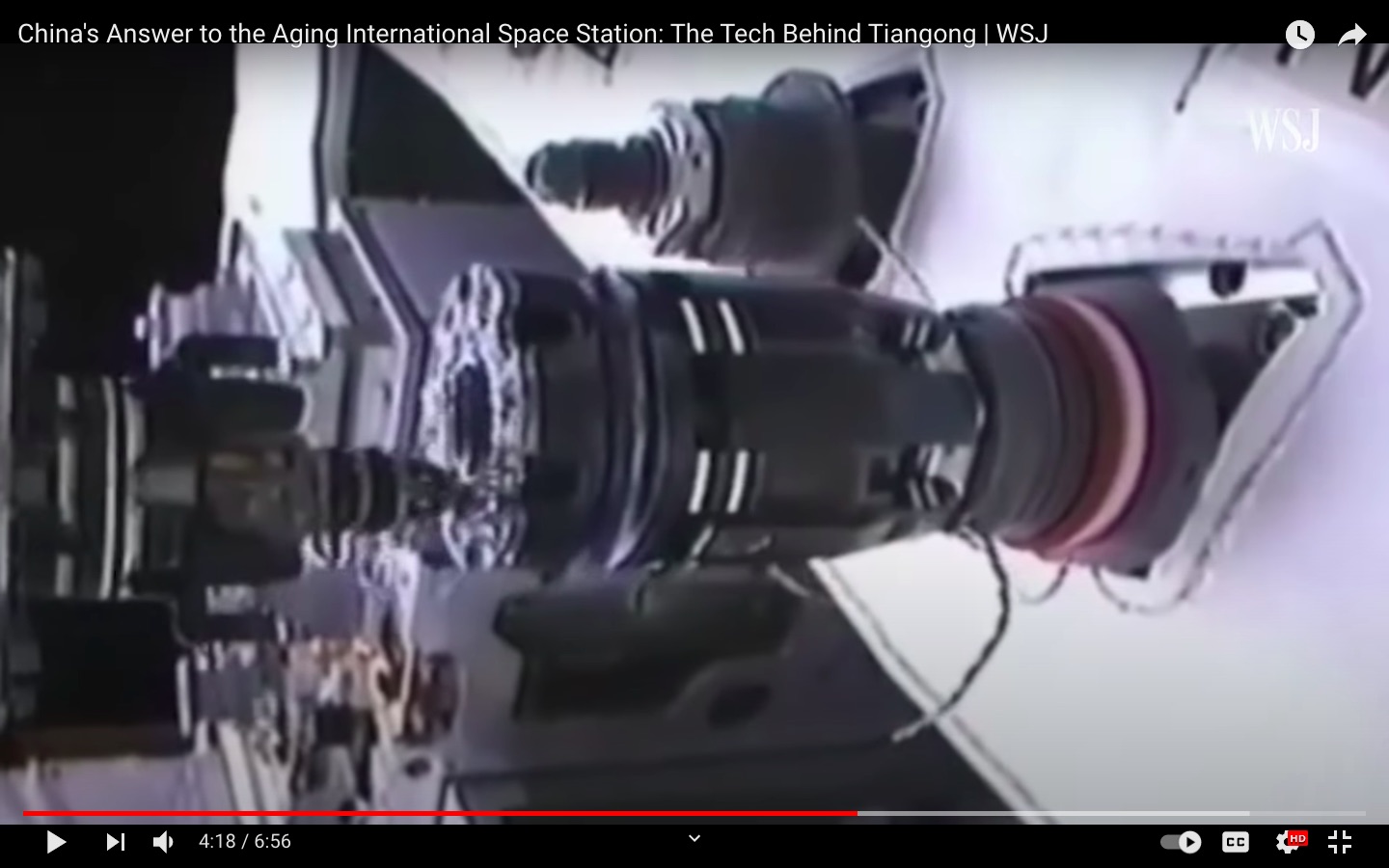 Looks like a demonstration program for robotic refueling that took place on ISS with Dextre in 2013. This was the Robotic Refueling Mission (RMM).

A nasa page with several videos is at https://nexis.gsfc.nasa.gov/rrm_refueling_task-blog.html

So it's not two separate spacecraft. It's Dextre and an experimental device on the ISS.

Not the answer you're looking for? Browse other questions tagged iss identify-this-object refueling or ask your own question.

1
Why are the ISS attitude values shown on these two web sites so different?
3
How many ISS robotic manipulators are shown in this image, and what are their names?
11
What are the two orange tabs stuck on opposite edges of each window of the ISS cupola?
1
At what time in the Apollo 14 mission did the maneuver shown in this image happen, and what exactly was happening?
1
Which Viking-1 orbiter photo is this? When was it taken and what part of Mars is shown?
7
Which rocket was shown resupplying the ISS in Designated Survivor?
9
What is the extent of on-orbit refueling experience at the ISS? Which fuels? which spacecraft?
4
What orbit-raising propulsion system will Tiangong use, and how does it differ from that of the ISS in terms of performance and technology?