What spacesuit helmet is this?

There's a classic series of black-and-white photos from the mid-80s showing early shuttle astronaut Anna Fisher in a helmet; one was reportedly on the cover of Life magazine. 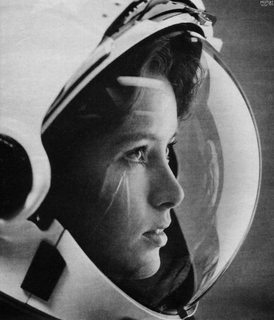 Today I came across a color photo from the same series, that I had never seen before. Looking at that, I don't recognize the helmet as a Shuttle suit helmet. 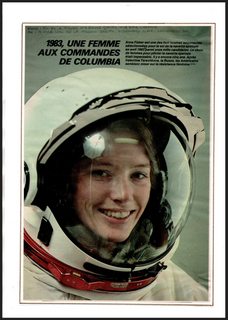 What is this helmet? Is it from a real suit?

It was an early helmet/visor prototype for the Shuttle EMU

Particularly relevant to this question is the fact that both EVA suits had a separate helmet and visor. The helmet is a clear plastic bubble that completely surrounds the head, attaching to the suit torso at the neck ring, providing an airtight seal. The visor is an assembly that slips over the helmet, protecting the eyes, face, and head from sunlight. Visor assemblies often have a pull-down, gold-plated, semi-transparent face shield as well as side sunshades.

The Apollo helmet was largely cylindrical in shape, allowing the visor assembly to simply slip over it. Prototype Shuttle EVA helmets were more spherical, which prevents the visor from simply sliding over it. Instead, the chin has hinges and a buckle, which must be secured after the visor assembly is placed over the helmet. This can be seen in Figure 4 of Challenges, enlarged below: 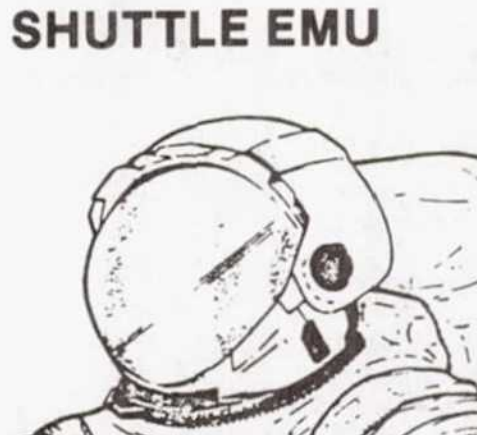 (Worth mentioning that all intravehicular Shuttle suits -- manufactured by David Clark Company -- always had an integrated one-piece helmet/visor.)

The helmet and visor were subsequently redesigned, and the prototype was never used in space. However, like many prototypes, it was used for astronaut training. A NASA article has another photo and description of Anna Fisher wearing this helmet: 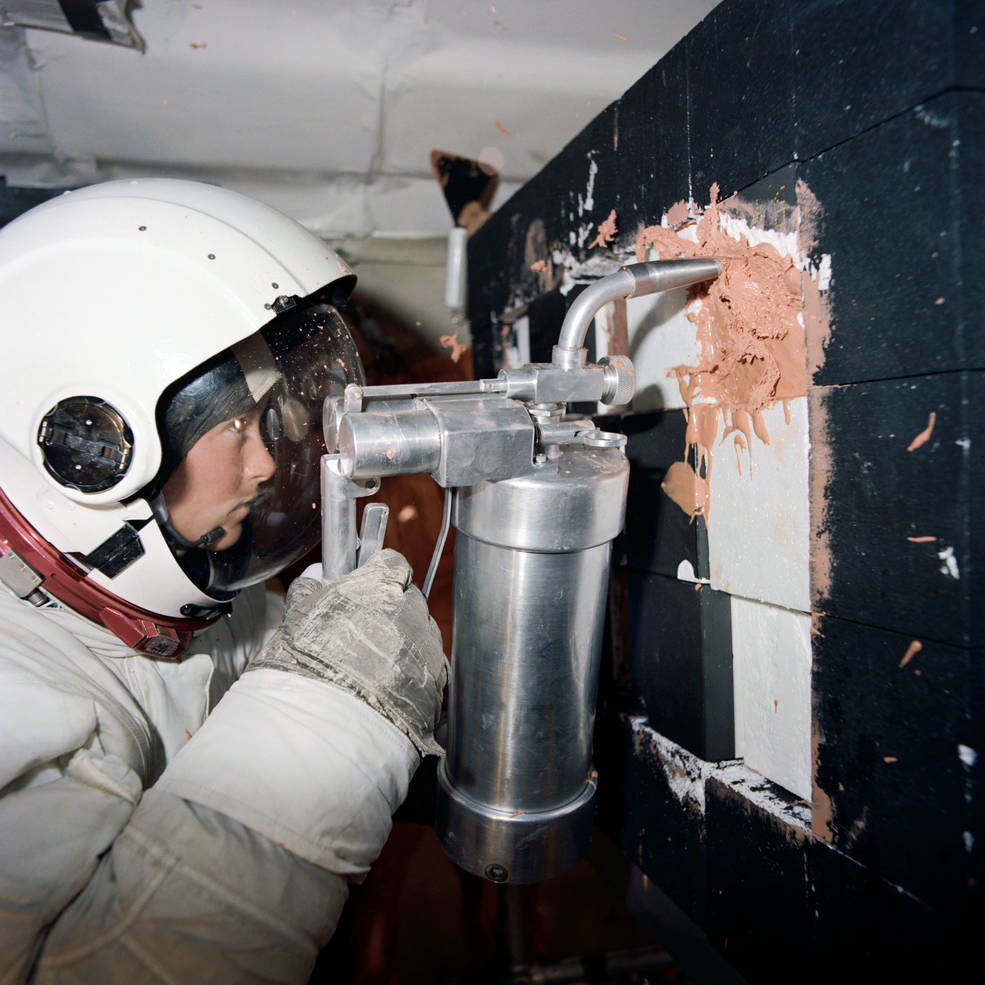 Not the answer you're looking for? Browse other questions tagged identify-this-object spacesuits helmets or ask your own question.

6
What does the interior of a spacesuit smell like?
11
Ease of Detachment of a Space Helmet
7
How does the thin gold film in the glass of spacesuit helmets block thermal IR but transmit visible? What's the property?
2
What is this red spacesuit made out of, and why is it red?
15
What was the space helmet "vomit port"?
2
How far are space-walking helmet faceplates from the eyes? How far will I have to hold my "space binoculars" from my eyes during a space walk?