DSN antenna DSS-43 at @CanberraDSN is starting a 300 min listen to hear the echo of a command tone sent up to me 35 hours ago. This will define the "Best Lock Frequency" to listen or transmit on in order to correct for my damaged tracking loop capacitor

Question: What happened to Voyager 2's tracking loop capacitor? How did it get damaged? What is it for? And for that matter, what is Voyager's tracking loop and what does it track?

While it looks like several questionsm it's likely a source for one will have answers to the others as well. But if answering folks really want it split up I'll oblige. 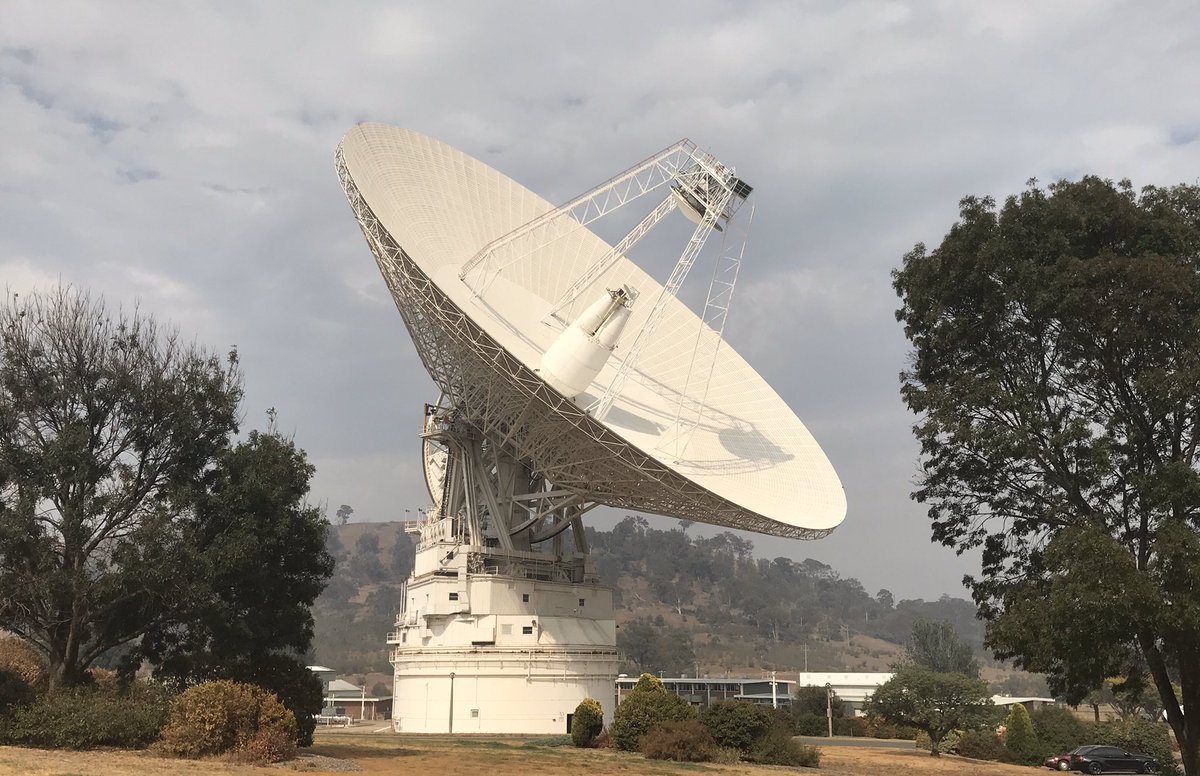 On April 6, 1978, a fault-protection algorithm onboard Voyager 2 automatically switched from the prime to backup receiver. However, the backup receiver's tracking-loop capacitor3 was found to have failed sometime previously. Soon after returning to the prime receiver by ground command, that receiver failed, leaving the spacecraft uncommandable. Seven days later, the algorithm switched back to the crippled backup receiver, forever thereafter requiring special detailed uplink procedures in order to command Voyager 2.

3The tracking-loop capacitor is in the receiver phase-lock loop circuitry to facilitate uplink acquisitions and track Doppler induced frequency shifts resulting from changes in relative velocity between the spacecraft and the DSN antenna. For Voyager, these velocity changes are due primarily to the Earth’s rotation, so occur on every pass.

As far as "what happened to it", this (paywalled) paper seems, from the abstract, to suggest that it "just broke".

Not the answer you're looking for? Browse other questions tagged radio-communication voyager tracking deep-space-network or ask your own question.

9
Why did ISRO require additional tracking ships in the South Pacific for its MOM mission?
30
For how long will the Voyager records remain playable?
8
For SpaceX's Texas launch site, what kind of range radar/tracking will they have?
8
How did Voyager 1 avoid crashing into Jupiter?
3
Did Voyager 1 and 2 record while not near any planets to get "ambient mechanical noise" for smoothing?
9
How often do we get information from the Voyager spacecrafts?
7
Which Voyager spacecraft "mutinied", and what really happened?
4
Why are deep space "beacons" usually UHF, so low (in freq) that DSN can't hear them? And how unusual is it for a Mars lander to have an X-band beacon?