Can we write with chalk on blackboard in space?

There was an ongoing discussion on how fisher pen was invented independently for safer writing method.

I was just wondering weather we can use chalk and blackboard in space?

Also if there are challenges in making regular use of it, what are the solutions to the challenges.

There's no scientific reason against using a chalkboard, zero gravity isn't an impediment as making a mark is dependent on pressure between the chalk and the board. The reasons for not using chalk are all practical:

@GdD's answer is complete, but I'll elaborate on the chalk dust.

They pretty much can't even have bread or cake on the ISS due to the crumb production; a manual chalk-dust generator would be a nightmare in comparison.

And the work involved in going outside to banging the erasers together to clean them is more trouble than it's worth. I predict that if there were chalk boards and erasers on the ISS they'd just put the dirty erasers in the trash like they do towels and used clothes, and get new ones each time.

crust-encapsulated, bite-sized "space breadlet" one can pop in one's mouth to avoid making crumbs, from https://space.stackexchange.com/a/42071 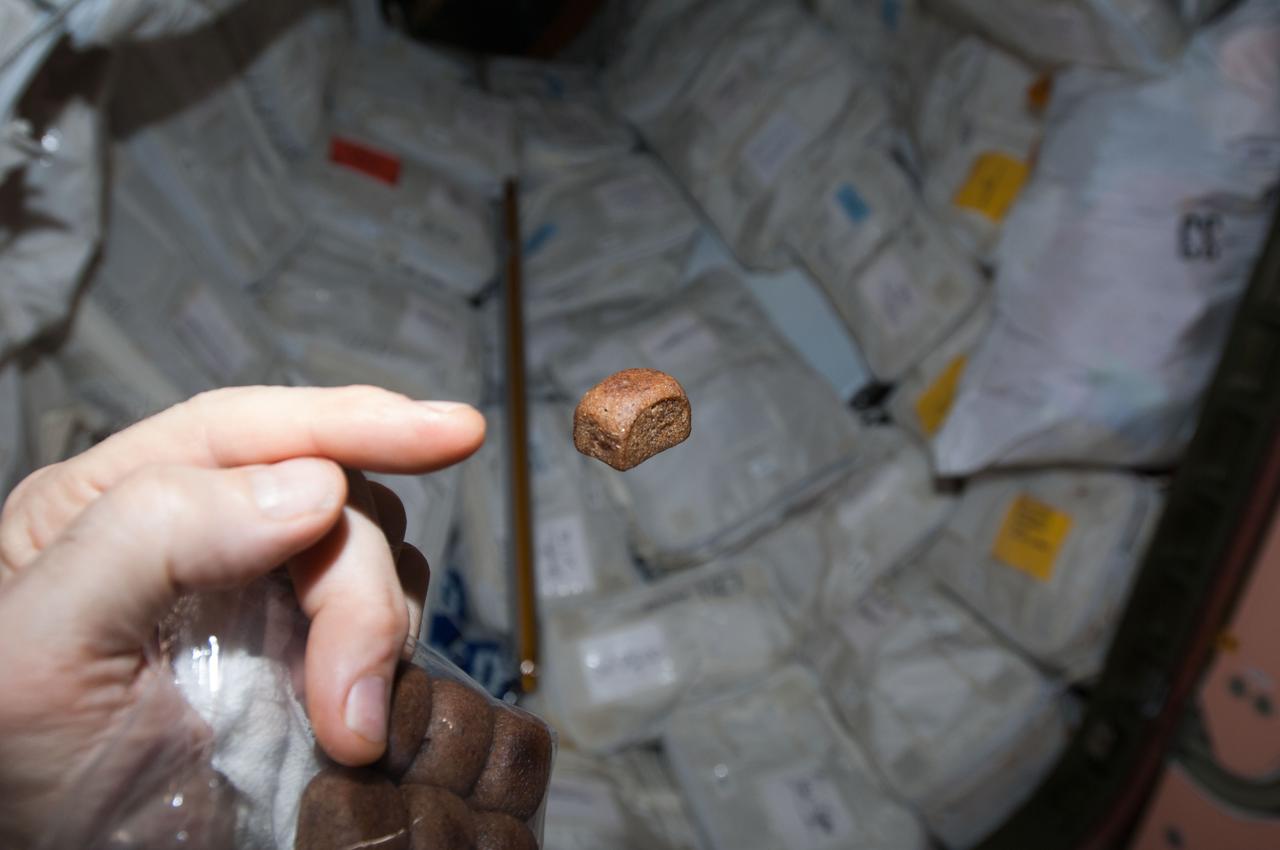 What hasn't been mentioned yet is the problem Fisher solved with the "Space Pen": Normal ball point pens need gravity to pull the ink down towards the ball at the bottom; they would not write for extended periods of time against or even without gravity. According to the Wikipedia page ball point pens were popularized in the U.S. only in the 1950s by Marcel Bich through the now ubiquitous Bic brand. They were as much bleeding (or hopefully not bleeding!) edge technology as space travel itself. The "Space Pen" had a pump mechanism which could pressurize the ink reservoir, thus forcing the ink towards the ball.

Of course, chalk is not subject to the complications of fluid dynamics under zero gravity ; there is no flow of substance but just abrasion, which works under about all conditions which does not melt, evaporate or otherwise compromise the two surfaces involved.

21
Why is dust such a problem in microgravity? Wouldn't proper air circulation and filtration take care of it?
15
Why was there a miniature bread on the ISS?
14
Did astronaut Scott Kelly eat cake in space?
3
Zero gee rice cooker for BFR's trip around the Moon; how would that work?

12
What is the most sustainable method of recycling (human) solid waste on a manned space vessel?
18
What is the largest hurdle of the mission to Mars?
19
Was LC39A built with a rocket much larger than the Saturn V in mind?
9
Can crewed rocket programs be accelerated in light of the Soyuz failure?
21
Why is dust such a problem in microgravity? Wouldn't proper air circulation and filtration take care of it?