This summer, Ingenuity found a track that could yield interesting science results. Has Perseverance driven down South Seítah yet? If not, has the possibility of sending Perseverance there been abandoned? 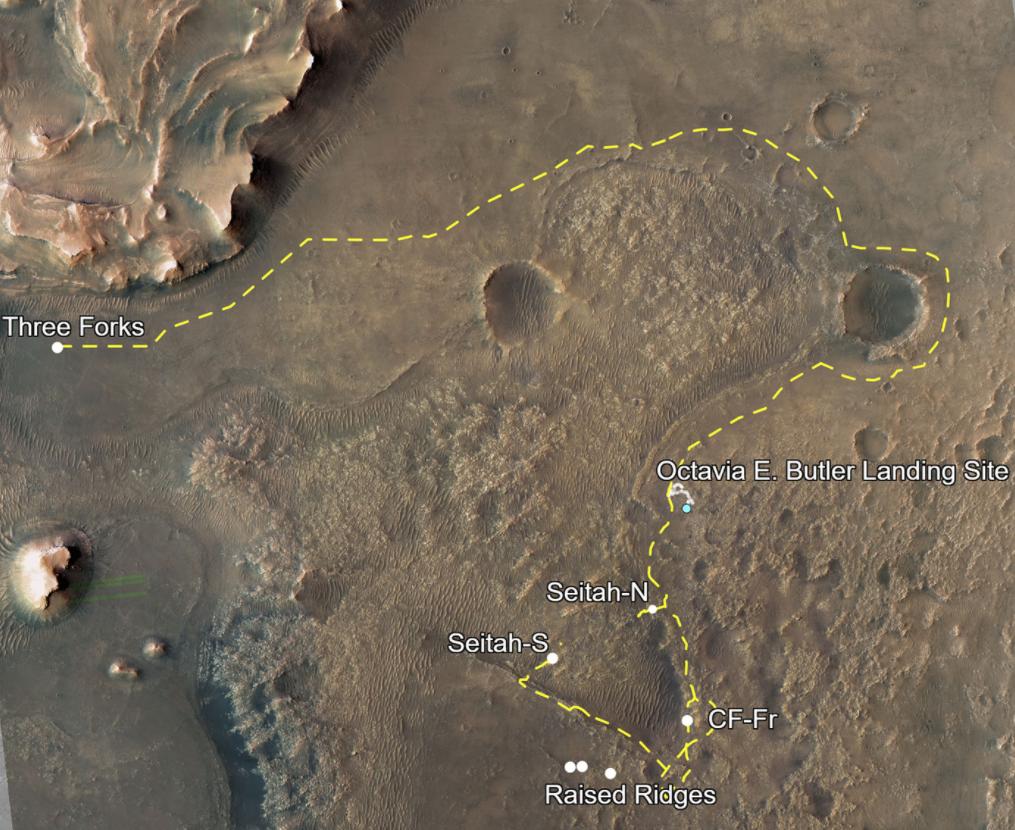 This is a screenshot from an image on the NASA twitter which shows the South Seitah region. 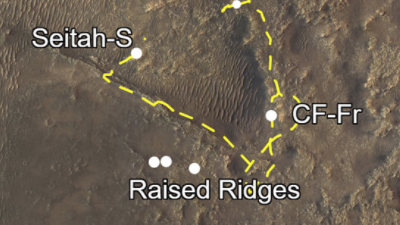 Perseverance is now close to the bend on the westward going part of the route to Seitah-S.

According to Kenneth Farley on august 20, on the MARS PERSEVERANCE ROVER blog:

After Citadelle, we'll have to figure out where to head next. More than likely, we'll continue our westward trek to South-Seitah where we expect to find very different rock outcrops and boulders to scrutinize.

Citadelle is the location where Perseverance collected the first Mars rock sample. on september 7, 2021.

But on august 25, Kenneth Farley wrote:

"What this image may be saying is, we don't need to drive further west to obtain the best geologic variety of this first science campaign," said Farley. "If we decide to make the trip to South Seitah, we've got some valuable intel on what we'll encounter. And if the decision is to stick around 'Artuby Ridge", the rover's current location, we'll have saved valuable time. It's a win-win."

Not the answer you're looking for? Browse other questions tagged rovers perseverance or ask your own question.

59
Curiosity: Why did they "reinvent the wheel" instead of using pressure tires?
1
Why is it so important to visit Columbia Hills in Gusev Crater again?
1
Did mission control track Perseverance in real time during its landing?
4
Download all Perseverance Raw Images
9
Is Perseverance unable to move?
11
Why did NASA release Perseverance (rover) videos with a stop motion effect?
2
Did Perseverance get an experimental optical communications terminal?
1
At what Mars-time did Perseverance land?