How did Sputnik 1's antennas couple to its body, electrically and mechanically?

It shows details of its four rod antennas and the fixtures that connect each to the body of the spacecraft mechanically. The connections appear to have both shiny and black parts and possibly a little coil of wire dangling near the base. It looks much more complicated than I'd originally envisioned.

Question: How did Sputnik 1's antennas couple to its body, electrically and mechanically?

Are there insulators, hinges, springs, electrical vacuum feedthroughs, coils, capacitors or matching networks or other important parts? It looks like a lot of work went into designing and building these antennas! 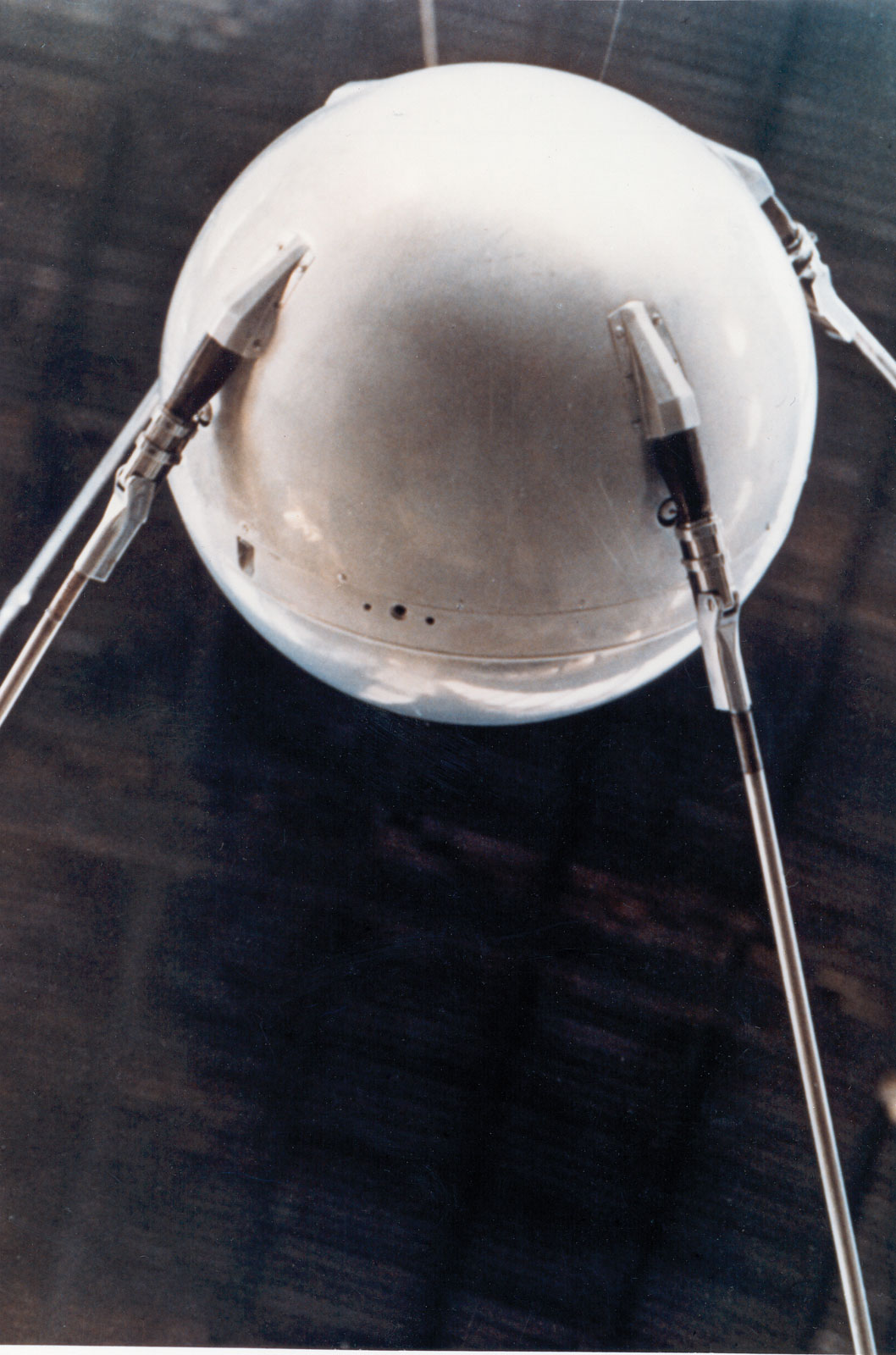 A model of Sputnik 1, the first artificial satellite. Sputnik I was launched October 4, 1957. NASA History Office

Sputnik 1 was filled with nitrogen to detect damages by micrometeroites causing a leak and a pressure loss. Therefore electrical vacuum feedthroughs were needed to connect the antennas to the transmitters.

Sputnik’s antennas consisted of four whips attached to the aluminum enclosure through insulators that were spaced symmetrically around the circumference of the spherical casing. These elements extending at a 70 degree angle to each other and gave the satellite its iconic shape. The antenna configuration was a compromise between simplicity, the space constraints of the launch vehicle and function. During launch, the antenna elements were compressed against the side of the rocket at an angle of 45 degrees and were held in place by clips and a conical shroud that protected the satellite. Only part of the antenna was covered by the shroud, leaving a significant portion of the element exposed during its trip to orbit. When the satellite reached orbital altitude and velocity it was separated from the launch vehicle and the elements were freed to assume their 70 degree angle of separation (Figure 5).

The antennas are described as matched pairs, one 2.4 meters and the other 2.9 meters in length. The available literature gives no information on the electrical characteristics of the antenna system but it is probably safe to assume that they were some variation of a center-fed dipole with the longer pair radiating the 20 MHz (14 meter) signal and the shorter pair set up for 40 MHz or 7.5 meters. 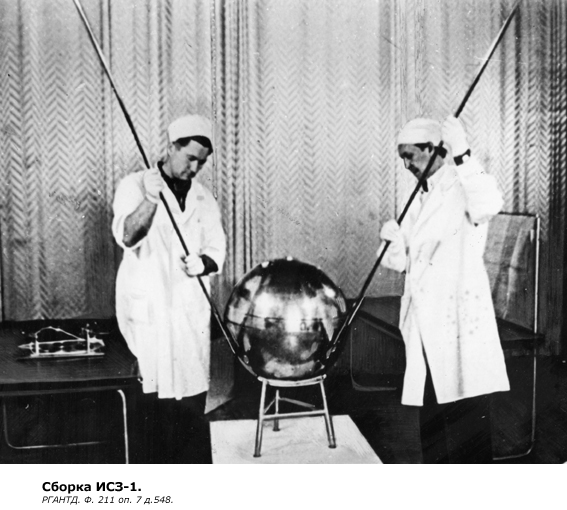 A flexible mount of the antennas was needed for the 45 ° angle during launch and the 70 ° angle after separation.

To emit as much as possible of the transmitter power by the antennas probably a matching network of inductors and capacitors was used. An unmatched antenna would waste too much of the precious transmitter power of only 1 watt.

Not the answer you're looking for? Browse other questions tagged design electronics antenna mechanisms sputnik or ask your own question.

6
How are phased array antennas used in spaceflight? Benefits and limitations
17
Why did Sputnik 1 have four antennas?
5
How is GAIA's phased array configured, mechanically and electrically?
2
How did Russian Scientist analyse the data from Sputnik 1?
1
How do Inmarsat 5 F4's beams correspond to all of these antennas and feeds?
4
How were the 100+ antennas around Telstar 1 and 2 configured?
1
How did Luna 3's pivoting antennas and ribbon antennas work?
4
Why did Sputnik-1 transmit on both 20 and 40 MHz?
36
Did Sputnik 1 tell us more than "beep"? What science was improved by information gained from its orbiting the Earth?