Who designed the cool-looking Orbita Molniya tracking station at Khabarovsk? What does it look like inside?

Orbita (Russian: орбита) is a Soviet-Russian system of broadcasting and delivering TV signals via satellites. It is considered to be the first national network of satellite television.

The Orbita system is based on communication satellites in highly elliptical Molniya orbits, as well as on many ground downlink TV stations for reception and relaying TV signals to antennas of TV sets of many local areas. The full deployment of the Orbita satellite system took place on 25 October 1967 when ground downlink stations of some cities of Soviet Siberia and the Far East began to receive regular TV programmes from Moscow-based uplink stations via a constellation of Molniya satellites.

and includes the image below, of a large dish on an altitude/azimuth mount. I used this in How exactly did ground stations track the early Molniya satellites? where I've asked about what it was like to track them, but after taking a second look at the photo I realize this station actually a cool piece of architecture as well.

The station sits directly below the dish. It looks like it's either one high story or has two stories, both with windows, and the upper part with 45 degree angled windows all around; a bit like a space ship.

The rectangular cross-section support pillars of the weight of the dish distributed around the circumference appear to be angled in different directions rather than radially.

I'm really curious about the architect and the work they did to make the satellite tracking station both solid/functional and attractive and somewhat futuristic-looking.

Question: Who designed the cool-looking Orbita Molniya tracking station at Khabarovsk? What does it look like inside? 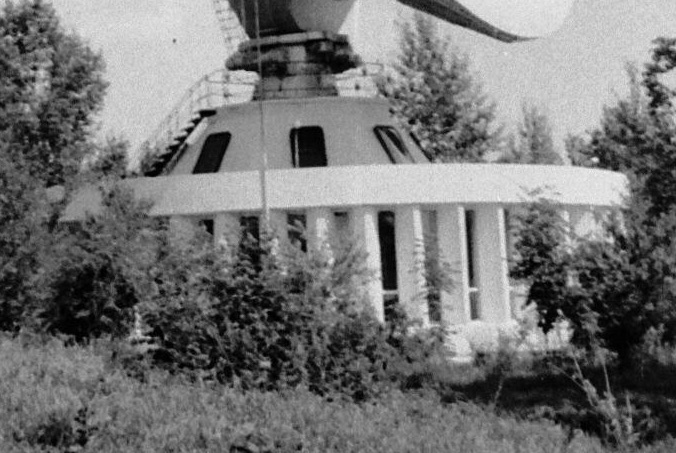 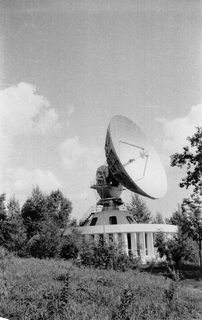 The inner hall can be seen, for example, here. 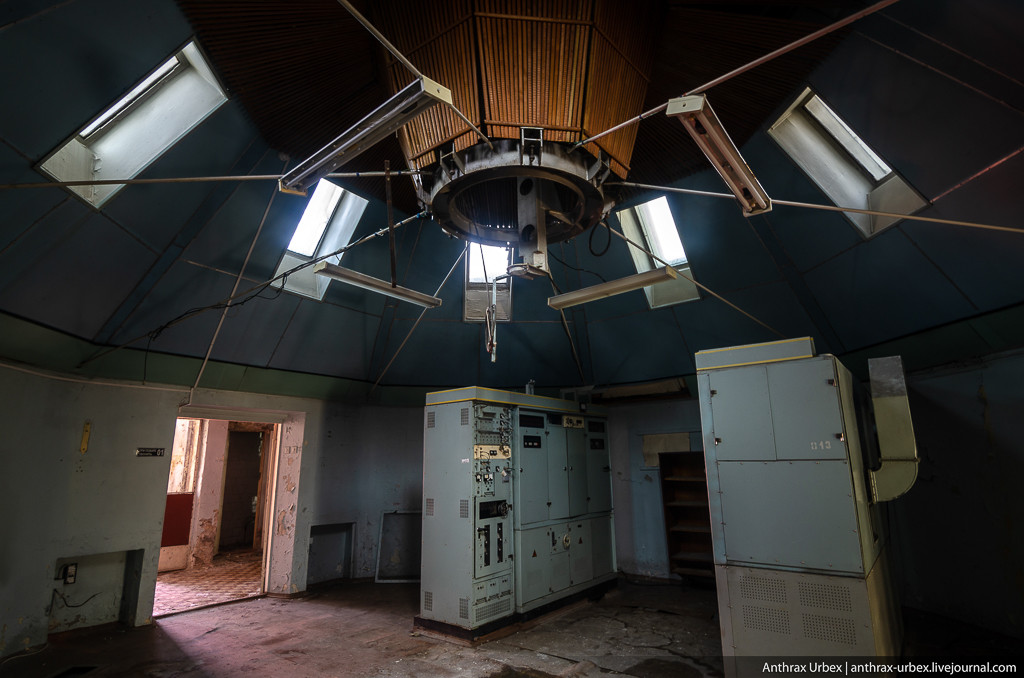 Not the answer you're looking for? Browse other questions tagged russia soviet-union commercial space-art ground-station or ask your own question.

2
How exactly did ground stations track the early Molniya satellites?

8
What does Zvezda alone lack from being a capable space station?
5
What are the benefits of building an amateur satellite ground station?
5
Who does these mesmerizing simulations of the phases of the Moon? And how?
1
What do these Formosat-5 patch images mean - who designed them?
5
How does the Satellite Networked Open Ground Station operate? How is it used?
4
Who is the NASA Space artist of this circa 1978 satellite montage? Does a key listing each item exist?
4
Difference between collecting satellite data and tracking its position
1
How were Soviet/Russian aircraft used to track and/or communicate with spacecraft?
2
How exactly did ground stations track the early Molniya satellites?