What did Intelsat-1 do in 1990 for its 25th anniversary brief reactivation? Could it be reactivated again? Is there a secret code? 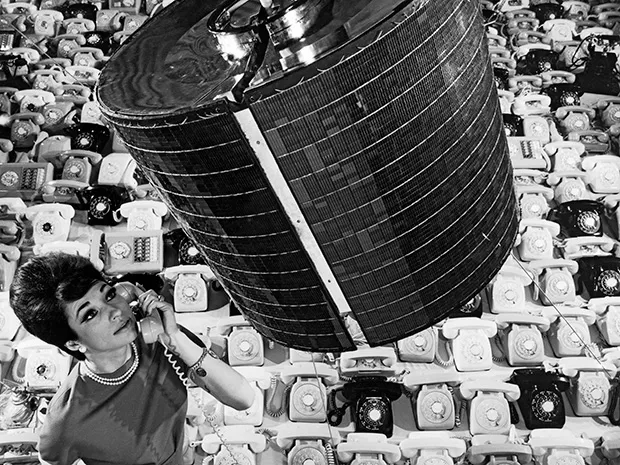 From This Is What Broadband Satellite Communication Looked Like in 1965

The Intelsat 1 “Early Bird” communications satellite, built by Hughes Aircraft Co., was able to relay 240 simultaneous phone conversations between Europe and North America. But having all 240 lines apparently originate in one room in Los Angeles, as this Hughes publicity shot seems to suggest, would undoubtedly have created a slight bottleneck.

Intelsat 1 was the world’s first commercial communications satellite. Launched in 1965, it was placed into geosynchronous orbit above the Atlantic Ocean, where it remained operational for four years. In addition to carrying 240 voice transmissions, the satellite could relay telegrams, television signals, and whatever the 1965 equivalent of “high-speed data” was; however, it could do only one of those things at a time. Intelsat 1 was briefly reactivated in 1990 to celebrate its 25th anniversary. It’s still orbiting, inactive, presumably waiting for its 125th.

Question: What did Intelsat-1 do in 1990 for its 25th anniversary brief reactivation? Could it be reactivated again? Is there a secret code necessary to do this?

17
Why did the Vanguard rocket use a solid engine for its third stage?
16
Did Michael Collins ask for a fourth gimbal for Christmas? Is there a recording or transcript?
2
At what conference did the "von Kármán line" arise, and was discussed for the first time?
3
Why exactly did ESA provide a grant funding blockchain in space? Which program was used for the funding? What will this do?
12
What programs did David Scott add to the Apollo computer for Apollo 15?
36
Did Sputnik 1 tell us more than "beep"? What science was improved by information gained from its orbiting the Earth?
7
What was the first Soviet spacecraft that could recharge its battery it each orbit? Where were the photovoltaic cells made?
10
Is there a record for unbroken series of "successful launches" by some objective criteria? Who has it now? What has to happen for it to change hands?
1
Did the Voyager spacecraft use a Golay, a Reed-Solomon and/or a Hamming code for data transmission encoding for error correction? (Need clarification)