What flag is flying over the landing site of the Shenzhou 12 crew astronauts returning from Tiangong? What does it say?

A trio of Chinese astronauts touched down in the Gobi Desert after completing China's longest space mission so far.

A large red flag can be seen flying directly behind mission commander Nie Haisheng in the short video. It has a circular emblem in the top left corner and six Chinese characters written in gold.

Question: What flag is flying over the landing site of the Shenzhou 12 crew astronauts returning from Tiangong? What does it say? 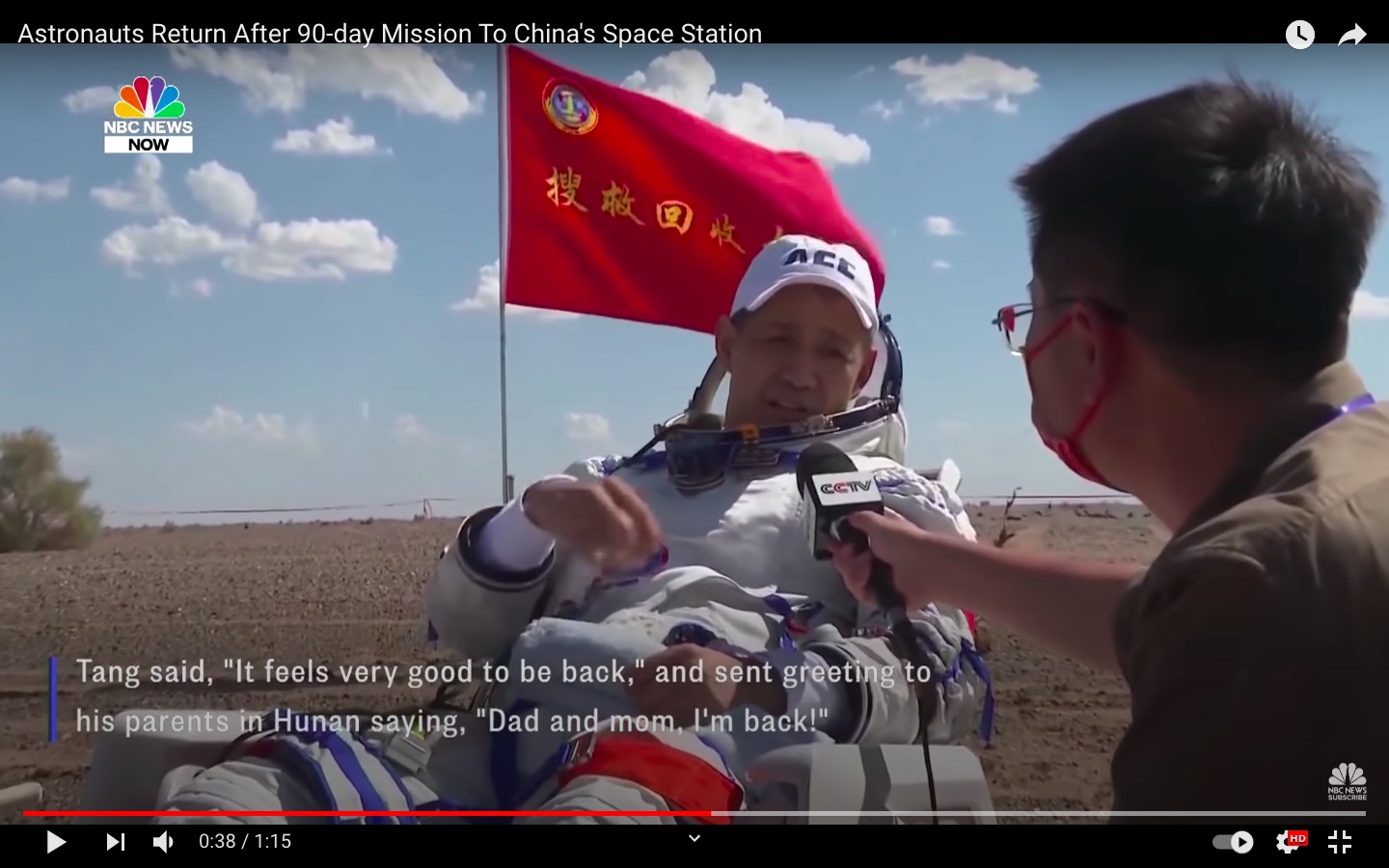 The characters in the flag appear to be "搜救 回收大队" which Google translate gives as: "Search and rescue recovery brigade"

Though I haven't found a direct link to an organization with that flag, all the references point to it being the search and rescue unit of the Jiuquan Satellite Launch Center

This article describing the Shenzhou 12 landing has some relevant notes.

The article is in Chinese, quotes below are from Google's auto translation

Bian Hancheng, deputy chief designer of the landing field system of the manned space project and researcher of the Jiuquan Satellite Launch Center, introduced that due to the large undulating sand dunes of the landing field, it is easy to block the line of sight, which increases the difficulty of search, disposal and transportation. In order to welcome the astronauts triumphantly in the most reliable, safest, and warmest way, the search and rescue team of the Jiuquan Satellite Launch Center has long woven a "world network" and trained "search and rescue soldiers."

The soon-to-be-started mission of the Shenzhou-12 return capsule is the first time for this unit to perform the search and rescue of manned return capsule, which is also a fresh challenge for the systems in the Dongfeng landing site.

The search and rescue team of Jiuquan Satellite Launch Center are busy training in Gobi Desert. Today, the #Shenzhou12 astronauts have been in orbit for 90 days...

Which links to this article https://mp.weixin.qq.com/s/w4ZdI21mrJ61j_d8XTLYGw (in Chinese - again using google auto translate)

At the bottom of this last article is a larger graphic that contains this logo which may be a variant of the emblem on the flag (note that it's not clear that this is an "official" logo. My Chinese is not good enough to make sense of all the text in the full graphic)

Not the answer you're looking for? Browse other questions tagged landing identify-this-object china cnsa tiangong-space-station or ask your own question.

10
How accurate is this Apollo Command Module replica, and why would it be copper-colored?
2
Why does "Tim Peake's capsule" look like it's copper now?

13
Why does Blue Origin land the crew capsule separate from the booster?
3
What measures were taken to clear wildlife from the Shuttle Landing Facility?
5
How does SpaceX Falcon 9 keep balance while it is near to the landing site?
3
Besides landing several folks on the Moon and returning them safely to the Earth what criteria did Human Landing System proposals to NASA meet?
4
What's this dark, ceiling-mounted hemisphere in Tianhe module of Tiangong space station? Any counterpart on the ISS and if so what does it look like?
3
What orbit-raising propulsion system will Tiangong use, and how does it differ from that of the ISS in terms of performance and technology?