Why were the Apollo 12 astronauts tasked with bringing back part of the Surveyor 3 probe?

Based on the NASA website, Apollo 12 astronauts walked all the way to the Surveyor 3 landing site, detached part of the probe and brought it back to Earth.

They could have instead explored parts of the Moon that hadn't been observed by Surveyor 3, or brought back more Moon rocks, so the part of Surveyor 3 that they brought back must have had some scientific value. Moreover, the procedure of detaching part of the probe could have been hazardous, since the astronauts had to stay uphill of the probe just in case it started to slide. What justified this risk?

What was the point in bringing part of the Surveyor 3 probe back to Earth?

The Surveyor 3 hardware had spent several years exposed in space. Until this point most 'samples' had spent at most a couple of weeks in orbit, with the exception of a sample collection plate recovered by Gemini 10 from the Gemini 8 Agena target vehicle after 6 months.

Space exposure is hard to simulate and, prior to the ISS making this much easier, several dedicated missions had flown just to expose materials and equipment at non-zero cost and risk.

Apollo 12 gave the first opportunity to see large amounts of material after several years exposure. In particular, the camera was of interest for robot missions, where having the camera work for years would be required, since this particular camera had failed for reasons that were unclear.

There was also scientific interest in the material that had accumulated over a known period in/on the surface. Collected lunar rocks provide information, but it can be unclear how long they had been bombarded, whereas the paint of the craft was of known age and composition, so changes could be quantified and used to quantify changes in the rock samples.

The full report of this is available. The summary includes the words:

These results indicate that the state of technology, even as it existed some years ago, is capable of producing reliable hardware that makes feasible long life lunar and planetary installations.

suggesting that, at the time, the most interest was in designing future space craft that needed to operate for years, and that this study proved that it was indeed possible.

The studies included 12 on the the parts with view of improving future craft, four on organic contamination and success or otherwise of sterilization measures (of interest for Mars missions), 7 on micro meteorites, 9 on long term radiation exposure and one on the surprising amount of damage done by the somewhat distant touchdown of Apollo 12, highly relevant to any future multi craft missions.

It is however probably relevant that none of the following missions landed near existing hardware, suggesting that the perceived value of doing so was lower.

The priceless opportunity to get data on the effect of the environment on equipment that had been on the moon.

It is one thing to collect Moon Rocks, which also contain a lot of information about these sort of things. But a moon rock only tells you what it is now, not so much about how quickly it got to that state.
The chance to examine man-made materials and equipment that had been exposed to the Moon surface conditions for a precisely-known period of time, in a known location, and most importantly with the material having an exactly known starting condition, was an invaluable source of data on Moon conditions, environment and weathering.

NASA wanted to see the change of the Surveyor parts caused by the stay on the Moon. 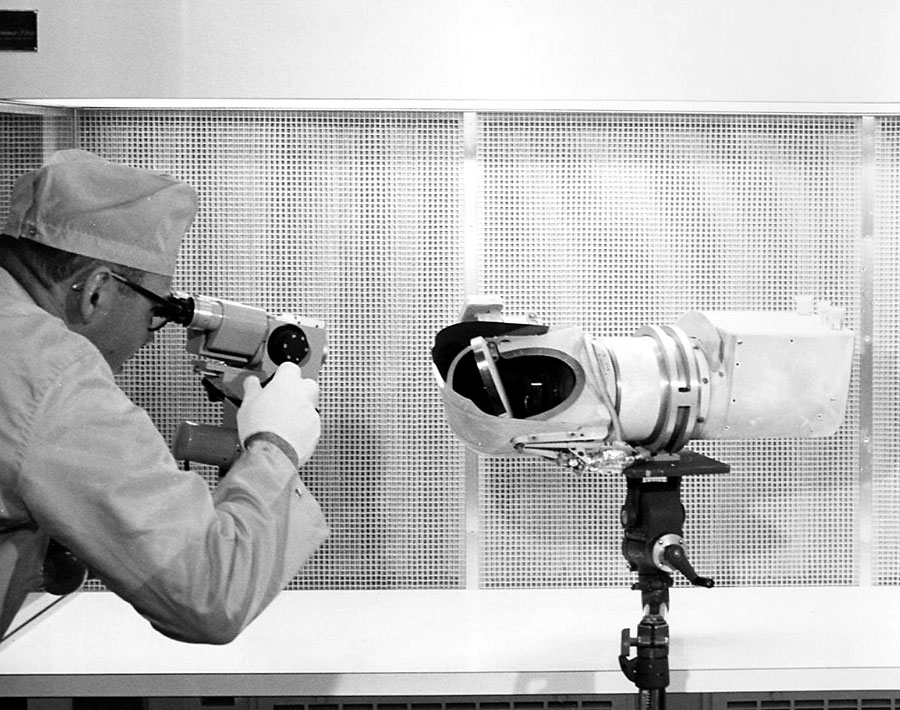 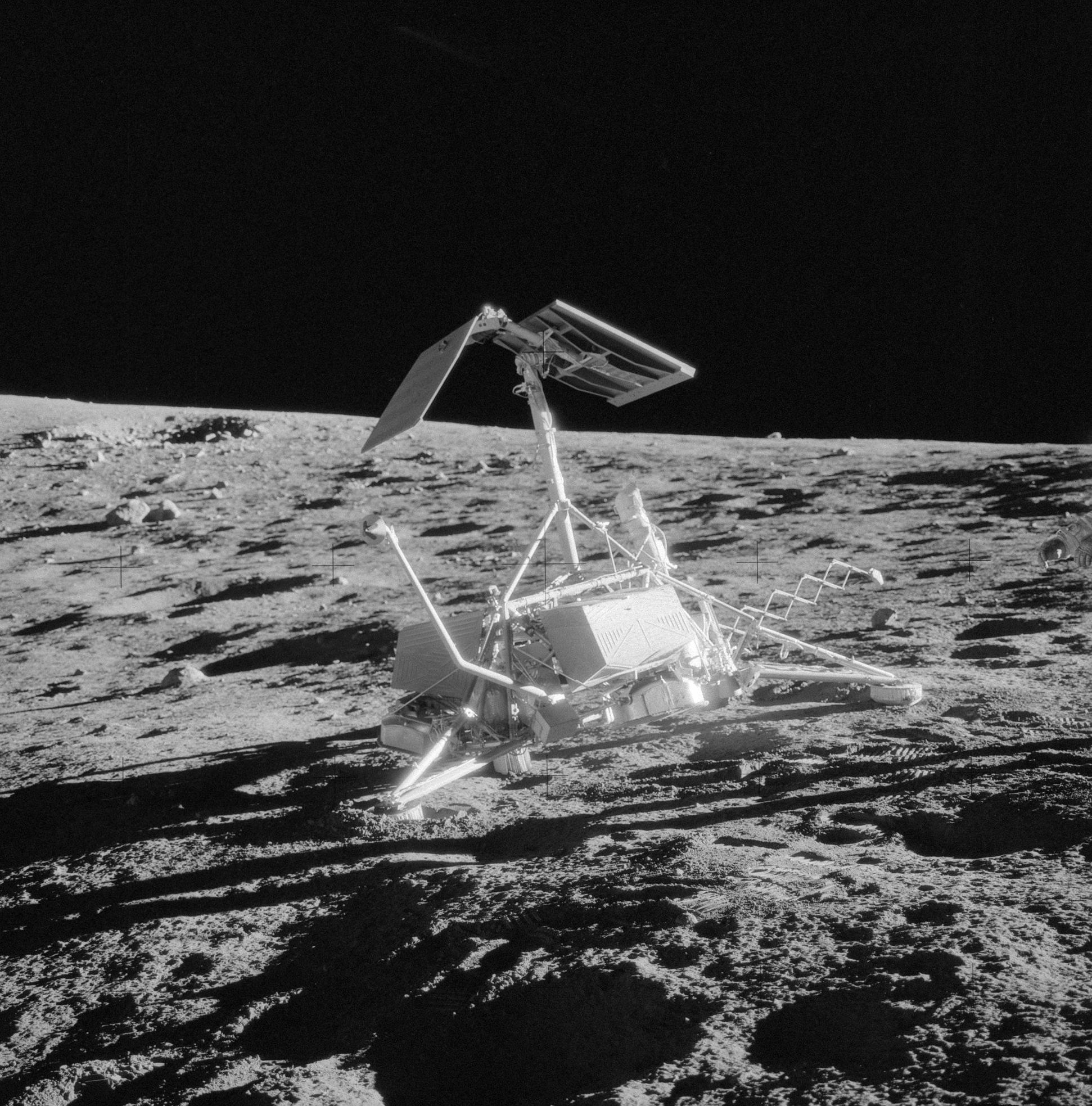 The Surveyor III TV camera is on display at the National Air and Space Museum in Washington D. C. Photo by Ulrich Lotzmann. See, also, a photo of the camera being examined at the Hughes Aircraft Company in April 1970.

A report "Analysis of Surveyor 3 material and photographs returned by Apollo 12" of 308 pages was written. See the table of contents on page 6 to 9.

The landing site selected for Apollo 12 (Figs. 6, 7, and 8) was chosen with the objective of perfecting pinpoint landing techniques by targeting for a site near Surveyor III. The landing ellipse was selected with Surveyor III at its center. The landing constraints for this site were similar to those of Apollo 11. However, since the Apollo 12 landing site was at 23° West (Fig. 6), only one site farther west could be selected as a backup (Site 5, Fig. 3), providing launch opportunities on only two days each month. A relief model of the landing site was prepared for training astronauts Conrad and Bean. Apollo 12's eventual touchdown less than 200 meters from Surveyor III demonstrated conclusively the accuracy capability of the Apollo system and justified plans for more ambitious future missions.

The very first paragraph of the mission report also describes the importance of a precision landing to future missions:

The Apollo 12 mission provided a wealth of scientific information in this significant step of detailed lunar exploration . The emplaced experiments, with an expected equipment operation time of 1 year, will enable scientific observations of the lunar surface environment and determination of structural perturbations. This mission demonstrated the capability for a precision landing, a requirement for proceeding to more specific and rougher lunar surface locations having particular scientific interest.

("Emplaced experiments" refers to the ALSEP package left behind, not the Surveyor III parts brought back.)

Thus, the primary objective of the flight was to perform a precision landing. Surveyor III was an easy target by which to measure how well that goal was met. It also allowed the ability to bring back parts of the lander, but that was only a secondary objective.

Not the answer you're looking for? Browse other questions tagged apollo-12 surveyor-3 or ask your own question.

24
How did Apollo-12 manage to land next to Surveyor-3? First "Space-Tourists"?
18
How important is plume impingement in rendezvous operations?
9
What was learned from study of Surveyor-3's components, retrieved and returned to Earth by Apollo-12?
7
No color photos of Surveyor 3 taken during Apollo 12 EVA?
3
Which Apollo 12 astronaut is shown examining the Surveyor 3 lander in this photograph?
3
Other than Surveyor 3, were any landers within rover distance of Apollo?
1
Exactly what was Surveyor 3 doing with a spring-loaded boxing glove-like device?

24
How did Apollo-12 manage to land next to Surveyor-3? First "Space-Tourists"?
3
Which Apollo 12 astronaut is shown examining the Surveyor 3 lander in this photograph?
15
Why did they use uprighting bags in different sizes for the Apollo CM?
4
Did Conrad and Bean balk at entering the 650-foot-wide Surveyor Crater, or just express concern? What data had they seen?