What's the escape velocity at the near/far end of Phobos considering tidal forces?

At the Roche limit tidal forces disintegrate bodies. A rock or a human would just float away from the points nearest/farthest from Mars. The tidal forces must be higher for rigid bodies than rubble piles or even fluids. Phobos obviously hasn't reached the limit, yet, but it's stripes indicate that ripping is going on, IIRC.

Wikipedia says Phobos' escape velocity is 11.39 m/s (41 km/h), but a single number can't speak about the variable velocity that depends on location.

Phobos also has about 3 m/s (11.0 km/h) equatorial rotation velocity at its longest axis.

Could we jump off Phobos there? An unreliable source says that "A 70Kg human can reach a velocity of 6 m/s at the time they leave the ground." with a vertical jump. I suggest wearing a space suit, at least a mechanical counterpressure suit.

I created a crude surface gravity map of Phobos using a Digital Elevation model (DEM) available on Astropedia$^1$. I assumed a uniform 1000 meter 3D grid of equal mass blocks to find the gravity field at the surface: 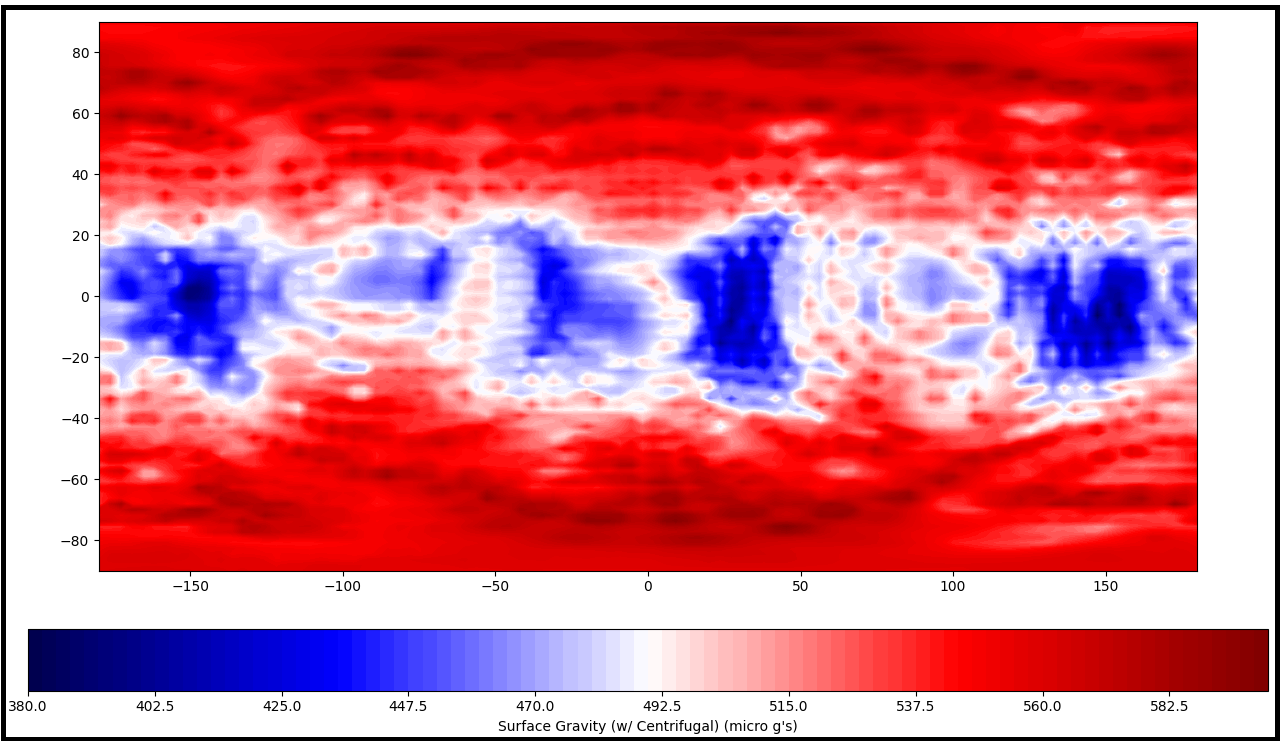 The reference frame of Phobos' surface is not inertial and thus the centrifugal force must be accounted for (and is accounted for). The 0° longitude point is (I believe) the sub-Martian point as Phobos is tidally locked to Mars.

Phobos is so lumpy and small (note the units above: µg's), the local "down" direction can vary significantly from the center of mass: 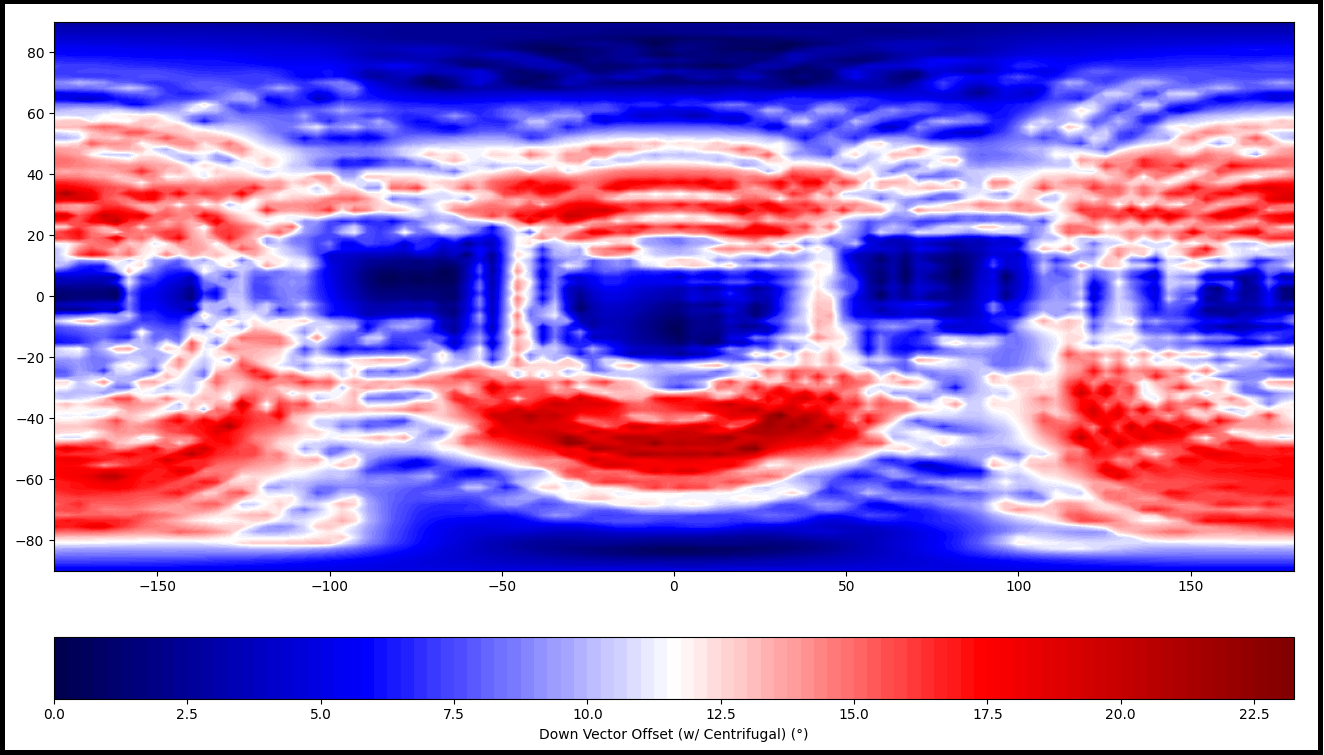 The unreliable source does indeed seem ... unreliable. Luckily it's not that hard to figure out how fast a person jumps if you know how high they can jump:

Simulating both of these scenarios in a simplified model of a spherical Phobos in Mars orbit shows (jumping in towards Mars): 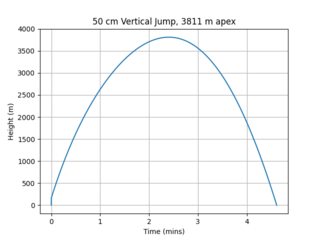 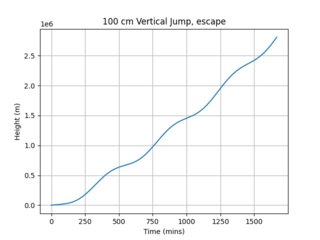 So yes you could jump off of Phobos, if you were an elite basketball player...and could jump on Phobos. You gotta get down to get up.

I think the escape trajectory is better visualized as the phase error between the jumper and Phobos in Mars orbit: 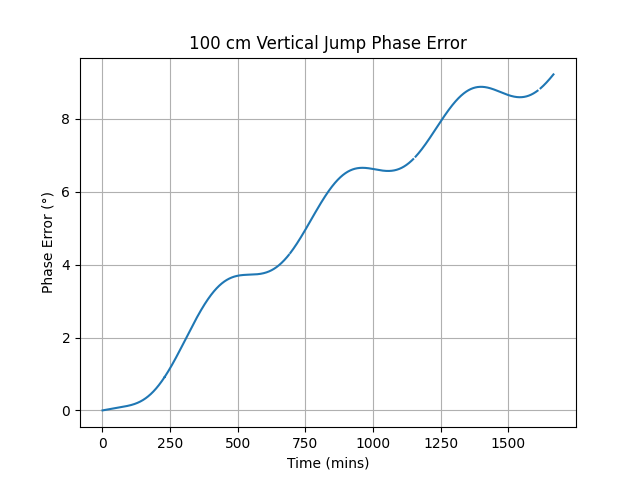 The results are similar for jumping from the antipode (far side) of Phobos.

Not the answer you're looking for? Browse other questions tagged escape-velocity phobos or ask your own question.