Number of satellites needed for global 4-fold coverage as a function of altitude? 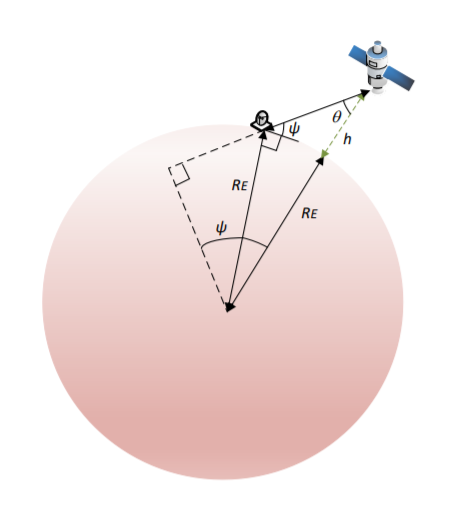 Where Phi is the cap angle and is computed as:

Where Re is the radius of the Earth, h is the orbit altitude and Alpha is the minimum elevation angle for consider the satellite in view.

To compute the numbe rof satellites I need I do:

Where N_fold is the needed number of satellites in view at any location (in my case 4). Doing this I belive I'm overestimating the number of satellites (since I'm just multiplicing the coverage of 1-fold by N). Do you have any other idea how I could solve this problem?

A_cap: area of an instantaneous coverage by a single satellite, constant in time (circular orbits), modelled as a spherical cap.

Nmin: smallest number of satellites in a practical constellation that can provide seamless n-fold coverage.

μ(n): a fitting constant, independent of A_cap, function of n.

Fortunately, such approximate relationships exist, and μ(4)~7.2, whereas μ(1)~2.

However, I don’t know of any mathematical derivation of μ(n), even for μ(1). Mostly, μ(n) is derived from testing different constellations constructed using heuristic reasonings, such as the so-called Walker constellations (Wiki).

Let’s start with n=1 to get familiar with some published results.

Figure 1, reproduced here for convenience, gives a plot for n=1 and Elevation =10° (that he called α).

As you have noted yourself, if you call Phi the Earth-centered half-cone angle of the spherical cap representing the individual coverage, then A_cap=2 π RE2 (1-cos(Phi)) So that (A_Earth/A_cap) = 2/(1-cos(Phi))

What I am claiming here is that the tight lower bound for N displayed in Figure 1 of Ulybyshev follows the trend of the relationship:

Here is a check point so that we are on the same page with the detailed calculation:

This result (μ(1) ~ 2) was obtained independently by Beste in Design of satellite constellation for optimal continuous coverage. It is paywalled but Figure 3 is available (reproduced here, ψ is the half-cone angle that we called Phi). 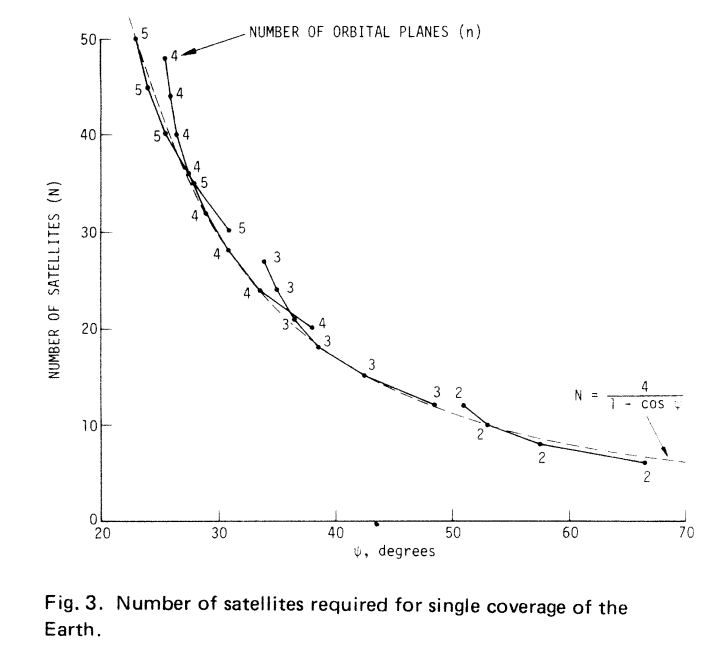 Take GPS. Since we know H (20200 Km) we can compute their Phi (66.3°), assuming that their design Elevation is 10° (a reasonable assumption for Satnav). We also know GPS requires 24 satellites. From this we can make the informed guess that μ(4) ~ 7.2, assuming that the designers of GPS did optimize their constellation for minimum number of satellites.

Some notes on your approach, which I believe is a good one as a first order approximation.

Doing this I belive I'm overestimating the number of satellites

I would rather say it has to be an underestimate.

For higher order coverings, the cover efficiency will asymptotically approach $1$, but for a 4-fold covering it's not clear that you can do better than just layering four 1-fold coverings (and even if some more clever solution exists, it's only going to be marginally better). So 20% more satellites just from the static geometry of the problem seems reasonable. 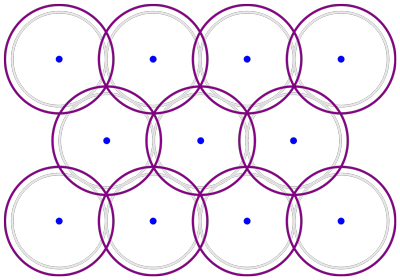 For something that's clearly an overestimate, but will work, you could place satellites in longitude planes, tight enough to provide 4-fold coverage.

Some initial number juggling gives me an efficiency maximum where the planes are 1.55 single-satellite coverage radius apart, with the satellites in a plane spaced 0.36 at radii.

This should give a provable upper bound, but is inefficient because it gives unnecessary amounts of coverage near the poles. 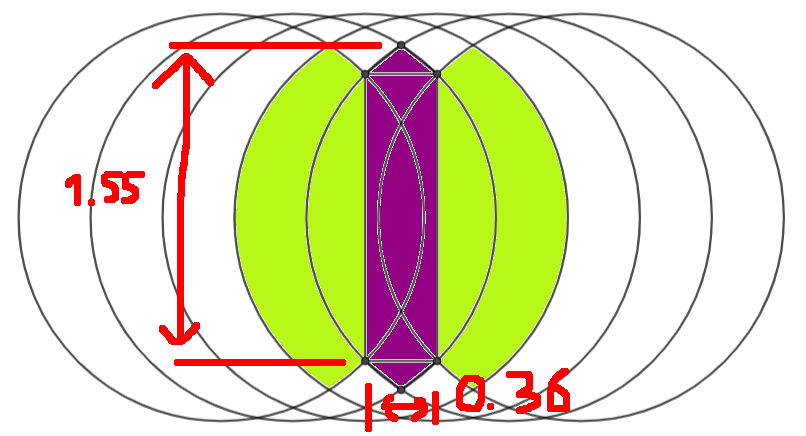 Not the answer you're looking for? Browse other questions tagged orbital-mechanics artificial-satellite orbit low-earth-orbit cubesat or ask your own question.

8
How far in the future can SGP4 make accurate predictions?
2
Manufacturing Earth satellites on Mars
25
SpaceX's 4,425 satellite constellation - what's the method to the madness?
6
Inclination maneuvers for GEO satellites
1
position of an emitter on ground from space
4
Why can't I just use dot product angles to get satellite vision of a point on Earth?