What is the appropriate term for arc length between satellites moving in the same circular orbit?

In geometry these terms are used for a circular segment: 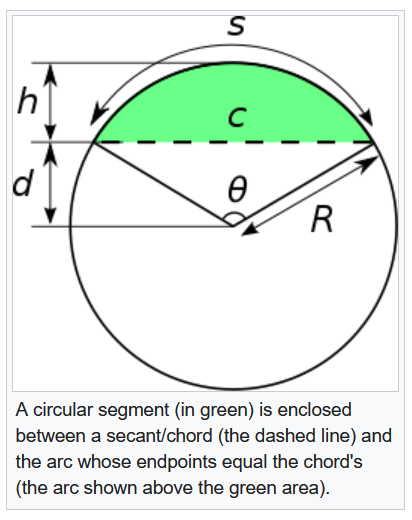 Let R be the radius of the arc which forms part of the perimeter of the segment, θ the central angle subtending the arc in radians, c the chord length, s the arc length, h the sagitta (height) of the segment, and a the area of the segment.

So arc length is the curved distance and chord length the linear distance. Arc length is used for an ellipse too, see

For an astronomical view, rather than a geometrical one:

The shape of an orbit and the position of a body on that orbit are defined by six orbital elements
https://en.wikipedia.org/wiki/Orbital_elements

I would appreciate anyone who can insert the diagram ,with attribution, from the referenced Wikipedia article)

Of interest here is the true anomaly, an angle measured along the orbit from the point closest to the central body {the periapsis) to the orbiting body at a specific moment. In the case of a circular orbit (no periapsis}, the starting point is the point where the orbit crosses from below the reference plane to above it (the ascending node).

In any case, the angle you wish to refer to is the difference in true anomaly between the orbits of the leading and trailing satellites.

Or more simply, "Satellites A and B are in the same circular orbit with given parameters, B trails A by x degrees"

Not the answer you're looking for? Browse other questions tagged artificial-satellite low-earth-orbit starlink or ask your own question.