Would it be possible to use a electrodynamic tether or similar device on or within Europa to generate electricity from Jupiter's magnetosphere?

I was reading about the idea of using an electrodynamic tether to generate electricity for satellites in Earth's orbit using the planet's magnetic field, generating electricity but gradually lowering the satellite's orbit in the process. I had the idea to use a similar device on Europa, using it's motion through Jupiter's magnetic field.

Jupiter has a magnetic field much stronger than earth, with a magnetic moment 18,000 times higher, the moon Europa is well within the influence of this field. So presumably a conducting tether placed on Europa, which is orbiting at 13,743m/s on average with respect to Jupiter would convert some tiny fraction of Europa's virtually unlimited orbital kinetic energy into electricity which could then be used to power a lander, rover, or potentially some kind of heated "drill" designed to melt through the ice.

My questions are 1) is this actually possible? and 2) Could a useable amount of electricity be generated in this way, with present material limitations?, or would the tether have to be either too massive, long or superconductive in order to generate useful electricity?

You need a current flowing through a conductor loop to generate electric power. A single long conductor does not suffice, a closed loop is needed.

Electrodynamic tethers in Earth orbit use the space plasma to close the loop. 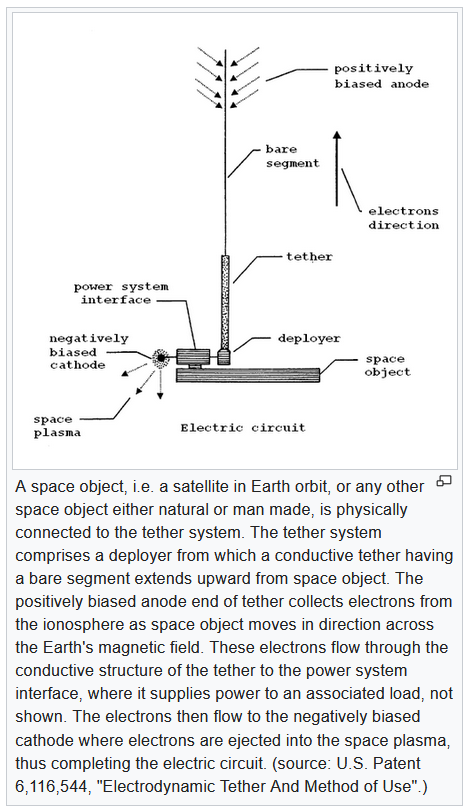 An electrodynamic tether can be described as a type of thermodynamically "open system". Electrodynamic tether circuits cannot be completed by simply using another wire, since another tether will develop a similar voltage. Fortunately, the Earth's magnetosphere is not "empty", and, in near-Earth regions (especially near the Earth's atmosphere) there exist highly electrically conductive plasmas which are kept partially ionized by solar radiation or other radiant energy. The electron and ion density varies according to various factors, such as the location, altitude, season, sunspot cycle, and contamination levels. It is known that a positively charged bare conductor can readily remove free electrons out of the plasma. Thus, to complete the electrical circuit, a sufficiently large area of uninsulated conductor is needed at the upper, positively charged end of the tether, thereby permitting current to flow through the tether.

How are the electrons moved through the tether? There is the Lorentz-force shown in the following image: 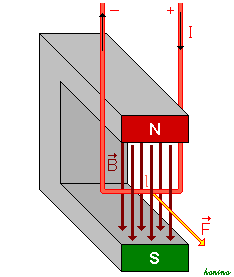 But for a tether moved through the magnetic field of Jupiter there is no outside of magnetic field, therefore the conductive space plasma is needed to close the loop for the current.

But I doubt there is a conductive space plasma on the surface or within the moon Europa.

Not the answer you're looking for? Browse other questions tagged jupiter magnetic-field europa electrodynamic-tether or ask your own question.

20
If colonists burrowed far enough under the ice on Ganymede or Europa, would the ice provide adequate protection for them from Jupiter's radiation?
5
How does not orbiting Europa maximize Clippers coverage of Europa for a given radiation dose?
3
What fraction of Terminator Tape™'s drag comes from interaction with Earth's magnetic field as a function of altitude? Is it ever important?