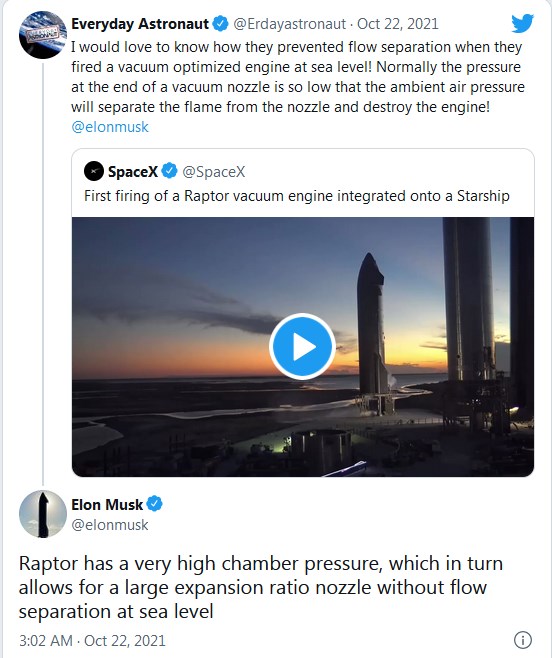 The “simplest” (mechanically) way is to chop the nozzle down for ground tests, but of course then you’re not testing as you fly- you’re testing a modified engine, not the literal flight design. For component testing, or just a first crack at engine operation, management may approve this as an initial step.

The next option is to place a liquid-cooled “donut” in the nozzle, at the rim. This occupies the space taken by separated flow, which would ordinarily take in ambient gas. The engine is now in a flight-like build, but not truly flight-like operation. Again, this is progress, not a definitive solution.

And of course, it’s the 2020s, not the 1950s. The question of nozzle flow is hardly new, and computers have had 50+ years of Moore’s law on their side. In some cases, particularly small engines, management may simply allow nozzle verification by analysis. Of course, small engines have more options for test facilities anyway, but such is the industry. That’s (partly) why plenty of firms will sell you the small thrusters.

0
How to test vaccum engines at sea level?
7
How do engineers know new engines will work nominally once they reach space?
9
Sea level static test of an upper stage possible?
9
Why does Merlin 1D Vac turbopump drive exhaust go around the nozzle?
12
Could SpaceX's Starship's landing and restart process work on Titan?
10
Can the space shuttle use OMS engines during landing?
9
How do you test-fire vacuum engines in a vacuum chamber? Why doesn't it fill up almost instantly from the exhaust and spray (deluge) water?
2
How unusual is it to test vacuum engines at sea level?

6
New BFR Engine arrangement
8
How many Raptor engines will Starship use for TMI and Mars landing?
5
Issues with multiple raptor engines working in tandem in starship
6
SpaceX Starship: Could they use the Vacuum engines during landing in case of other engine failure?
3
Are the engines present on the SpaceX Starship Sea level engines or Vacuum engines?
9
How do you test-fire vacuum engines in a vacuum chamber? Why doesn't it fill up almost instantly from the exhaust and spray (deluge) water?
4
Could SpaceX Super Heavy (Starship) Booster reach Earth orbit without starship on top?