As you can see in this animation

time 11:45 >, during latter Shuttle missions EVA airlock was placed in payload bay and used both for docking with ISS (with orbital docking system on top of it) and for astronauts spacewalks. All while orbiter was turned upside down to protect crew against debris strike and payload bay was open to allow radiators to radiate heat. During missions with spacelab, Crew cabin was always connected through access tunnel with spacelab and between them was EVA airlock with ODS. https://lh5.ggpht.com/_1wtadqGaaPs/TF6EG3y7VlI/AAAAAAAAPAk/zBp7Hd2AvtU/tmp3D23_thumb1_thumb1.jpg?imgmax=800

But for early Shuttle missions orbiter EVA airlock was placed inside the Crew Cabin (next to entry to payload bay) and they made spacewalks through this entry to the payload bay. Where was then ODS (orbital docking system) placed on missions with internal airlocks ?

During spacelab missions, Crew cabin must be connected with spacelab through access tunnel, which had already EVA airlock mounted on tunnel adapter to orbiter, so were internal airlocks ever used for missions with spacelabs ? Why would they need two ?

The shuttle had a wide variety of airlock / tunnel / pressurized payload bay module configurations that were used over its long history.

Driving these configurations were some general, common sense rules.

And the major configuration differences between Orbiters important to this topic:

Here are different configurations that were used, and why.

The original Orbiter configuration. Used for missions which did not dock and did not have a pressurized module installed in the payload bay. EVA through hatch in aft bulkhead.

The later Orbiter configuration (except for OV-102 (Columbia) which was never modified). Used for missions which did not dock and did not have a pressurized module installed in the payload bay. EVA through aft hatch of external airlock.

This addresses your specific question

so were internal airlocks ever used for missions with spacelabs ? Why would they need two ?

Used for non-docking Spacelab missions. EVA through hatch in transfer tunnel. A hatch in the tunnel aft of the EVA hatch prevented depressurizing the Spacelab during EVA.

They didn't have "two" as you asked about. The EVA hatch in the tunnel adapter was not an airlock per se. The internal airlock and the section of tunnel up to the hatch aft of the EVA hatch were depressurized for EVA. 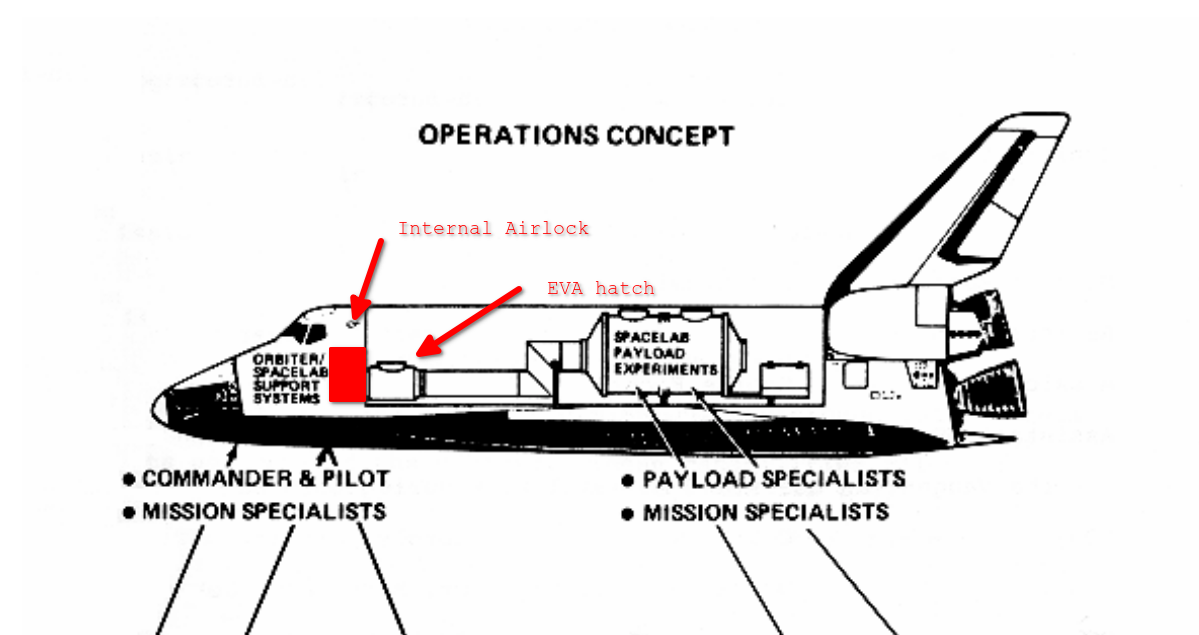 This answers your specific question

Where was then ODS (orbital docking system) placed on missions with internal airlocks ?

Used for early Shuttle-Mir missions (i.e. STS-86) before the Orbiter had the external airlock mod done. Provides for docking, EVA through hatch in the forward tunnel adapter. 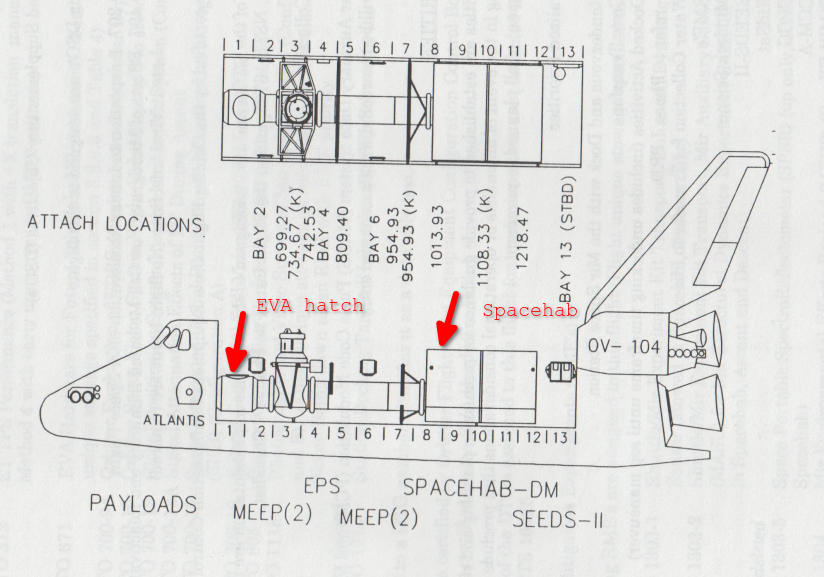 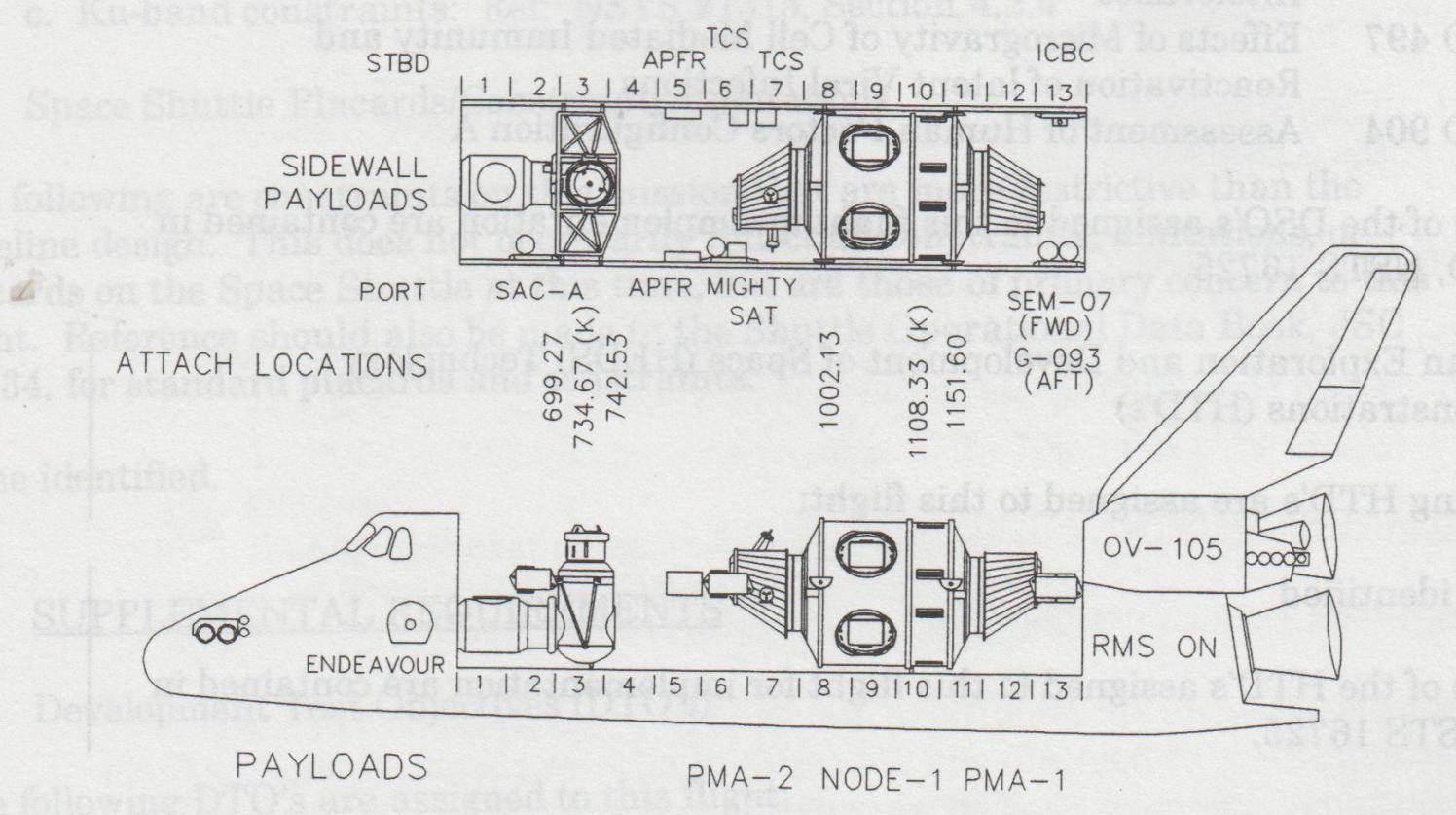 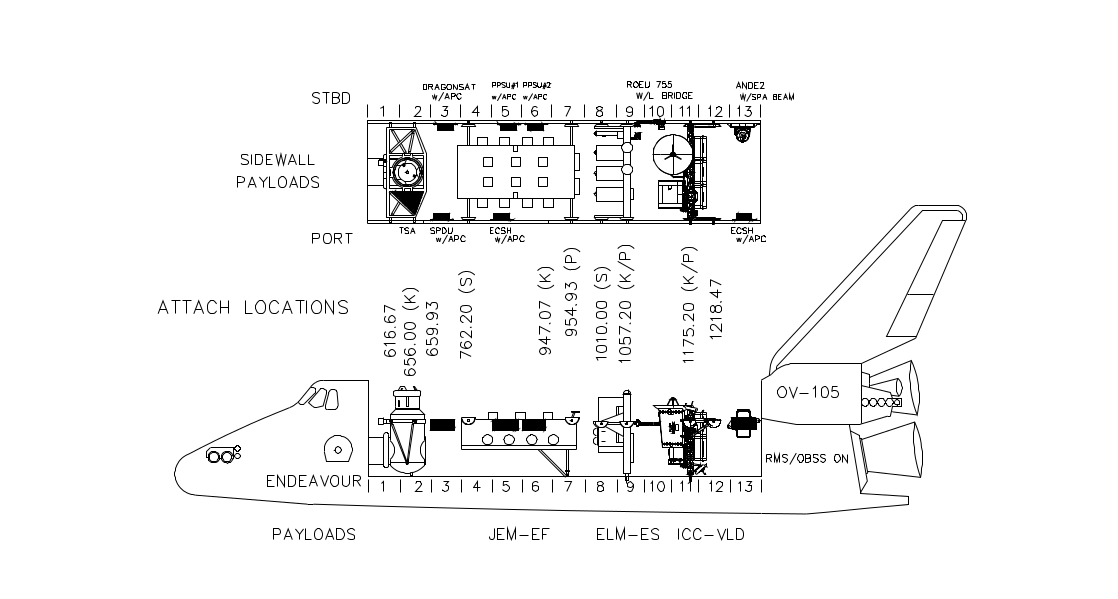 8
Did every shuttle flight after STS-5 carry EMUs onboard?

12
Could Orion repeat any of the Hubble Space Shuttle servicing missions?
15
Why is this astronaut placing a radar reflector?
8
Could Space Shuttle's wings be diminished?
12
How was the airlock installed on the Space Shuttle mid deck?
11
Why did Columbia’s planned flight manifest have a five-year gap with absolutely nothing in it between 2004 and 2009?
13
How was the Space Shuttle Orbiter used for ISS Reboost?
27
What were the differences between the STS Orbiters?
1
What are "applied moments of inertia" in the context of STS-61B's EASE/ACCESS?