The extremely cool NASA JPL video Triumph at Saturn (Part I) is really worth a watch and/or listen.

At about 45:45 it discusses the period after SOI (Saturn Orbit Insertion, July 1, 2004, 02:48 UTC) when the first images started coming in of Saturn's rings. In a JPL press conference later the same day, Carolyn Porco, Cassini Imaging Team Lead says:

I don't think you have to be a ring scientist to imagine what last night was for us. It was beyond description really. It was mind-blowing, it was every adjective you could think of.

I'm surprised at how surprised I am at the beauty and the clarity of these images. They are shocking to me.

This spacecraft allows us a very steady platform. This machine, you turn it, you point it, and it stays there. It's like a tripod in space.

At 9 to 10 AU Saturn gets about 1% of the sunlight that cis-lunar space gets, so all else being equal photographic exposures need to be 100 times longer.

Cassini's narrow angle camera has 12 micron pixels behind a 2 meter focal length f/10.5 reflector, so each pixel is only 1.2 arc seconds, and for extended objects in dim sunlight, f/10 is not a fast system.

So I would venture a guess that exposure times were perhaps seconds long rather than milliseconds.

and notes that the spacecraft support the following acronyms:

And while I'm a strong advocate for articulated permanent magnet attitude control and momentum unloading in LEO for cubesats I haven't heard of articulated reaction wheels in deep space spacecraft before. But since I'm chronically uninformed that may be my fault.

I also wonder if Cassini ever had to slew; slowly rotate in a specific direction to de-blur an image of a moon during a close flyby. 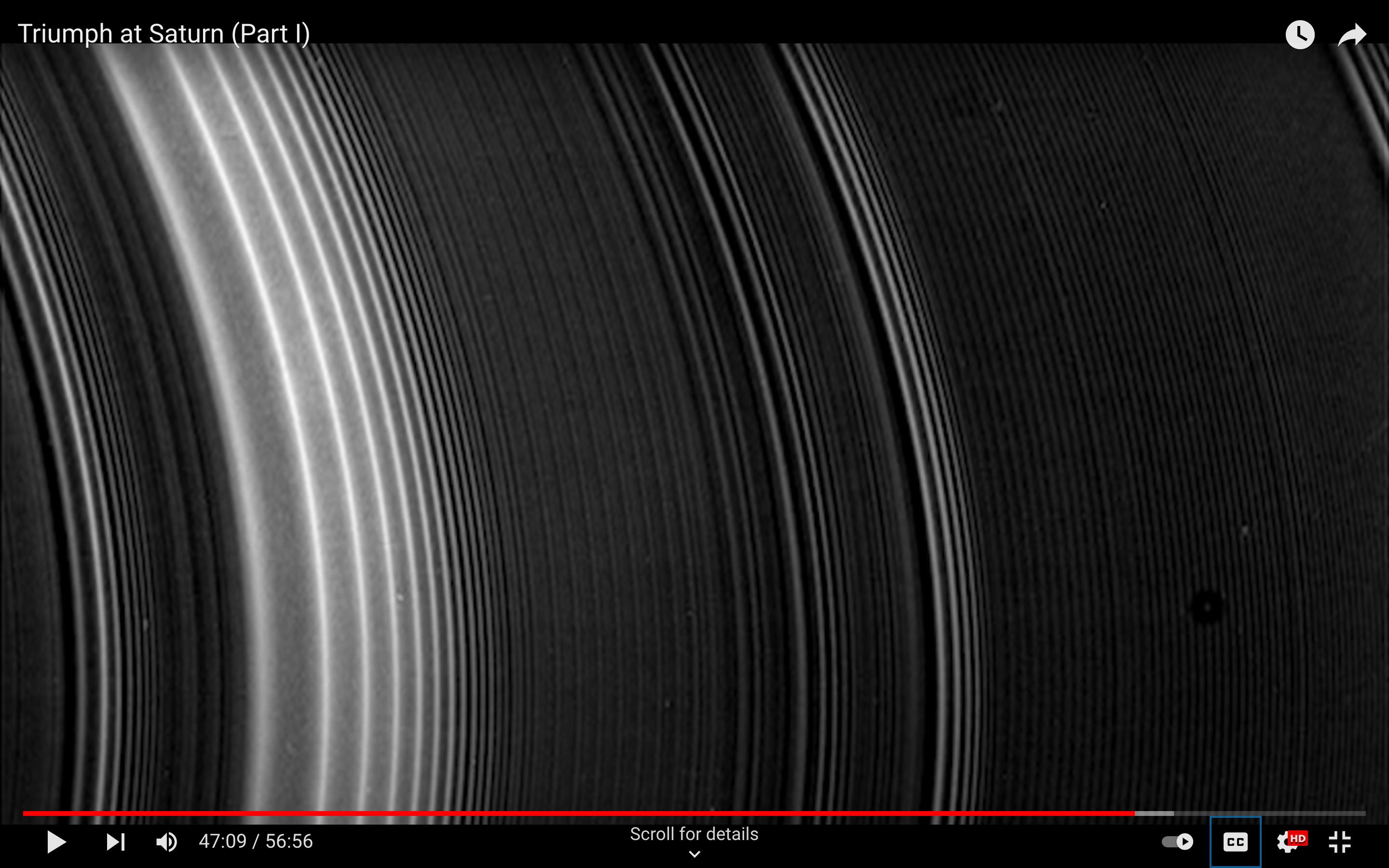 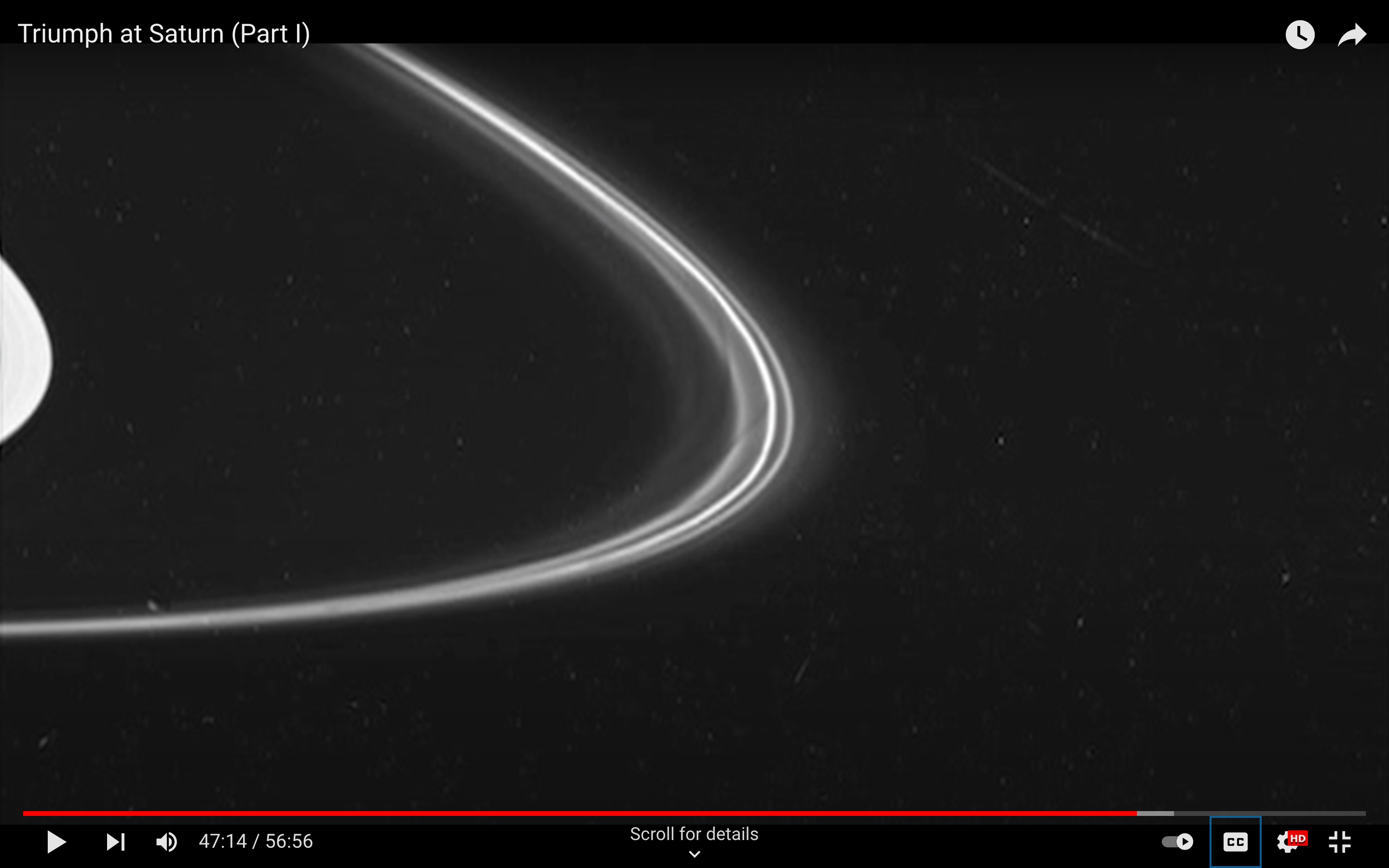 Cassini was the first spacecraft to use a Litton Hemispherical Resonator Gyro (HRG). The ultimate reference for the spacecrafts attitude was the Stellar Reference Unit and that could be used for control purposes most of the time, but the HRG was essential for maneuvers and for precision altitude control stabilization during data acquisition. Unfortunately I do not have the exact details, but see the first reference for the use of the HGR on Cassini and the second for a general reference on the HGR

Not the answer you're looking for? Browse other questions tagged mission-design photography attitude-determination-and-control cassini or ask your own question.