What are these features on this moon of Jupiter?

My Google background (supplied by "NASA Image Library") has a picture of Jupiter, along with one of its moons (Ganymede? Io?) in the foreground.

What are these two features, that look like a red dot and blue cloud? 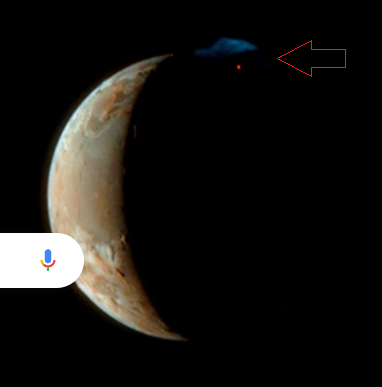 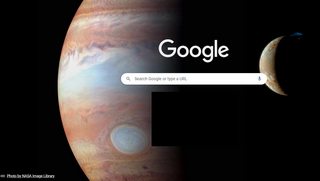 The image is of Jupiter's moon Io
The image is of course a composite, massively contrast-enhanced, and color adjusted to be both clearer and more visually appealing.

The blue plume is another volcano's plume, seen in sunlight against space.
Possibly the same volcano, but the angles don't quite seem to match up, and Io has many volcanoes.

Here is a very similar photo on the https://www.jpl.nasa.gov/images/active-volcanic-plumes-on-io website 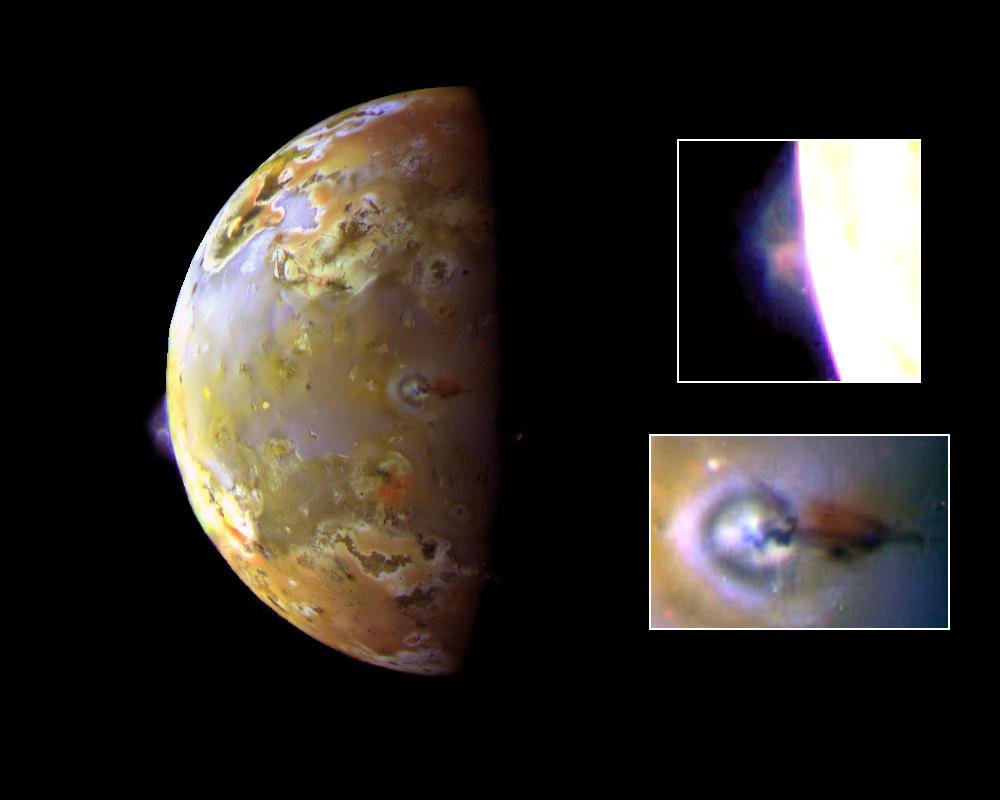 Yes, those two plumes are the same color, the apparent difference would be due to differing levels of post-processing.
The actual image, at human eye sensitivity, would be a very dim, vaguely yellow-orange-ish almost featureless sphere. And the plume would be nonobvious to the point of near invisibility.
Remember that the sunlight there is only 50W/m2, compared to 1360W/m2 at Earth. (1/27th as bright as daylight here)

Not the answer you're looking for? Browse other questions tagged jupiter or ask your own question.

8
What were the circumstances of this impact event on Jupiter in 2012?
6
What would happen if an object larger than Jupiter hit Jupiter?
1
How to understand this NASA animation of Juno's passes near Jupiter?
2
Why would Juno's originally planned orbit lowering partially mitigate radiation damage?
5
Juno's original orbit around Jupiter - is this apsidal precession? If so, need expression
2
Is this the first photo of Jupiter's ring(s) from deep space?
33
Why does this image of Jupiter look so strange?
6
What would it take to survive the radiation on the surface of Ganymede?