How much has fuel efficiency increased in rockets since the Apollo missions?

I have been talking with a friend of mine and the subject turned to modern rockets versus Apollo era rockets and fuel efficiency. My friend stated that today’s rockets use half the fuel of the rockets of those days, and can travel equal or further the distance. This didn’t seem right to me, but I do not understand what factors would go into comparing a rockets fuel efficiency ( He keeps citing better impulse as the key factor, and a change in fuel types ).

My apologies if this seems somewhat of a silly question, but after a lot of reading ( tbh a lot of it went over my head ) and googling I could not find a satisfactory answer.

No. One might imagine that 60+ years of development must have produced large gains, but chemical rocket performance is fundamentally limited by the amount of energy in the chemical fuels, and the 1960s engines were already getting at least 2/3 of the maximum theoretically possible performance (see comparison table below).

Now, ion thruster technology has advanced greatly, but those can't be used to reach orbit.

What does 2.58 km/s mean in terms of rocket performance? It means if you build a rocket whose weight is about 63% fuel, and you fire the engine in deep space until the fuel runs out, the rocket will now be going 2.58 km/s faster in whatever direction it was pointing:

What if the fuel is not 63% of the weight? Use the Tsiolkovsky rocket equation:

Notice that it doesn't matter how long the burn takes, nor the thrust of the engine, the final change in velocity is the same. That's the magic of the rocket equation!

So, what is change in velocity, $\Delta v$, good for? In the solar system there are two main uses for $\Delta v$: launching from the surface to achieve orbit, and transferring from one orbit to another. The article Delta-v budget has some examples, but the most relevant to Apollo is the $\Delta v$ to get into low Earth orbit from a sea level launch, which is (very roughly) around 10 km/s. That breaks down as about 8 km/s of required velocity to stay in orbit (any slower and you'll come back down) and 2 km/s spent lifting the rocket against gravity and pushing through the air on the way up.

The bottom line is, for any given mission, you need a certain amount of $\Delta v$. And while you can get more $\Delta v$ by increasing the proportion of fuel, that gets diminishing returns very quickly due to the natural log in the rocket equation. On the other hand, any increase in $v_e$ translates directly to a proportional increase in $\Delta v$, which means more mission without sacrificing payload.

So let's take a quick comparison of $v_e$ for the F-1 and the SpaceX Merlin engine. This is a relatively fair comparison because both burn RP-1 (refined kerosene) and liquid oxygen in a gas-generator cycle. These characteristics are good for a first stage due to high energy density per unit volume and high thrust, although other fuels have better $v_e$.

The theoretical maximum is based on the total chemical energy in the fuel.

I speculate that the better $v_e$ for the Merlin has more to do with its smaller size, thus making it easier to achieve stable, efficient combustion, than with technology improvements aimed at performance.

Finally then, what is specific impulse? It's obtained from $v_e$ by dividing by the gravitational acceleration on Earth:

What is the physical significance of $I_{sp}$? Well, consider our rocket from before with 63% fuel by mass. Suppose we start the rocket while it is sitting on the pad, let it just barely lift off, then hover just off the pad until it runs out of fuel (this assumes we can arbitrarily throttle the engine without affecting its performance, which is not realistic, but ignore that). $I_{sp}$ is how long it will hover. That is because, for every second of hovering, we consume 9.81 m/s of $\Delta v$ in order to overcome gravitational acceleration accumulated during that second. After $I_{sp}$ seconds, all of our $\Delta v$ is gone.

The question mentioned fuel types. This answer is already too long, but I'll just briefly mention that different fuel types do have different performance characteristics, but they also come with other tradeoffs, and which is best is highly dependent on the mission objectives. For example, the Saturn V used RP-1/LOX in its first stage for high thrust and energy density per volume, but LH2/LOX in its second and third stages for better energy density per unit mass and $v_e$, while the Apollo spacecraft (command/service and lunar modules) used hypergolics for reliability and storability.

My friend stated that today’s rockets use half the fuel of the rockets of those days, and can travel equal or further the distance.

Your friend doesn't know what they are talking about. That is nonsense. That's not saying it right. It is utter nonsense.

What SpaceX has done is to adapt late 20th century / early 21st century concepts to the process of designing, building, and flying rockets. Their engines are no more efficient than were the rockets of the 1960s. Their design and development processes, manufacturing processes, and operational processes are extremely less costly than were those of 1960s era space flight companies.

David Hammen's answer is right, but I would also add that none of today's rockets have the payload capacity of the Saturn V. That's why they use half the fuel, because they are not launching humans to the moon.(With all the support equipment that requires.) Starship Heavy and New Glen are tomorrow's rockets, and they are every bit as large or larger as Saturn V. And they will use even more fuel than Apollo did. But by reusing the booster and other parts, as well as other efficiencies, they can substantially reduce price.

The J-2 engine of the Saturn V 2nd and 3rd stage had two successors, the J-2X and the HG-3 engines. All three engines used LH2/LOX and were designed for vacuum.

The Shuttle engine RS-25 used the same propellants and there is vacuum data too.

The RL-10B-2 is still used for the Delta III and IV rockets. LH2/LOX is used and there is a specific impulse for vacuum.

So we may compare the specific impulses and the percentage of the theoretical maximum which is 532.5 s for LH2/LOX:

So there is an improvement. But the HG-3 was cancelled and never flew.

Specific impulse is indeed the main way that rocket engine efficiency is compared, as a rocket has to lift its own fuel.

There's a table on the wiki page, but it also includes lots of non-rocket engines, and doesn't include any SpaceX engines. So here's a few I've collected for you:

Higher numbers are better, so no, it hasn't improved much.

No, but cars, trucks trains and airplanes do. And for everyone but those on the rocket, that's a much bigger net gain, because we use all those a heck of a lot more than we use rockets.

The simple fact is there isn't a lot of gain to be made in rockets. It's like if you have a common "80%" gas furnace, you're not going to double its fuel efficiency. Besides, inefficiency causes heat, and that heat would need to be ejected somehow, or else equipment will overheat. On a rocket in space, there is nowhere for heat to go except out the nozzle (or other exhaust pipe).

On that point, there is one notable gain in how they power the fuel and oxidizer pumps. Historically, the pumps were powered by a gas generator which consumed fuel and oxidizer, and threw its hot exhaust overboard. Even worse, stochiometric (perfect ratio) combustion would make the turbine too hot, so they add considerable mass of extra fuel just to cool the airstream down! All utterly wasted - a) lost heat energy, b) loss of reaction mass since rockets work by ejecting mass (their exhaust) at very high velocity, and c) loss of fuel value from that "cooling" fuel. 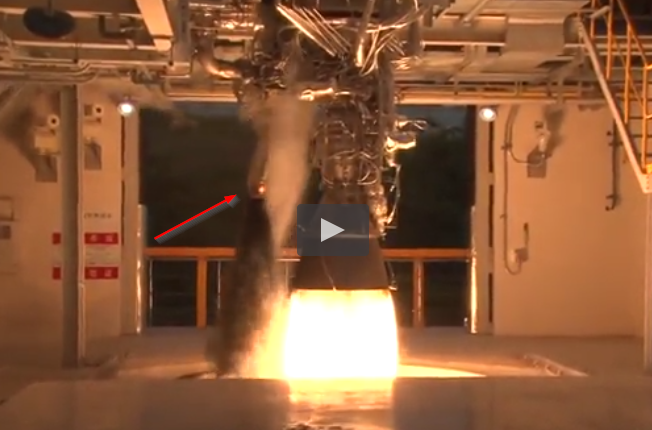 Meanwhile, cold/liquified fuel and oxidizer need to be turn from liquid to vapor in order to burn in the engine. This latent heat of vaporization was "stolen" from engine thrust. (fuel is pre-heated in the engine nozzle jacket, but nothing pre-heated oxidizer.)

This isn't anywhere near 50%, but it's the biggest opportunity for efficiency gains available.

Today, the staged combustion cycle has been mainstreamed. This is where some fuel is combined with all the oxidizer (or vice versa), used to power the turbo pump, and fed into the main rocket engine. Thus the formerly discarded exhaust heat is providing some latent heat of vaporization to the oxidizer (fuel).

The trade-off is you need much better metallurgy tech in the turbine metals (that's why gas generators used excess fuel instead of oxidizer; the latter is much more corrosive). But the pump seals do not need to be perfect - small internal leaks along the rotating shaft between the raw oxidizer pump and the oxidizer-rich turbine cause no trouble at all except for a microscopic loss of pump efficiency.

However it still needs a perfect seal between oxidizer and fuel! SpaceX gets rid of that, with a complete second set of burners and turbines that run fuel-rich, and use that to pump the fuel. Again, minor leaks between fuel-rich exhaust and raw fuel are no great concern.

So to answer your question, going to staged combustion has been an efficiency bump for rocket engines, yes - though certainly not anything like 50%.

and a change in fuel types

Energy per mass of fuel is not the same from fuel to fuel.

Indeed, liquid hydrogen is "top of the heap". But you don't see a lot of designs using it. That's because it's fairly difficult to work with, so they willingly pay the efficiency cost to use a more manageable fuel like RP-1 (kerosene).

Not the answer you're looking for? Browse other questions tagged rockets engines fuel-system efficiency or ask your own question.

14
What is that second (smoke) exhaust on a rocket engine for?

19
How much fuel was used for a Space Shuttle launch?
45
How did the Apollo Lunar Module ascent engine prevent gas bubbling through fuel?
14
How do rockets keep their fuel in a liquid state?
5
Do air augmented rocket give increased thrust over simple rockets from the very starting of the engine?
1
Looking for figures for contemporary interstellar engine options
4
Ion Drives specific impulse somewhat of a false economy?
2
How much more cost efficent are SRB's over the main engine?
2
Calculating total burn time for a rocket under constant acceleration with two propellant consumption rates