What space capsule is this part from?

One of my relatives has this metal component sitting in their backyard. It was a souvenir that my grandfather got to keep from his days working in the aerospace industry (primarily for Boeing). My grandfather has passed on now, but if I recall correctly, when I was a kid he told me that this part was from a prototype space capsule: 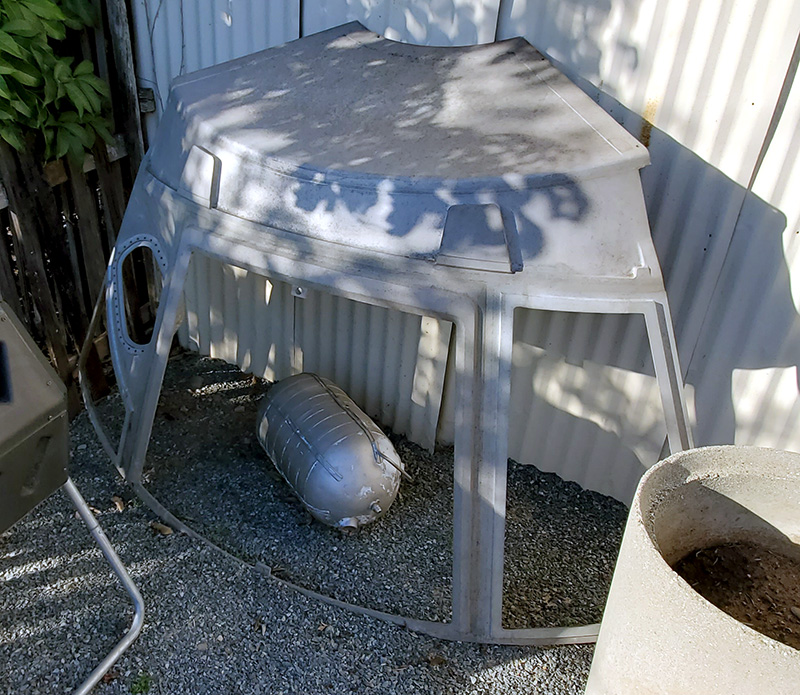 I don't know how old this part is, but it's been sitting outside for at least 30 years and I would guess it's at least a few decades older than that. Other than dust, the part has no wear or corrosion despite its decades of exposure to the elements. I think the tank underneath came with it but I'm not certain about that.

It bears a strong resemblance to the hatch area of an Apollo capsule, but the Apollo capsules I've seen all have slanted windows on both sides of the hatch: 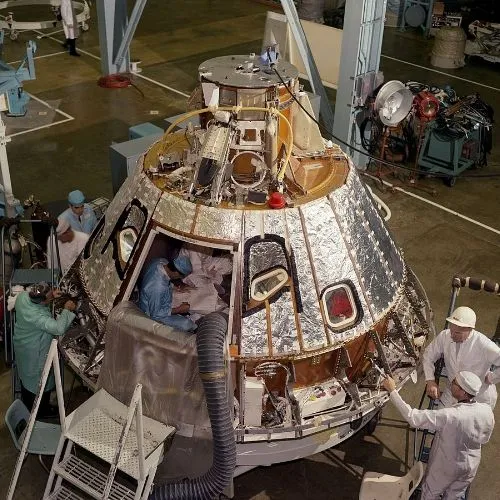 Is this souvenir indeed a space capsule component? Is it possible to identify which series of capsule it was from?

Now, I could be wrong, but judging by the age, size, and workmanship (which looks pretty darn good for it's age in my book!) it's most likely an Apollo re-entry capsule. [here's all you need to know about it] [1]: https://en.wikipedia.org/wiki/Apollo_program#Command_and_service_module

2
Roughly what is the rate of energy loss of survivable capsule re-entries?
11
What is under these four white covers on the upper part of the Orion capsule?
3
What spacecraft part is Mike Pence touching in this photo?
0
What is this long black tube snaking up to the capsule payload of the Antares rocket?
3
What's this part of Curiosity?
7
What was this capsule dropped from a truck?
2
What would be the cost of construction of space capsule (re- entry modules)
9
How do we control a Reentering Capsule in the denser part of the atmosphere?