Deep space marksmanship; will DART's intercept and impact trajectory represent the best ever if successful? If so, by how much?

Dimorphos (aka "Didymos B", "Didymoon") has a diameter of about 170 meters as measured by delay-doppler radar by Arecibo (R.I.P.) and careful photometric light curve analysis and modeling of the pair.

Trying to implement a near-direct hit of a 170 meter target for maximum momentum transfer as it wobbles circling every 12 hours around another asteroid while approaching at an angle with a relative velocity of >6000 m/s (>21600 kph) is certainly quite a challenge!

Question: Will DART's intercept and impact trajectory represent the highest level of deep space marksmanship ever, if successful?

If so, is there some way to express just how much higher of an intercept challenge this poses than anything before? 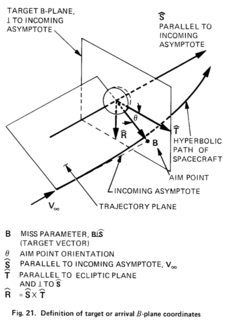 The DART spacecraft will, in my opinion, be the most precise mission that NASA has ever launched so far. Even anti-missile and anti-satellite rockets would not even come close to the precision that DART will have to accomplish.

Every single asteroid mission so far has used various techniques so that it could pseudo-achieve a high level of precision. Because DART is approaching an asteroid system at a ludicrous speed, the previous techniques simply cannot work. To achieve this level of precision, DART uses a gridded ion thruster which has a tiny amount of thrust (236 mN of force). DART will use this to "fine-tune" its approach and achieve a small ellipse.

The only craft that is comparable to this is the ISEE-3 satellite. It used tiny engines to fine-tune its trajectory in order to achieve the most complicated trajectory ever. This site also has an image to illustrate the trajectory that was completed.

26
How will DART be able to hit a 170 meter rock dead-center at over 6000 m/s? What technologies will be use and how will they work together?
4
What's the planetary exploration word for "impact parameter" (distance of closest approach if gravity were "turned off")?
9
Why would Cassini need to reach 64 degrees inclination before "threading the needle"?
6
Understanding gravitational keyhole analysis for Near-Earth Objects
4
Is delay-doppler radar imaging of NEO asteroids possible only if it spins fast enough?
4
How are B-Plane parameters actually determined for a planetary flyby?
2
Gravitational keyhole for spacecraft flyby?

10
Finding accurate periapse rendezvous radius using interplanetary Lambert solver
21
How long will it take Elon Musk's roadster to become the fastest ever car?
17
How hard is it to fly through the tail of a comet? Has it been done?
6
How many independent demonstrations of optical communications between ground and space have been successful?
3
How will the LICIACube cubesat transmit DART impact images back to Earth? What kind of antenna and radio will it use?
26
How will DART be able to hit a 170 meter rock dead-center at over 6000 m/s? What technologies will be use and how will they work together?
8
How many images of Didymos could be transmitted by Dart between the first full size image and the impact?
7
Has ion propulsion ever been used in a deep space trajectory correction maneuver proper?