What could the X-37 be useful for?

While U.S. Air Force doesn't disclose the tasks and roles for the X-37 Orbital Test Vehicle class spacecrafts, there are many things known about the vessel, such as its delta-v budget, its cargo bay capacity, its launch vehicle and hence the available orbits, its electric power capacity and many more.

So what military or applied tasks could a spacecraft similar to X-37 be useful for? 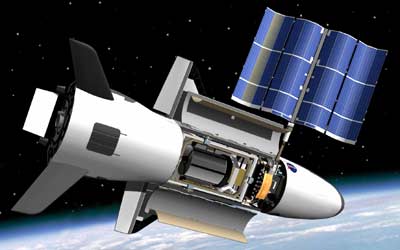 The U.S. Air Force page linked since changed in contents and URL address, but the new one isn't any more forthcoming, I'd say it's even less so. So all we have is speculation on its possible uses, based on its equally speculated performance characteristics. Educated guessing galore, here's some of the additional uses that the SWF paper suggested, including their estimated feasibility:

Edit to add: In April 2015, the first speculated possible use in the list was finally confirmed with the DoD news release that X-37B will start testing Hall thruster technology aboard the vehicle that is currently scheduled for launch from Cape Canaveral on May 20, 2015 atop Atlas 5 rocket.

This does increase future possibility of the second and fourth items in the list too, to use X-37B as ORS satellite deployment platform since Hall thrusters, if successfully tested, could greatly reduce their weight and increase maneuvering capability, which could also enable various ASAT (Anti-Satellite) options. Same goes for X-37B vehicles themselves, as speculated by Foxtrot Alpha:

This technology could also help in the development of killer satlets, parasites and other foreign satellite manipulation technologies as it would allow these small satellites to pack more maneuvering capability while also possessing a finer degree of control.

Then there is the unmanned X-37B itself, which is a clear candidate for such a technology as it is basically a long endurance space truck. On its last mission it spent 675 days in orbit. With this new thruster technology, its endurance could be enhanced even longer.

15
What are the constraints for a successful robotic mission to Europa?
6
What use could be getting to space just for a bit?
6
Could the 'anomaly' in the recent Virgin Galactic crash impact the other SpaceShipTwos?
9
What are the features on X-37 fairing/transport jig
5
What are the future prospects for spacecraft autonomy
15
Are the US shuttle and Buran the only space planes to have launched vertically with wings exposed?
3
Why are these people wearing SCAPE Suits near the X37-B?
2
What does it take for a craft to perform a flight simulating weightlessness without having to fly a steep parabola/ellipse?
0
Is pre-deorbit explosive disassembly of the ISS utilising propellant a useful way to reduce impact debris?