Why do New Shepard's drogue chutes just "hang there" for ten seconds before deploying the main parachutes? What happens during that time?

The cropped and sharpened screenshots below are from the Blue Origin video Replay: New Shepard Mission NS-19 Webcast after about 02:03:16 (T+08:07) and show a subset of all the things that happen when the New Shepard capsule deploys its parachutes.

The drogue chutes appear at about T+08:16 when a very bright flash indicates some pyrotechnic event. They quickly deploy but then they remain that way for about ten seconds before they are allowed to pull the main parachute system out of the capsule between T+08:28 and T+08:30.

Each main parachute merges from a large yellow container, and the lengths of its lines emerge from a smaller white container several meters above the capsule.

It's quite beautiful to watch!

Question: Why do New Shepard's drogue chutes just "hang there" for ten seconds before deploying the main parachutes? What (if anything) is happening during that time?

For example, are there things being monitored and decisions to be made? Or is that just a fixed delay giving them ample time to unfurl and separate? 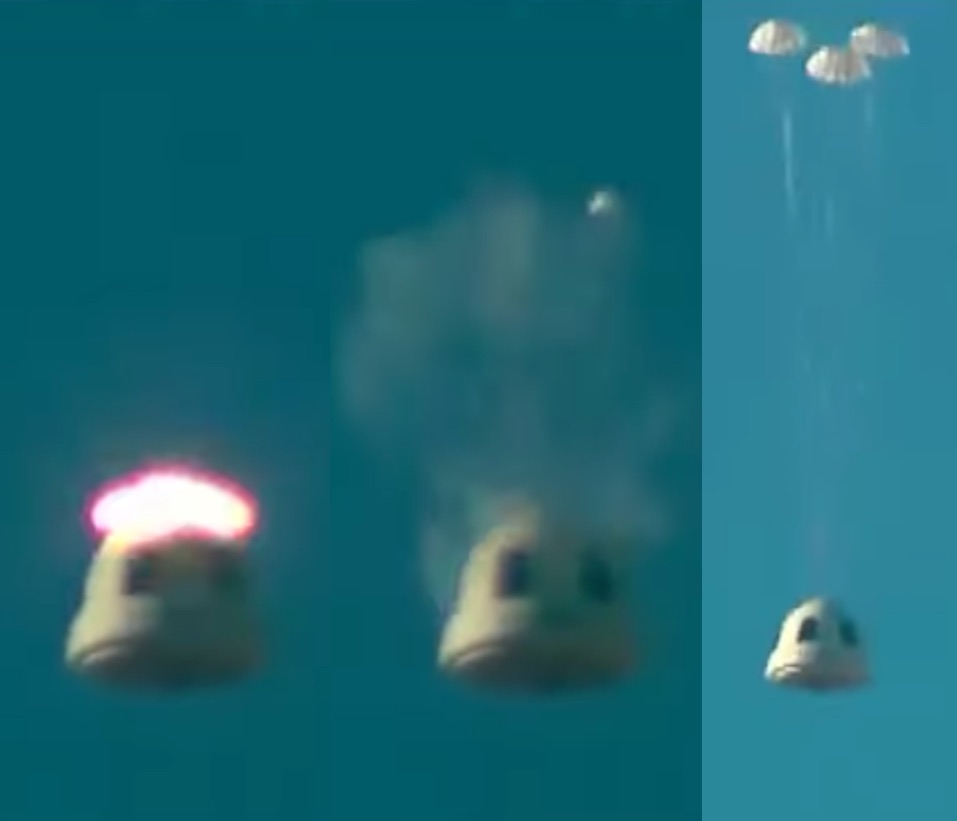 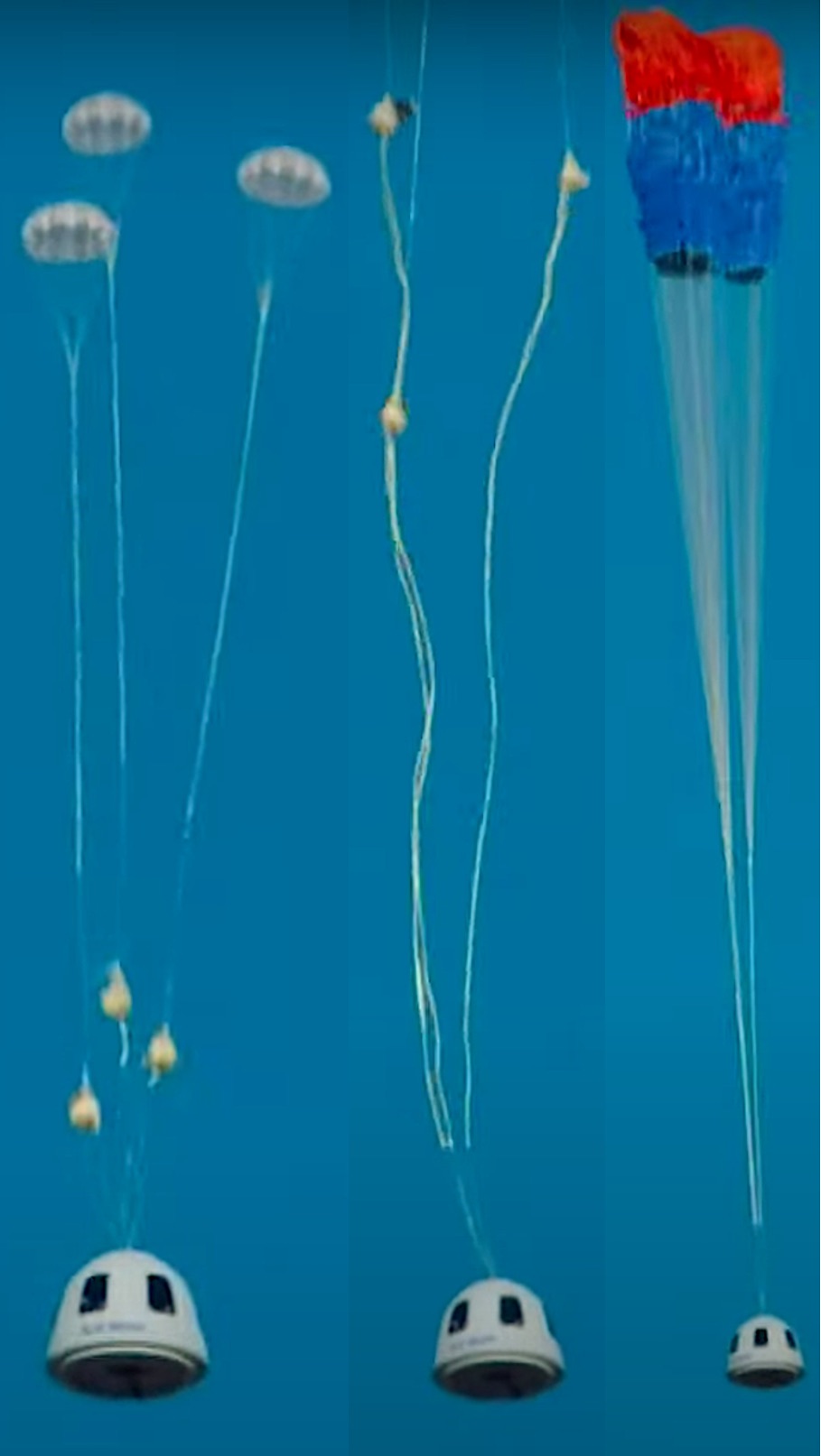 What happens in that time is that the drogue parachutes slow the vehicle down from about 207 mph at deployment to 136 mph at main parachute deployment. You can see from the speed display that it doesn't slow down instantaneously, the speed is changing throughout the drogue phase (with the rate of change being highest at the start, and reducing over time, as it asymptotically reaches what would be the terminal speed under the drogue). For comparison, in the 15 s before drogue deployment, the speed changes from about 225 to 207 mph.

It's worth noting the distinction between a drogue parachute, which does work on the capsule, and an auxiliary or pilot parachute which is just there to deploy the main parachute.

Not the answer you're looking for? Browse other questions tagged crewed-spaceflight landing safety parachute new-shepard or ask your own question.

14
Why does Blue Origin land the crew capsule separate from the booster?