Could pull from a space elevator be used to assist a rocket launch?

Well, more specifically, using a counterweight like you'd find in a non-space elevator to give the rocket a little acceleration before firing up and spending all that fuel-to-lift-the-fuel-to-lift-the-etc.
I understand from here and here that doing all the acceleration through non-rocket methods would be prohibitively difficult.

That said, would it be feasible to reduce the loaded-fuel requirement of a launch significantly, by keeping the rocket engines off until the craft's velocity reached some acceptably higher positive number?

Or, to put specific numbers on "significantly": how much extra delta-v would we need to add through non-rocket methods to reduce the carried fuel by, say, 10%?

The image I've got in mind here is the rocket being pulled up along a partial space elevator (supposing that building a complete space elevator in one go turns out to be just too much), by the action of a counterweight. - I have no idea whether there's anything strong enough to even be used as a cable (or set of cables, or pulley system) here, given how massive spacecraft apparently are.

It's theoretically possible, but ludicrously impractical and missing the point.

I don't like to say things are impossible, but as another answer mentions, the numbers involved are too extreme.

You won't be limited by the speed of sound with a big enough counterweight, but the size of the counterweight, the height to which it must be stably lifted, and just the general engineering pretty much rule this out.

But, all this is missing the point. The hardest part of getting a rocket to orbit is to accelerate it horizontally, not vertically. If you start from a standstill in LEO, you're still going to need a rocket almost the same size to get enough speed.

If you want to escape the Earth's sphere of influence, an elevator-catapult makes a little more sense--but still only as much sense as a monumental tower-of-Babel-type-nonsense slingshot hurling a billion dollars of spaceship onto an escape trajectory could sound like.

Are you thinking of a gravity gradient vertically stabilized tether? 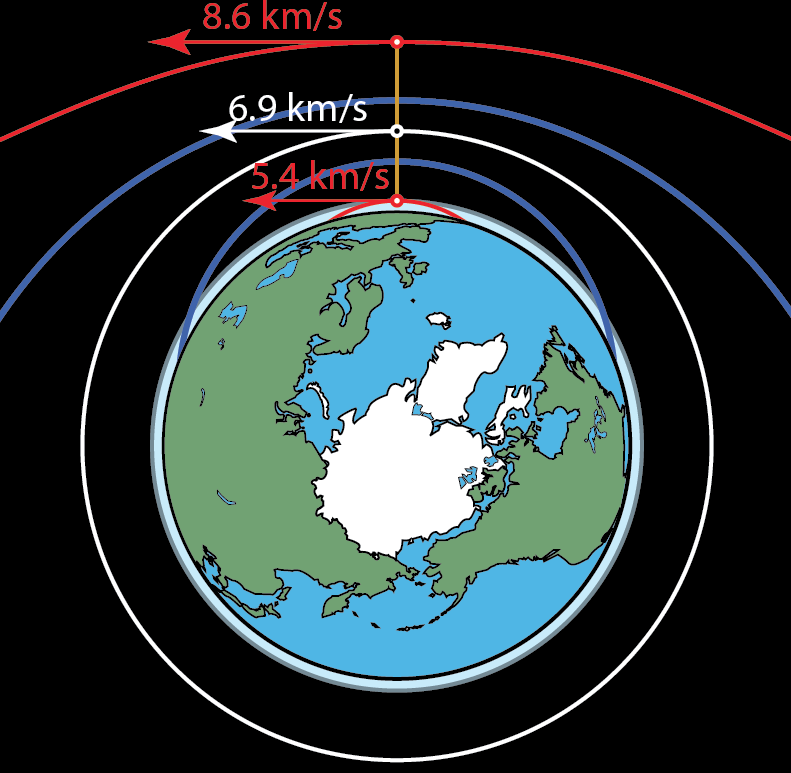 Unlike a Clarke tower, the elevator pictured isn't moving one circuit per sidereal day but with an orbital period of 2.15 hours. The tether "center" is about 2070 km above the earth's surface. Not really the center of the tether as the length above 2070 altitude needs to be longer to balance the portion below.

To rendezvous with the tether foot would take less delta V than achieving orbit.

Catching a sub-orbital craft at the tether foot subtracts momentum. Repeated sub-orbital catches would eventually bring this tether down. But there are ways to restore momentum.

One way would be to run a current through the tether as it passes through earth's magnetic field. This would be an electrodynamic tether.

Not only is this elevator far shorter than a Clarke Tower, but endures much less stress. No scrith or Bucky tubes needed, Kevlar with a taper ratio of 5.2 could do the job.

However rendezvous with the tether foot at low altitudes would be very hard. In this NasaSpaceFlight thread, Jim explains some of the difficulties.

Also the tether is passing through space with a relatively high debris density. It would likely be severed.

Alas, it seems such elevators would impractical for mitigating the ~9 km/s needed for achieving LEO.

There are several problems here:

All in all you'd have to construct a tower 10 times higher than the highest skyscraper in use today, and build it strong enough to carry several thousand tons at the top.

Not the answer you're looking for? Browse other questions tagged launch delta-v space-elevator fuel or ask your own question.

38
Why aren't all satellite-carrying rockets launched from airplanes?
35
Why don't we use catapults to get to space?
28
What technological hurdles prevent the development of a space gun?
34
Effect of atmospheric drag on rocket launches and benefits of high altitude launch sites
13
Is there any research going on launching into orbit with “space guns”? Why (not)?
6
Minimum Delta V to a staging area in cislunar space for a vertical space gun