What are the moving particles that can be seen by the Parker Solar Probe?

There ate two images below from the Parker Probe, one of Venus and the second from the Sun. The second one is a screenshot from a recent video (Youtube of Parker imagery while in solar corona).

In both you can see particles of some sort. What are they?

An image of Venus taken on July 11, 2020, by an instrument on NASA's Parker Solar Probe. 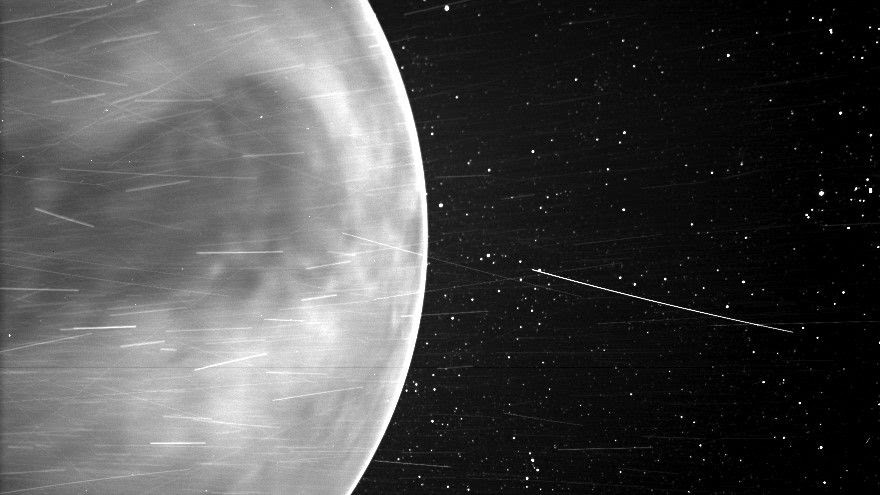 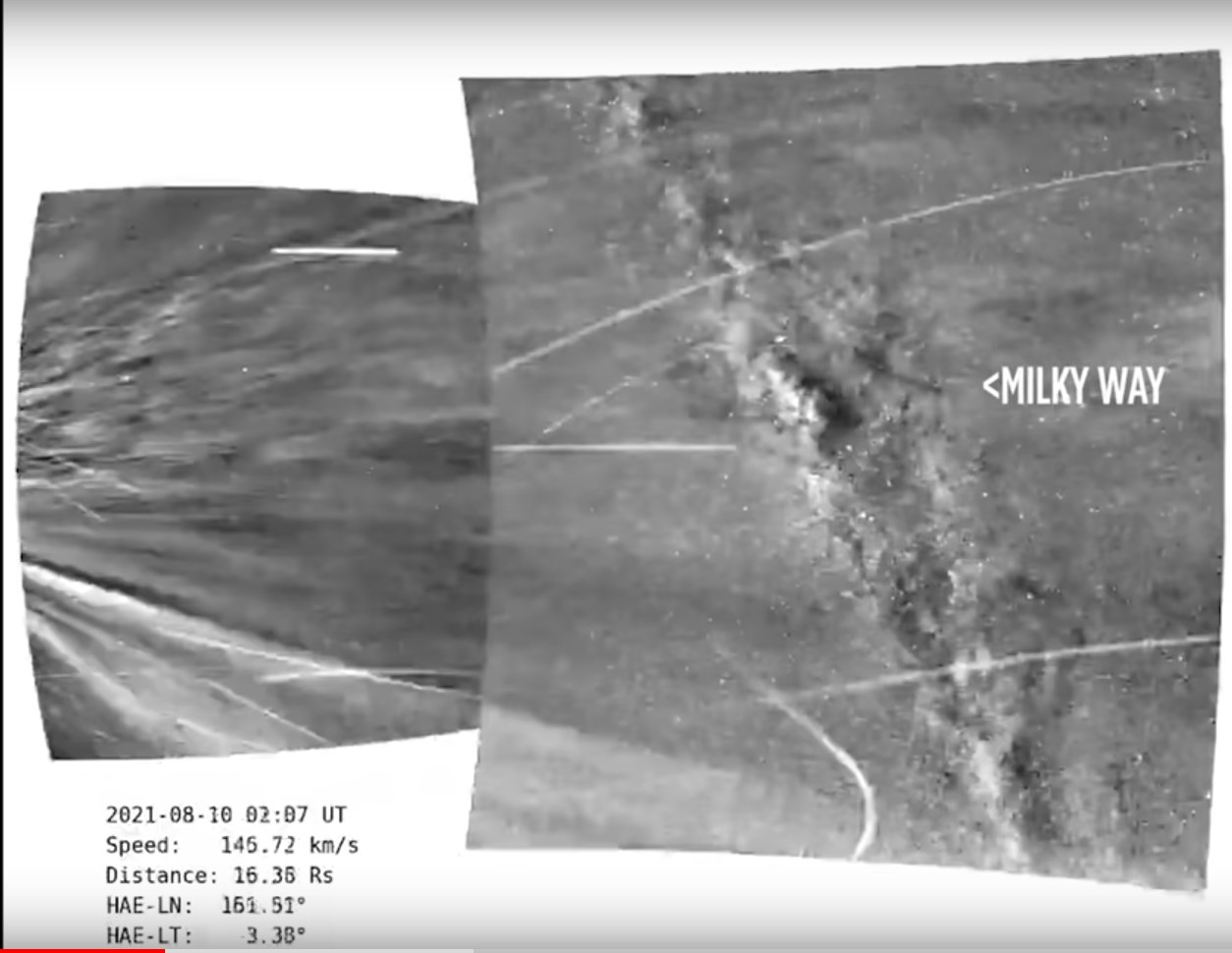 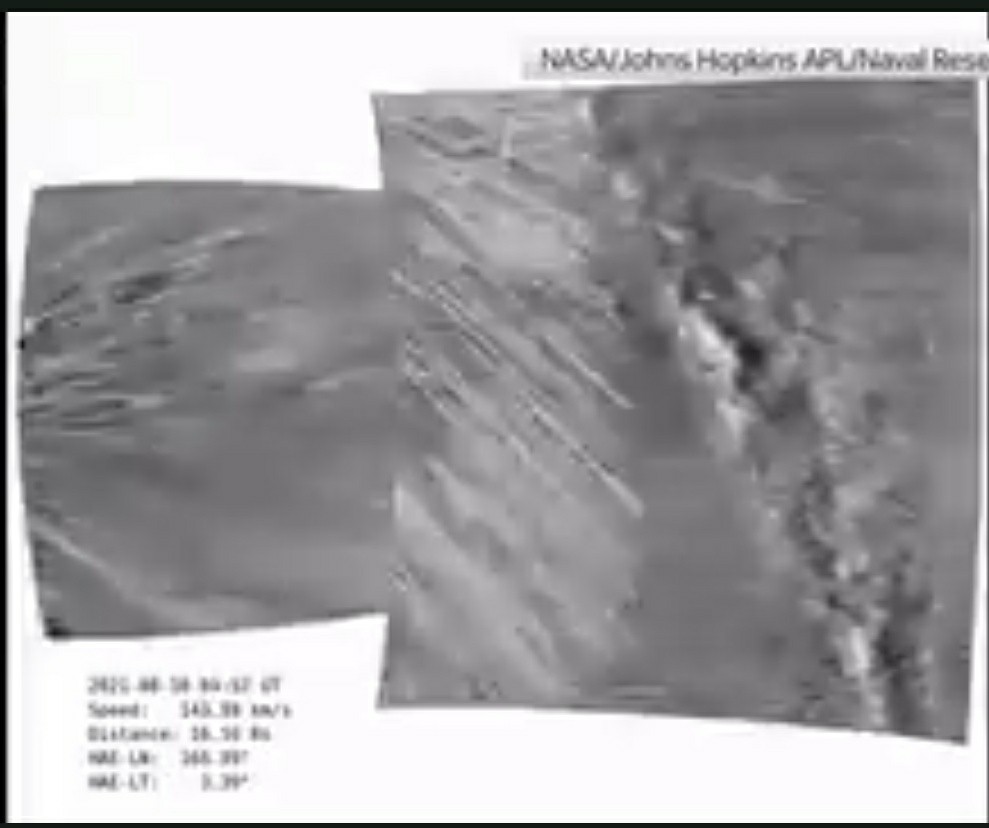 Bright streaks in WISPR, such as the ones seen here, are typically caused by a combination of charged particles — called cosmic rays — sunlight reflected by grains of space dust, and particles of material expelled from the spacecraft’s structures after impact with those dust grains. The number of streaks varies along the orbit or when the spacecraft is traveling at different speeds, and scientists are still in discussion about the specific origins of the streaks here. The dark spot appearing on the lower portion of Venus is an artifact from the WISPR instrument.

To clarify the NASA statement, cosmic rays directly impact the detector and generate electrons to produce bright pixels in the image, leaving linear features as the charged particles traverse the detector material. Dust and ablated spacecraft material are flying around in space and reflecting sunlight, appearing as linear features due to their velocity relative to the spacecraft.

Not the answer you're looking for? Browse other questions tagged probe venus materials the-sun parker-solar-probe or ask your own question.