Has "parasitic radar" ever been used in space?

Synthetic aperture radar or SAR is becoming a hot field of Earth observation of both natural and human activity. It is very power hungry as the beam needs to deliver sufficient power over each square meter of area swept through, so the satellites are fairly large and sophisticated.

In this answer to RF information for ship detection I propose a simple, lower cost way to build up data on the presence of ocean ships using something like "parasitic" radar; basically extra smallsats that don't transmit but are constantly listening for other spacecraft in the vicinity to transmit a radar beam towards Earth. Reflections are not so directional and so can be picked up by any satellite in the general area, and instead of having the actual transmited signal, enough "leakage" from sidelobes might be sufficient for the parasite to reconstruct the transmitted waveform.

There's a lot more discussed in the linked answer, I don't think it's helpful to copy/paste the whole thing here, I'll just add the sketch.

Now I wonder, has something like this been tried? Has this been used?

"Tried" might be a coordinated effort between two spacecraft, but for "used" it should be somewhat parasitic; ideally the raison d'etre of the transmitting signal should be as a stand-alone device, the pickup should be at least an afterthought if not an actual parasitic or unintended exploitation.

But if that doesn't work, let's see if there is something at least close.

Question: Has "parasitic radar" ever been used in space?

It has certainly been considered. There was a fairly serious study by ESA in around 2014 to launch SAOCOM-CS, a companion satellite to the Argentinian SAOCOM radar satellite. The idea was that SAOCOM-CS would act as a passive receiver for signal from SAOCOM reflected from the ground. I don't remember why it never happened, and I'm not sure if there are better examples available which have progressed further.

More information about the proposal:

In this study, we used the digital television signal broadcasted by geostationary satellite for passive bistatic synthetic aperture radar (SAR) imaging and interferometry applications. A prototype system was designed and fabricated with commercial- off-the-shelf (COTS) components. Specifically, three COTS low noise block downconverters (LNBs) were synchronized for a long- time coherent measurement. Multiple TV channels were combined to achieve a wider bandwidth to improve the range resolution. The potential applications of this ground-based radar system are SAR imaging, displacement estimation, and digital elevation model generation. Hardware design and data processing algorithms are described. Experimental results are presented to validate the performance of the designed system and the proposed methods. 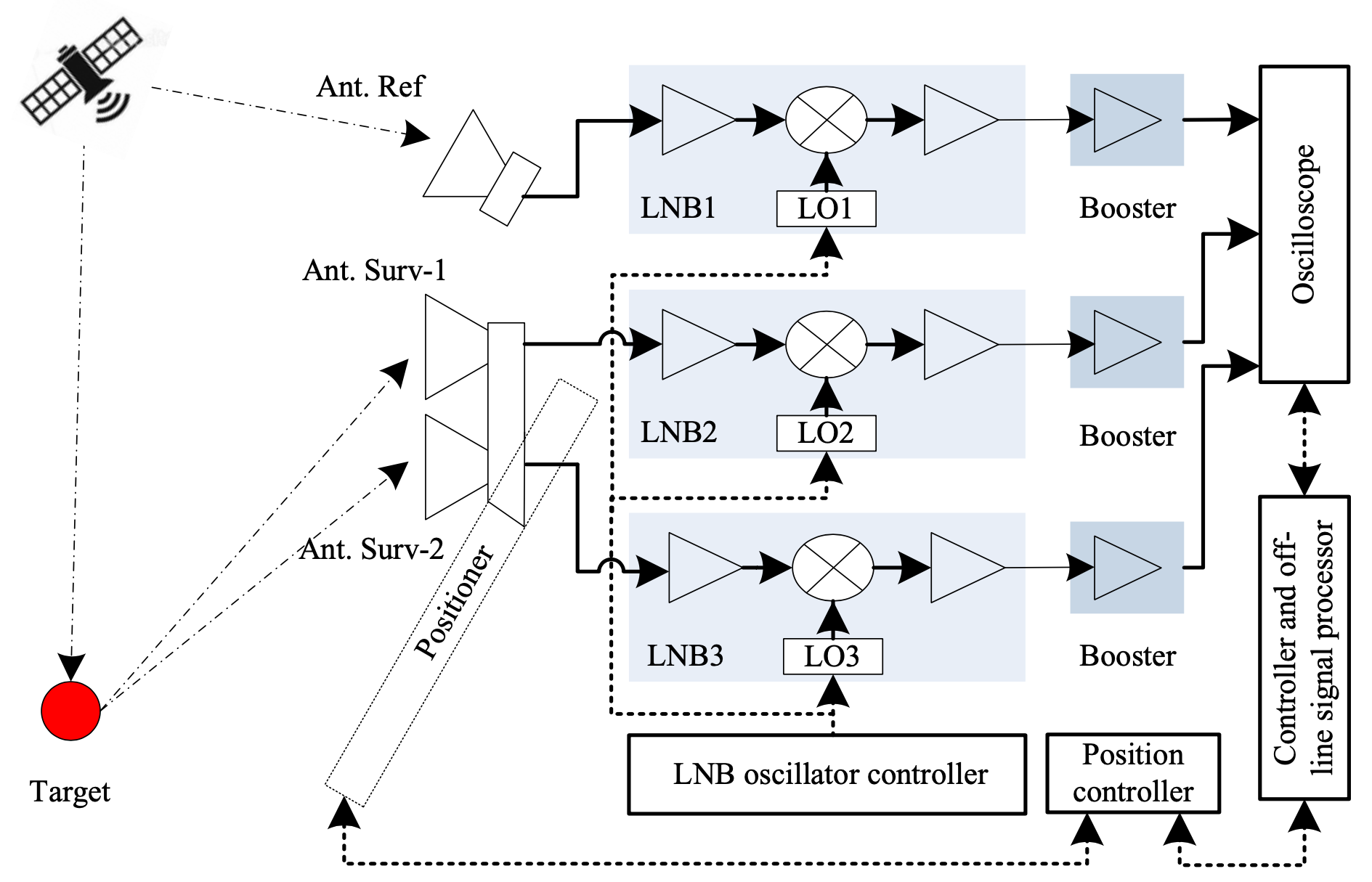 Not the answer you're looking for? Browse other questions tagged design-alternative earth-observation synthetic-aperture-radar or ask your own question.

16
What is the highest frequency at which Earth is, or has been, observed from space?
2
Number of spectral bands on radar satellites
20
Has the Earth's red atmosphere rim ever been photographed?
13
Detailed radar imaging of Tiangong-1; how do they do that?
3
Have capsule-free taxi spacecraft ever been seriously considered for non-emergency use?
9
Star-shaped artifacts in SAR images of the "Suez Canal traffic jam seen from space"