I recently came across this overview image of Saturn 1B missions: 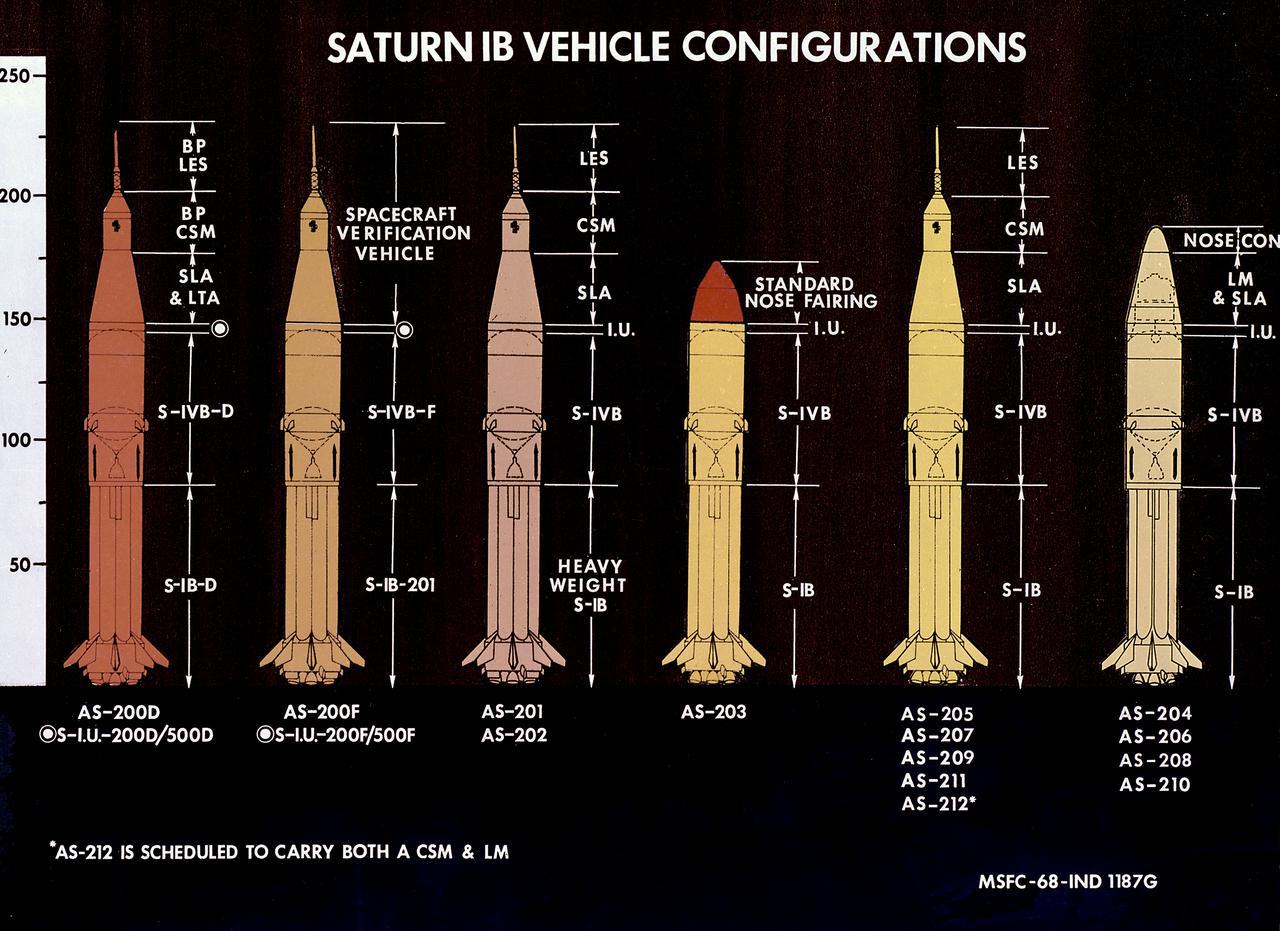 AS-212 is asterisked with the note (bottom-left of the image) that it is "scheduled to carry both a CSM and LM." However:

There are some variations in the reported weights and one should consider various "auxiliary hardware" like the nose cone, adapters, etc., but in any case the combined weight of CSM + LM exceeded the payload capacity of a Saturn 1B by a lot. Indeed, the Saturn 1B never actually flew with both the CSM and the LM. In fact, a dual mission was at some point considered (AS-207/208) to get a CSM and an LM in low Earth orbit to test operations (similar to the Gemini program):

The inability of the Saturn IB to toss the command and service modules and the lunar module into orbit together had forced planners to consider "LM-alone" flights. Gemini's successful dual missions suggested that it might be possible to launch a crew aboard a command module to hunt down a lunar module launched by a different Saturn IB. Two of the crewmen would then transfer to the lander and carry out an earth-orbital operation previously planned for a Saturn V flight.
Although the dual flight for Gemini had been greeted with enthusiasm, the proposal for an Apollo tête-à-tête met with resistance. John D. Hodge, Kraft's chief lieutenant in the mission control trenches, said there would be problems in simultaneously tracking four booster stages and in operating two mission control rooms. Planning continued, anyway, and Howard Tindall started working up flight rules - such as which launch vehicle would go first, the one with the command and service modules (AS-207) or the one with the lunar module (AS-208).

Question: how was AS-212 supposed to carry both the CSM + LM? Was there a (massive) uprating envisioned, or new engines? Or am I misinterpreting the diagram?

Note that the diagram is reportedly from January 1968, just before the launch of AS-205, carrying the first LM.

In your question you say the CSM and LM weighed "at least X", but the figures you give for the CSM and LM are fully loaded launch weights for a lunar mission -- i.e. they weighed at most that.

This includes, on the CSM, fuel for lunar orbit insertion and lunar orbit escape, and on the LM, fuel for descent, landing, and ascent. It would be possible to fly both spacecraft with a much smaller fuel load, and do just a small amount of maneuvering, such as a practice transposition-docking-extraction maneuver -- the LM could be flown completely dry for such a flight, and since it certainly wasn't going to land anywhere, it's easy to imagine many opportunities for weight-saving by removing components.

The dry masses of the two craft are 4820 kg for the LM and 11900 kg for the CSM, so with a limited fuel load, both could be flown on a Saturn IB. The CSM used for the Apollo-Soyuz Test Project had a launch weight of 14,768 kg (I believe that was the lightest flown CSM); that would leave over 6000 kg for an LM from a 21000kg payload budget.

They may have been going for a suborbital flight, or an under provisioned CSM / LM combination. I suspect the latter and the above slide didn't go into that much detail.

Too many times I have seen presentations of fantasy, hopes and dreams from Aerospace companies. See Shuttle-C as a good example.

Not the answer you're looking for? Browse other questions tagged apollo-program history saturn-i or ask your own question.

29
Reasons behind the "Transposition, docking and extraction" maneuver
20
Could a single crew member fly the Apollo LM?
36
How did the Apollo 11's Eagle ascent stage find the CSM after leaving the Moon?
6
How would the Apollo telescope have worked in the Apollo command module? Where would it be located and how would it be operated?
18
Which module had more 'comfort' in terms of living space, the Lunar Module or the Command module?
15
Why was the Saturn V considered to be human-rated after Apollo 6?
5
What was back-up plan in case of Apollo CSM Primary Guidance System IMU went to gimbal lock?
23
What equipment was taken from Earth to the surface of the Moon and back?
3
Technical historical books covering the Apollo-Saturn program
13
Where did AS-206 go between 1967 and 1973?