A way to overcome fuel limits on JWST and its operational lifetime; "clip-on" propulsion systems in development that might work in the future?

Although it has been widely publicised that the JWST has a lifetime limit. Is it not it possible given current technology regarding drones and the JWST itself as proof of concept to send a simpler clip on or add-on unit that comprises only of fuel and method of propulsion that could extend the lifetime?

So I'd like to ask if there are examples of such propulsion systems at least under development. The target applications might be for high value satellites in LEO, but presumably once those are demonstrated they might be considered for spacecraft in more distant L1/L2 halo orbits or beyond.

Note that I'm not asking if JWST would be easy to "clip on to", that's a separate challenge.

Clip on thruster units already exist, at least for geostationary orbit. The Mission Extension vehicle has flown twice, most recently in 2020. It operates by mechanically coupling to a suitable engine nozzle and is otherwise independent.

The challenges in using an off the shelf MEV for JWST is that the speed of light latency would force more autonomy on the docking process, and the antenna and data link systems are optimized for Geostationary ranges rather than L2, noting that off the shelf MEV takes full control of the host vehicle so needs full time coms with earth.

There will also be challanges with a clip on unit due to the distance it is from the Center of Mass of the combined craft, and the fact it cannot thrust in the direction of the heat shield, making for a complex but probably solvable control problem.

Early in the JWST program there was an intention to include a docking grapple and fuel pipe to allow a hypothetical refueling mission, but unclear how much of that remains in the design that actually flew, refueling would involve a more complex craft (needs to tap into the fuel line, then reseal) but it would only need to operate until fuel transferred and avoids the problem of trying to control the JWST from an offset location.

I found out today that in fact Nasa have built in refueling points onto the JWST in order to refuel should the need or want arrive. Via a "Robotic refueler" was the term used.

Not direct evidence, but this seems more likely after reading Ars Technica's All hail the Ariane 5 rocket, which doubled the Webb telescope’s lifetime

Because ten years seemed like a fairly short operational period for such an expensive and capable space telescope, NASA had already been contemplating a costly and risky robotic refueling mission. But now that should not be necessary, as Webb has at least two decades of life.

(An addition to answers posted already, from Is it possible to refuel the James Webb Space Telescope?):

A: That depends on the JWST having its tanks/plumbing/ports accessible to a robot. (from what I have seen, I think it is a no..)

Northrop Grumman's MEV - Mission Extension Vehicles - have demonstrated the ability to physically grab and make a hard dock with a vehicle that was not previously designed to dock with..anything. And with that, the MEV is able to provide station keeping, attitude control and manoeuvring if required.

The Mission Extension Vehicle-1 (MEV-1), the industry’s first satellite life extension vehicle, completed its first docking to a client satellite, Intelsat IS-901 on February 25, 2020. MEV is designed to dock to geostationary satellites whose fuel is nearly depleted. Once connected to its client satellite, MEV uses its own thrusters and fuel supply to extend the satellite’s lifetime. When the customer no longer desires MEV’s service, the spacecraft will undock and move on to the next client satellite.

The Northrop Grumman-built spacecraft called MEV-2 docked successfully with the nearly 18-year-old Intelsat IS-10-02 satellite, in a move that is expected to add another five years of life to the satellite. 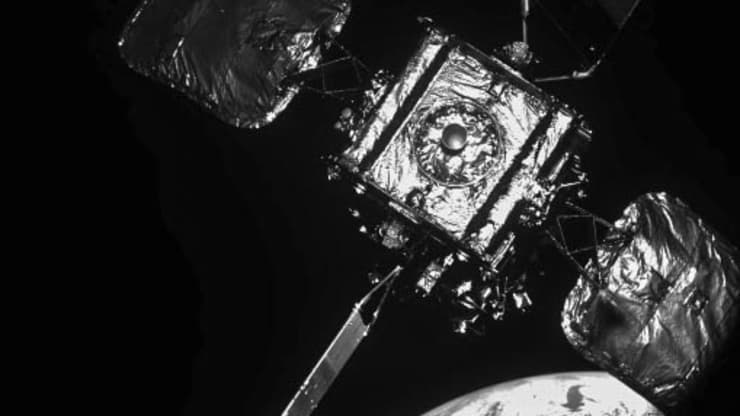 The shortcomings of MEV have been highlighted already - taking control of a satellite in EO is quite different from doing so at L2. Presumably it would not be an inconsiderable technological leap to get to a workable stage at that distance, especially within 10 years.

The next step is refueling: 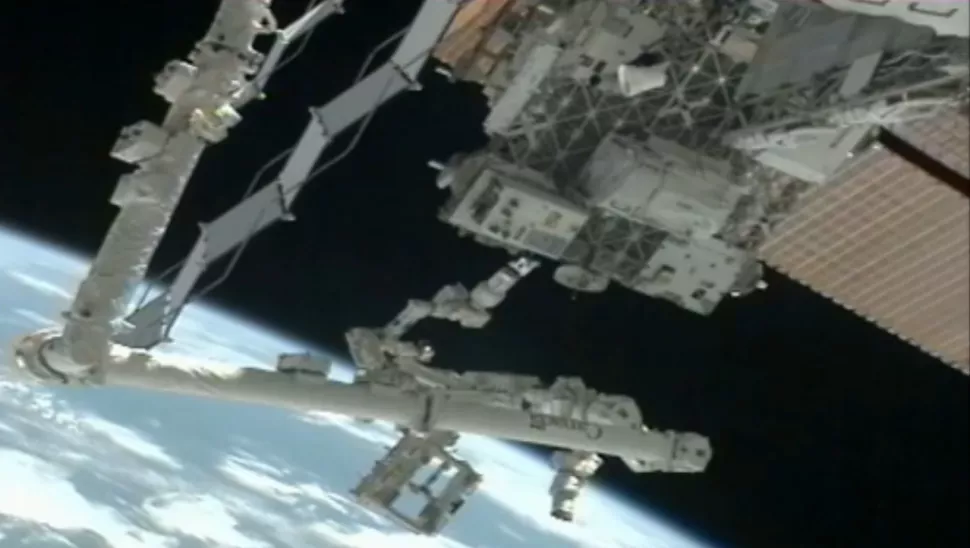 Robotic Refueling Mission calls for Dextre, which sits at the end of the orbiting lab's huge Canadarm2 robotic arm, to perform simulated refueling and repair tasks on a washing-machine-size platform affixed to the station's exterior.

The experiment's goal is to demonstrate technology that could someday fix and refuel orbiting satellites robotically, thereby extending their lives and potentially saving satellite operators billions of dollars over the long haul. Such work can be challenging, since current satellites were generally not designed to be serviced.

The first RRM experiments began last year (2012), when controllers on the ground used the two-armed Dextre to snip some wires with minimal clearance. The latest round of activities will be more complex and involved, as Dextre will snip more wires, unscrew caps and pump simulated fuel, NASA officials have said.

Orbit Fab announced June 18 it completed tests of an experiment called Furphy on the ISS, demonstrating the ability to transfer water between two satellite testbeds. At the end of the tests, the water was transferred into the station's own water supply, the first time a private payload supplied the station with water in that manner.

The company has acknowledged that it is getting ahead of the market, since no satellite refueling systems yet exist and most satellites are not designed to be refuelable in orbit. 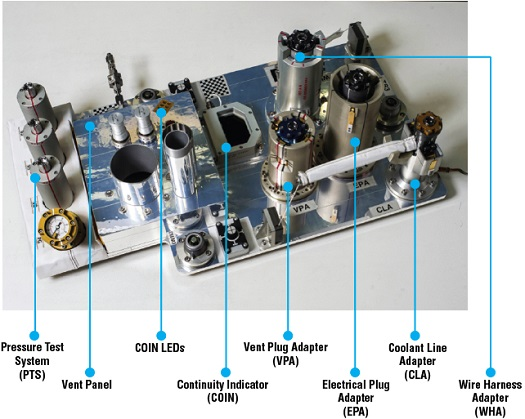 RRM has established a firm legacy in demonstrating satellite servicing capabilities and that on-orbit servicing is technologically ready for implementation. RRM launched in July 2011 aboard the final space shuttle flight and was the last payload to be removed from the shuttle cargo bay by an astronaut. It was subsequently mounted outside onto a Express Logistics Carrier built at NASA’s Goddard Space Flight Center in Greenbelt, Maryland. RRM demonstrated and tested the tools, technologies and techniques needed to robotically refuel and repair satellites in space that were not designed to be serviced.

About a decade ago, the Space Servicing Capabilities Office was established for:

RRM as seen here was one project, Argon was another:

The Argon system was composed of a feature recognition camera and software designed to allow a future spacecraft to robotically dock with an non-cooperative spacecraft, thereafter be able to repair, refuel or otherwise service it.

In tests, Argon sensors record images of the spacecraft target as it moves through some pre-determined motion.

The Argon Project completed integration in November 2011 and began a ground test campaign that will culminate in an end-to-end simulation of proximity operations, approach, and capture of a non-cooperative spacecraft target in· the Fall of 2012. The Argon team will conduct a series of increasingly sophisticated demonstrations leading up to the end-to-end test. Two different models for the GOES-12 spacecraft; a geostationary satellite that is a potential candidate for a refueling mission, have been used.

Tests were conducted in late 2011 that simulated separation distances between approximately 90 meters and 1 meter, with the targets positioned statically or with relative motion simulated by an overhead crane. Current testing underway in the ssco facility at GSFC where the relative motion between Argon and the target is simulated using robotic motion platforms.

In parallel with the Argon test campaign, the ssco is conducting a development and test program to integrate robot arm technology with a maiman ring capture tool that can be used to reach out and grab on to the target spacecraft at the point of capture. This development is ongoing in the ssco facility and will come together with the Argon system in late 2012 to conduct the end~to-end non-cooperative proximity operations and capture demonstration for a potential servicing mission.

In summary though, it is possible, and if not now then in the near future, but it depends on the will and the cost.

In that time JWST could well be superseded.

Also, I am aware of Ludo's assertion about it being very hard to do, especially at that distance and with or without haptic feedback. I knew someone who was trying to do that with robots performing human surgery across continents (USA to Australia IIRC) - very hard.

This image suggests that there is no Marman ring that a robotic spacecraft could grab hold of without damaging something.

Under the terms of this initial agreement, Orbit Fab’s GEO fuel shuttle will resupply Astroscale’s fleet of LEXI Servicers with up to 1,000 kilograms of Xenon propellant.

Not the answer you're looking for? Browse other questions tagged nasa spacecraft design-alternative james-webb-telescope or ask your own question.

22
Is it possible to refuel the James Webb Space Telescope?
3
Does NASA document what it contemplates? "NASA had already been contemplating a costly and risky robotic refueling mission" for JWST

3
Is the inter-manifold transfer of JWST between Sun-Earth L2 and Earth-Moon L1 within the capability of existing propulsion systems?