Are the JWST solar panels protected from solar flares?

Are the JWST solar panels protected from solar flares and would massive flares reduce the life of the JWST?

Solar panels have been used on spacecraft since the late 1950s. Perhaps one of the longest running set of actively used solar panels is on the Wind, which just turned 27 years old on November 1, 2021. If you look at the figure below (from the 2020 Senior Review proposal at the bottom of the above link), you will see a single plot showing the solar panel current output versus time (shows data from Jan. 1, 1995 to Dec. 31, 2019). You will notice there appear to be two different, roughly linear slopes in the panel output versus time. The first one ends after ~2004. This corresponds to the time when Wind went to the Earth-Sun L1 point permanently, i.e., it stopped passing through the terrestrial radiation belts. 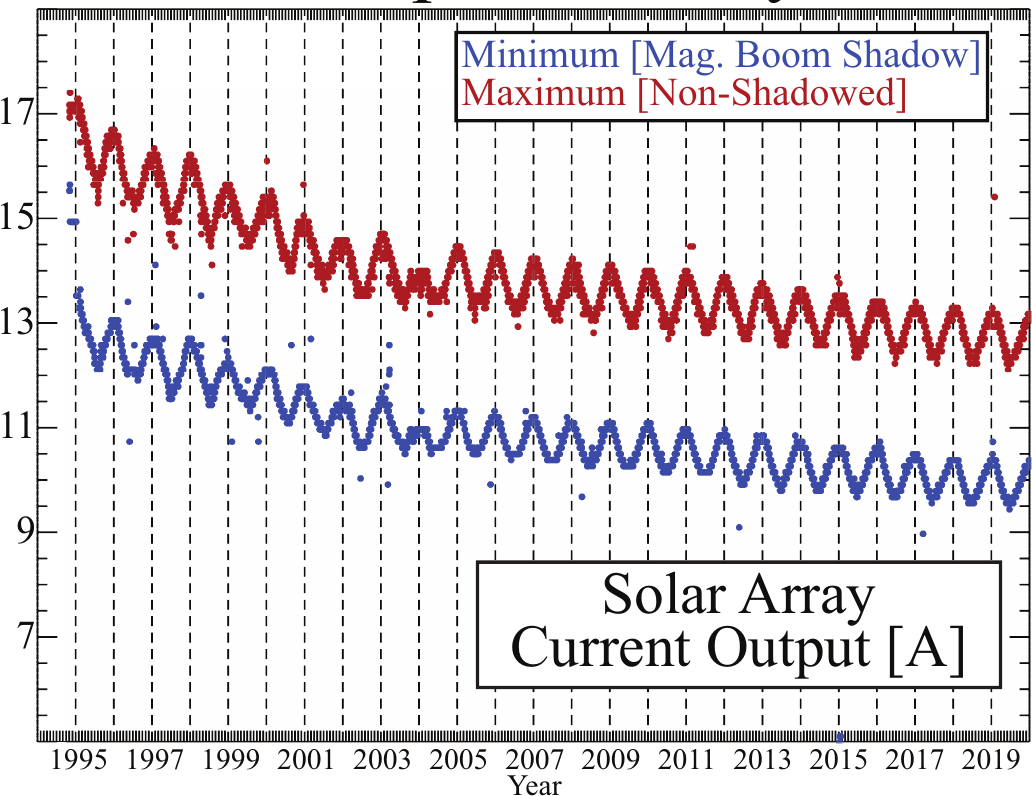 JWST, for comparison, will only pass through the belts a few times at most on its way to the Earth-Sun L2 point. Therefore, the biggest degredation will be the usual solar radiation (whether photons or charged particles from the solar wind.

Note that many spacecraft solar panels can perform "self healing" processes (I think this is called annealing, if memory serves me but please correct if anyone knows the correct term) to help recuperate the crystalline silicon or gallium arsenide material that converts the ionizing photons into an electric current. The bigger issue is usually with the conductive glass that covers the panels. Over time, ionizing radiation causes it to "blacken" and fewer and fewer photons can penetrate. This is the main reason why the Wind spacecraft's current output decreases over time.

Are the JWST solar panels protected from solar flares and would massive flares reduce the life of the JWST?

I very much doubt solar panel degredation will limit the lifespan of JWST. If memory serves me, the thing which will definitely end the mission are either it running out of fuel or running out of coolant.

Not the answer you're looking for? Browse other questions tagged james-webb-telescope solar-wind or ask your own question.

5
How are JWST tanks baffled to dampen slosh?
9
How will JWST extract the infrared signal from the desired early sources from all the other infrared it will see?
7
What systems onboard the JWST are redundant and which are not?
5
Are they already planning a successor to the JWST?
3
Is the inter-manifold transfer of JWST between Sun-Earth L2 and Earth-Moon L1 within the capability of existing propulsion systems?
5
Is the JWST halo orbit period sync'd with earth's elliptical orbit about sun?
6
How frequent are (or will be) JWST station keeping burns at L2?
2
JWST - batteries?