Why did a solar eclipse of the sun as seen from Apollo 11 appear to have an elliptical corona?

When asked to recount an experience from the Apollo program, Neil Armstrong stated:

[My] most indelible memory was approaching the moon and flying through the moon shadows so that the moon was eclipsing the sun and we could see the corona all around the moon. It was not circular, it was elliptical which was a big surprise, I didn't understand that. And then we could see the moon - the dark side of the moon of course, illuminated by earth-light...

This quote was taken from podcast StarTalk Radio, S1:EP9, "Anniversary of Apollo 11" starting at about 11:35. (Did my best to transcribe accurately).

In the quote, it seemed like Armstrong was referring to an unaided-eye observation. So why would the eclipse look different from his unique vantage point than an eclipse would have looked from Earth, which seemed to be what he was comparing to?

Here's what seems to be a typical solar eclipse as seen from Earth (source):

which overall seems to be circular; the irregularities don't seem obviously elliptical to me.

Presumably from Armstrong's vantage point, it didn't look like this.

I braved the world’s biggest traffic jam to witness the 2017 solar eclipse. I watched the corona with bare eyeballs through astronomic binoculars. Better than LSD (as described to me). 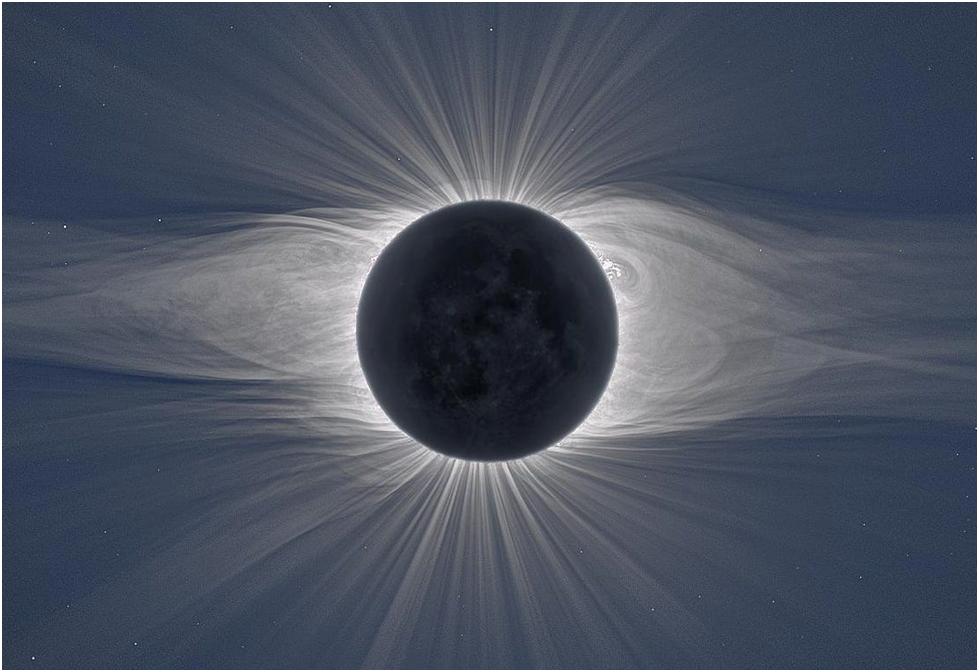 Not the answer you're looking for? Browse other questions tagged the-moon apollo-program apollo-11 solar-eclipse or ask your own question.

2
Where is the Neil Armstrong interview I heard on Fresh Air with Terry Gross?
8
What are the "Moon L, B, C" angles shown in this solar eclipse simulation?
6
Can satellites or the ISS be seen from Earth during a Total Solar Eclipse?
7
Have any space stations experienced a total solar eclipse?
21
How were the Flight Journals of the Apollo missions originally transcribed/recorded?
7
What Soviet signals (if any) attempted to scramble communication and sabotage Apollo missions?
7
How were Apollo spacesuits cooled during simulations/rehearsals on Earth?
8
Where in orbit was Michael Collins when the LM landed?
3
Plot of the thermally-induced tilt in Martian surface during solar eclipse by Phobos? (slope of 1 atom per meter?)