Ask Question
Asked 21 days ago
Active 21 days ago
Viewed 112 times
-2
$\begingroup$
This question already has answers here:
Briefly, what are the factors to consider when choosing a launch site? (2 answers)
Closed 20 days ago.

Viewed from above the North pole, earth's rotation is seen to be "anti-clockwise". Given this fact, any rockets launched from the eastern coast of U.S. have more chances of falling back onto inhabited areas to the west of a launch site, (in case of a defective launch / rocket failure) than falling in the "North Atlantic Ocean". I am aware that the rockets forward (towards east) speed is perhaps much faster than the speed at which Earth rotates, however, for theoretical purposes, in case the rocket speed is insufficient, this might happen. So, the question is why did the US choose almost all of their launch sites for non-military rockets, on their eastern coast & not the western coast near California?

Non-polar orbit missions overflying the entirety of the US on every flight (From the West coast, flying eastward) would seem to be a lot more risky, than the extreme example of risk from an East coast launch cited.

Polar launches have simpler flight paths from the West coast, (No need to dodge Cuba, or the Bahamas) vs the East coast. SpaceX has recently demonstrated you can fly polar missions from the East coast, but there is a payload penalty.

Your question is loaded. The premise that the US chose almost all their launch sites for non-military rockets on the eastern coast is patently false. 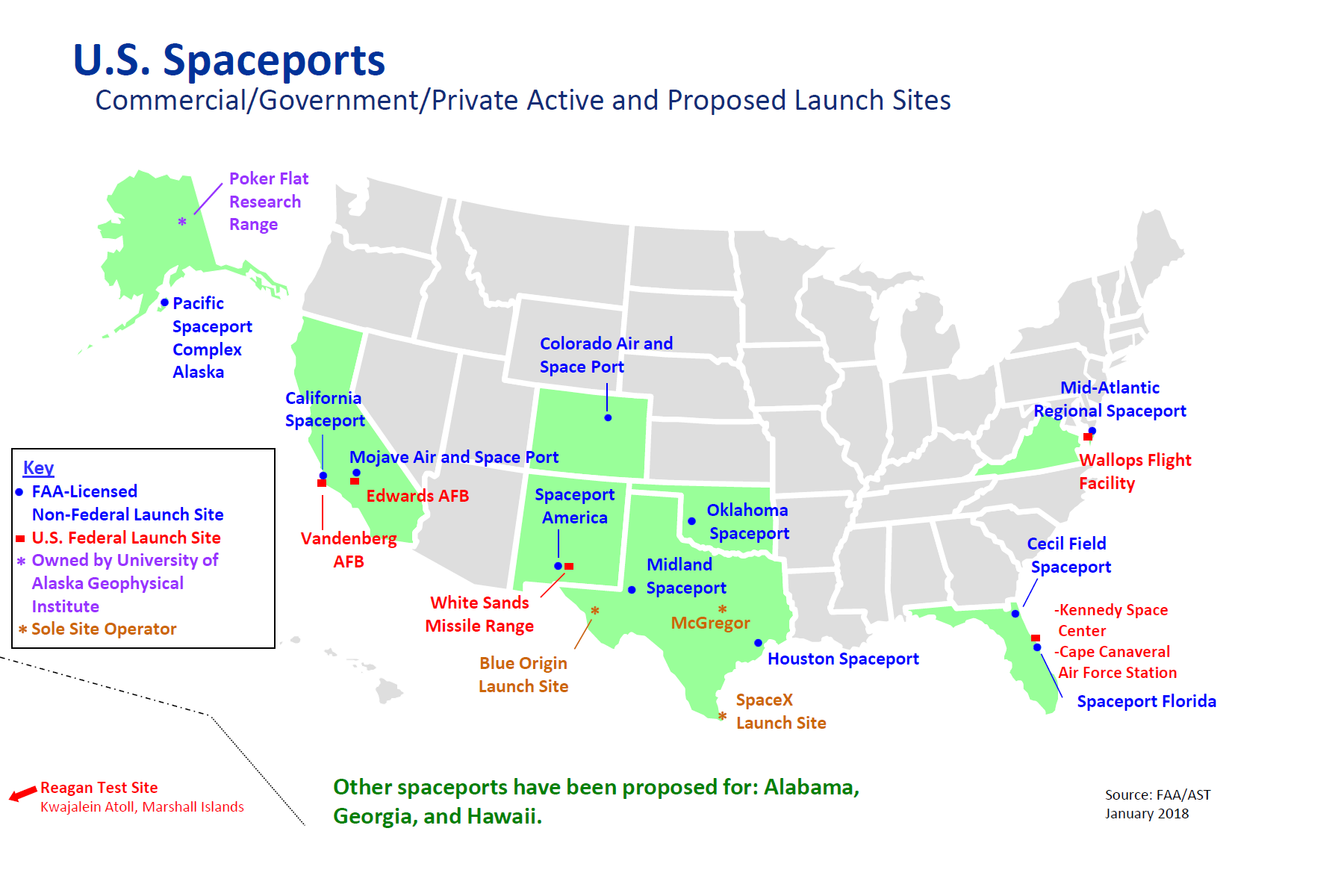 The choice of where to launch a rocket is discussed in answers to Briefly, what are the factors to consider when choosing a launch site?.

7
Briefly, what are the factors to consider when choosing a launch site?
2
At what point in the atmosphere does a returning space object adopt the rotational speed of planet earth and how?
3
What forces a spacecraft, returning from Earth orbit, to synchronize with Earth spin?