How does gravity change beyond L2?

Why does gravity appear to increase again on the far side of L2 from earth as indicated on the gravitational contour diagram? One would expect gravity to continue to decrease as the distance from sun and earth becomes greater.

The radial acceleration a of an object in orbit at a point along the line passing through both bodies is given by:

Here's a plot of "radial acceleration" as a function of position along the Earth-Moon line, intersecting the three collinear Lagrange points.

A plot along the Sun-Earth line would look qualitatively similar; it would have the same shape and number of zero crossings, and also rise on the right past L2 as it does to the left of L1.

Net radial acceleration of a point orbiting along the Earth-Moon line. A positive value means the object will be forced to the right. Lagrangian points L3,L1,L2 occur where the line crosses the x-axis, but due to the positive slope on crossover, none of them are stable.

The key here is that the graph shows acceleration in a rotating frame of reference.

In the sketch below, blue is centrifugal force, green is gravity and red is the sum of the two 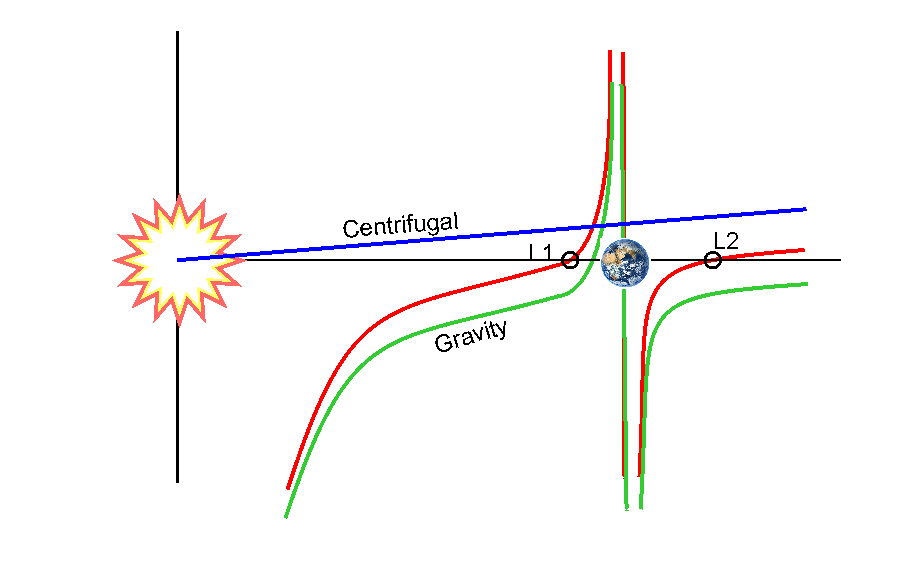 In Newtonian mechanics, the centrifugal force is an inertial force (also called a "fictitious" or "pseudo" force) that appears to act on all objects when viewed in a rotating frame of reference.

Lagrange point contour diagrams typically use a rotating reference frame, and show the combined effect of gravity & centrifugal force. Everything on the diagram is actually rotating, as well as being subjected to gravity.

To illustrate the Lagrange points of the Sun-Earth system we use a rotating frame that has an angular velocity of 1 revolution per year. Here's the potential surface for the Sun's gravity (without the Earth) and the centrifugal force at that speed. 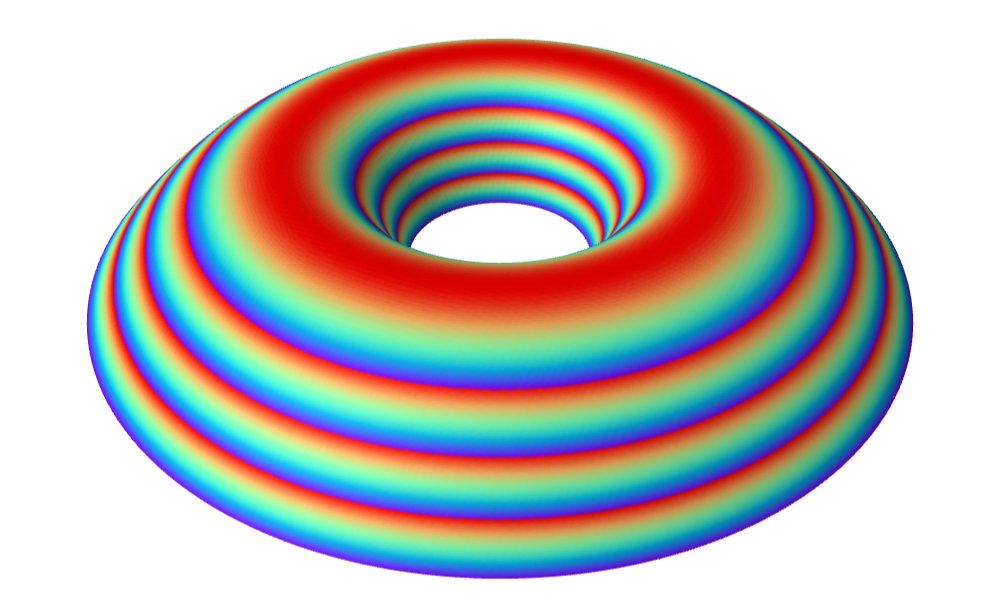 Bear in mind that these diagrams only apply to objects that are revolving with the frame. That is, they are static relative to the rotating frame. A body sitting on the very top of that surface is 1 AU from the Sun. It has the correct angular velocity to remain in a circular orbit, so it remains motionless in the rotating frame. A body with radius <1 AU is going too slow, so it moves inwards, due to gravity. A body with radius >1 AU is going too fast, so it moves outwards, due to centrifugal force. In either case, we can't say exactly what path the body will take because we don't know the Coriolis force, so we can only tell what the initial direction of motion will be.

As Qmechanic explains in Why shouldn't we illustrate spacecraft trajectories on top of static zero velocity pseudo-potential surfaces?

Due to the Coriolis force, a test mass $m$ (without propulsion) will drift along (instead of perpendicular to) equipotential lines!
[...]
The Coriolis force explains the stability of Lagrange points $L_4$ & $L_5$.

Here's a two-body diagram, where the larger body has a mass 8 times that of the smaller body. (If we use a large ratio it's harder to see what's going on, unless the diagram is huge). 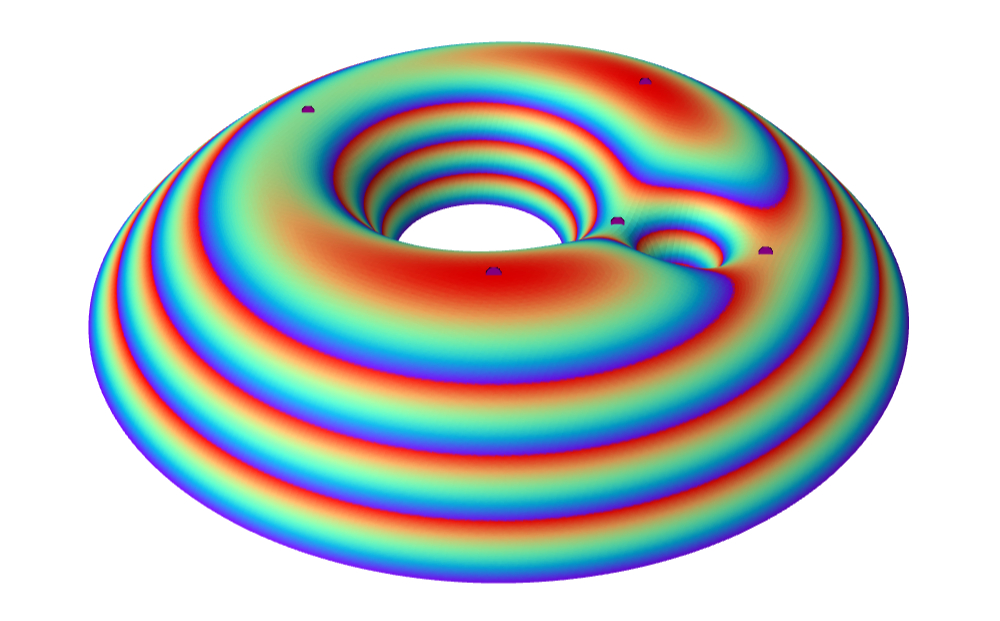 The Lagrange points are marked by small purple spheres. L4 and L5 are sitting on top of hills, but L1, L2, and L3 are at saddle points, which are maxima in the radial direction, but minima in the tangential direction.

It's easier to see what's going on in this interactive 3D diagram, created using Sage. You can pan and rotate using the mouse, and zoom using the scroll wheel. On touchscreen devices, use one finger to rotate, two fingers to pan and zoom.

The potential surface function uses the same scheme as Wikipedia:

Not the answer you're looking for? Browse other questions tagged orbital-mechanics physics gravity lagrangian-points or ask your own question.

23
Since L2 has no visible marker, how will James Webb's ground control determine its relative position and velocity for station keeping?
7
Gravitational field of the Moon and Earth
17
What are quaternions and how are they used to represent spacecraft dynamics?
8
Why shouldn't we illustrate spacecraft trajectories on top of static zero velocity pseudo-potential surfaces?
0
What is the distance between Mars and the lagrange point L2 Mars Sun?

19
How deep is the force well of L4 and L5 Lagrangian Points of Earth-Sun set?
4
Why are the Trojan libration points equidistant and not mass weighted?
11
Are large halo orbits around L₁'s and L₂'s preferred over small orbits for reasons other than geometry?
1
What formulas do I use to calculate the gravity and drag forces on an object ascending from Earth's surface?
3
What was the probability that Osiris Rex would find Earth Trojans?
10
How to intuitively explain that reaching geostationary orbits consume more Delta V than escape orbits?
4
How to calculate the flight path angle, γ, from a state vector?
2
Is the equation showed below the right one for an airplane flying at the Kármán line altitude?
4
Do Lagrange points still exist if there is significant radiation pressure on the third body from the first?
6
JWST Halo Orbits for Dummies: can halo orbits be usefully approximated by Simple Harmonic Motion?