Is there any point in space that the James Webb Space Telescope would be unable to image?

The James Webb Space Telescope has some very specific positioning requirements; the second Lagrange point and the heat shield positioning being at the top of my mind. 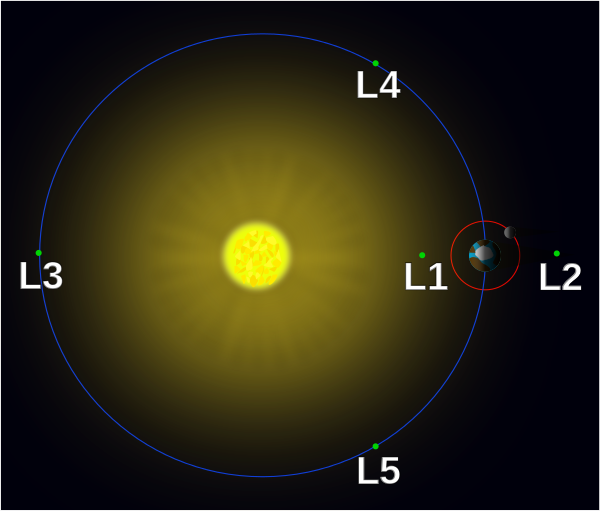 Do these constraints eliminate the possibility of pointing the telescope at any general region of space? For example, a telescope positioned at the south pole can never image Polaris because Earth is always obstructing the view.

For the JWST at first I thought you could analogize this to "the belt of space always hidden behind the earth and the sun", but then I realized that part of space isn't always hidden, but it instead would simply be unavailable on a "rotating" basis depending on the time of year; after all what is hidden behind the sun in January is out the opposite direction during summer. But my astronomy foo is weak and I wonder if there are other aspects of the deployment and operation that could affect things that I'm unaware of.

Are there any portions of the sky that the JWST will never be able to image because of constraints on it's positioning?

Here's a really great article with pictures that explains it better than I can. But to summarize: 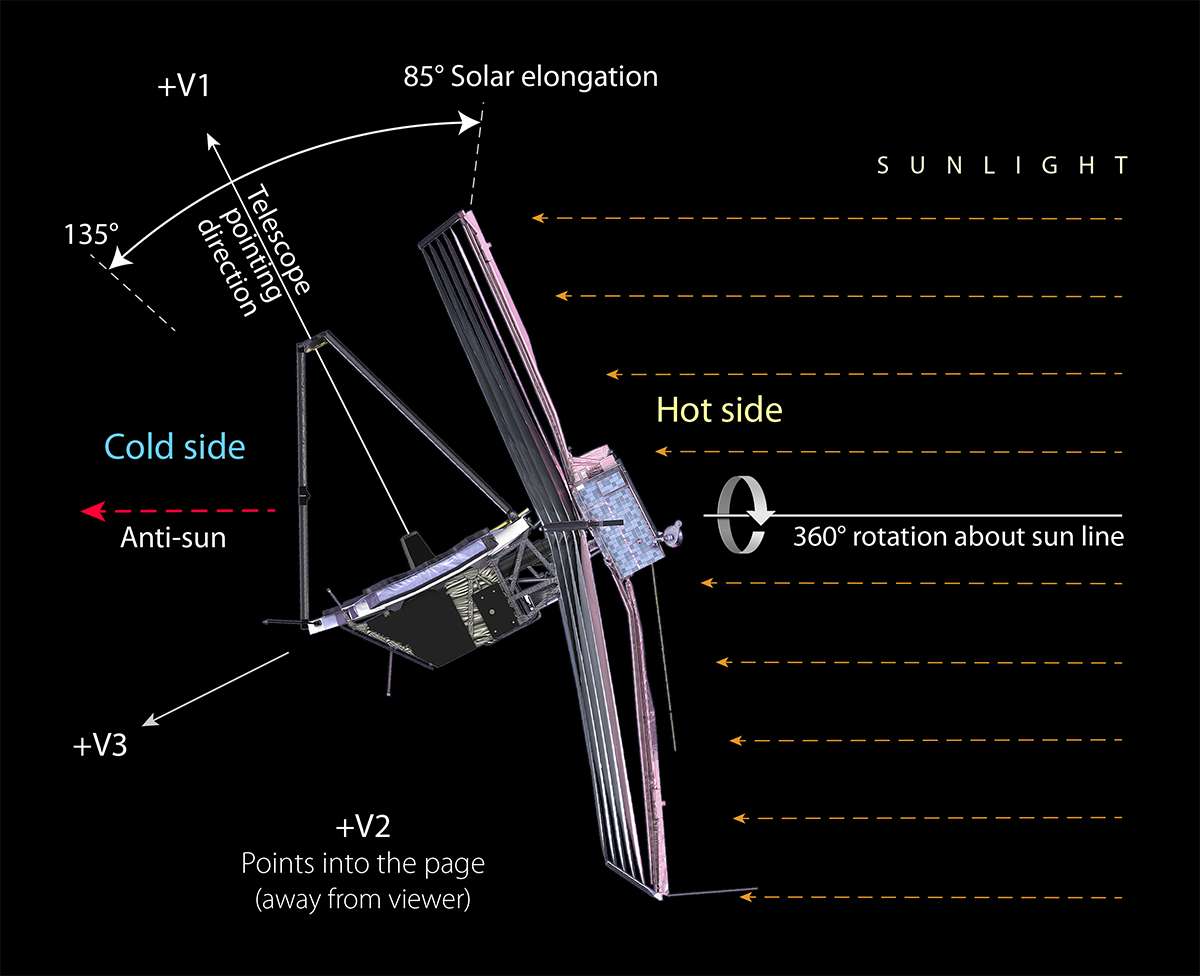 If you draw a line between the JWST and the Sun, it can point up to 5° towards the sun or 45° away from it while keeping all the sensitive parts shaded by the heat shield. In addition, it can rotate in any direction around that line. And (not really relevant to this question) it can roll up to about 5° side-to-side.

The net result of this is that

There are restrictions not only in direction but also in distance.

The JWST is sensitive to wavelengths from 0.6 to 28 µm. Any very early object very far away with a red shift to longer wavelengths above 28 µm could not be observed by the JWST.

The JWST can aim from 85 degrees to 135 degrees along the orbital plane. 0 degrees is toward the sun and 90 degrees is tangent to the orbital ellipse. This keeps the Sun and Earth in the angle presented by the sunshield no matter the pointing angle. At any point in time, the JWST can only image something that lies within this field - of course, things outside that must wait until the telescope's orbit brings it into view.

The telescope would need to rotate on the axis defined by a vector from the Sun through the Earth to view anything "above" or "below" the ecliptic. I am assuming there is no problem to accomplishing this.

39
Can James Webb take pictures of our solar system? In what ways will they differ from/compliment those from Hubble?