Has any piston machine been used on a space mission?

Inspired by question about engine lubrication in space.

Piston engines are not used for propelling spacecraft, but there are some possible uses for especially Stirling engines and compressors:

But I didn't find a reference of any such being actually used in space, even as a demonstration. It appears that even air conditioning heat pumps used in space applications are not using the piston compressors that are common on Earth.

I guess the answer is no, but I'll ask anyway:

Has any reciprocating piston machine (either engine or compressor) been operated in space?

The only moving parts in the cryocooler are the two 2-cylinder horizontally opposed piston pumps in the CCA, and by having horizontally-opposed pistons that are finely balanced and tuned and move in virtually perfect opposition, vibration is mostly cancelled-out and thus minimized.

The pumping mechanism consists of a rotating barrel and a tilting "head" with the pistons attached to it. The "head" can vary its angle to control the amount of fluid displaced by the pistons, based on the demand on the system. In the shuttle the pumps were driven by the hydrazine-powered Auxiliary Power Units. 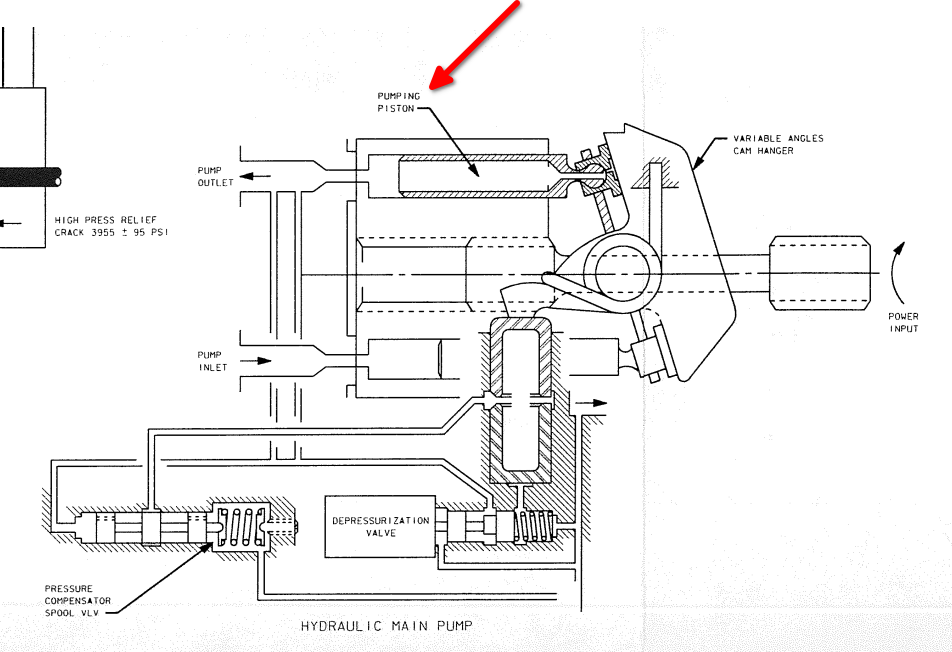 Addressing the "been operated in space" part of the question: The orbiter hydraulic systems were used to power other systems mainly important for ascent and entry such as main engine thrust vector control, aerosurfaces, landing gear, etc. The pumps ran until completion of the Main Propulsion System dump well after Main Engine Cutoff during ascent. One system was started prior to the deorbit burn on entry. So these piston pumps definitely operated in space.

Not the answer you're looking for? Browse other questions tagged history technology or ask your own question.

32
How do satellite motors keep themselves cool and lubricated?
11
Why are so many companies suddenly working on satellite internet?
6
How will Robotic Refueling Mission-3's liquid methane tank remain full for six months without any boil off?

22
Has any CubeSat flown with an active propulsion system?
25
Has any technology been demonstrated that allows a useful payload to survive at least one month on Venus' surface?
9
What progress has there been in the design of modern spacesuits?
21
Has sound ever been used to diagnose a problem not shown by other measurements?
4
Was the teletype machine on MIR the first printer in space? Is there a photo, and what frequencies were used?
7
Were Nixie tubes used by a space program?
3
First hemispherical resonator used in spaceflight? First used on a deep space mission?
7
Has ion propulsion ever been used in a deep space trajectory correction maneuver proper?
20
What are some of the obsolete technologies that space agencies used in day-to-day work during the 1960s?