I was thinking about it for a while and realized I really don't know. I'm guessing it's:

What else? I know the main tank's been almost completely rebuilt from the ground up. I'm sure the avionics are completely new. I'm guessing the SRBs are completely the same (for now). Orion & the second (third?) stage are all new (at least to STS hardware).

How much of this legacy system is actually legacy?

Note: I don't mean previously-flown hardware, just hardware which is "rolling" off the same production "lines". At some point the question breaks down if everything's hand-built and a decade's passed since components have been put together. 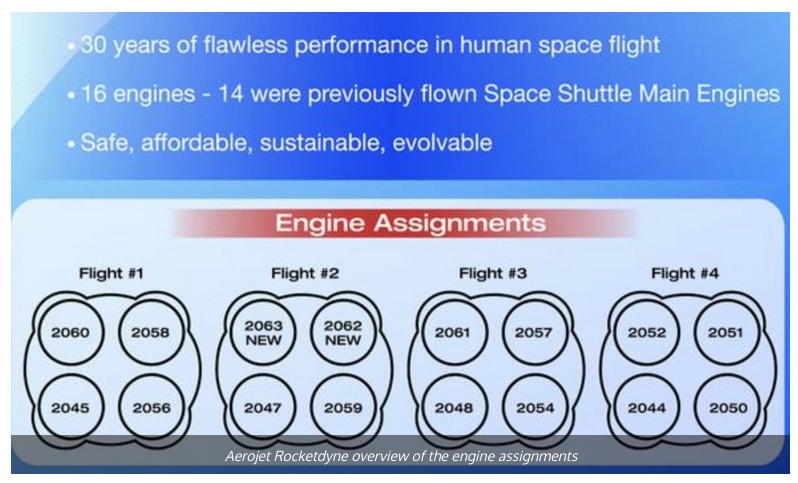 Image source Where are the lost RS-25D Block 2 engines? Note: "30 years of flawless performance" is not true. 5 pad aborts, one in-flight shutdown, a myriad of smaller problems. 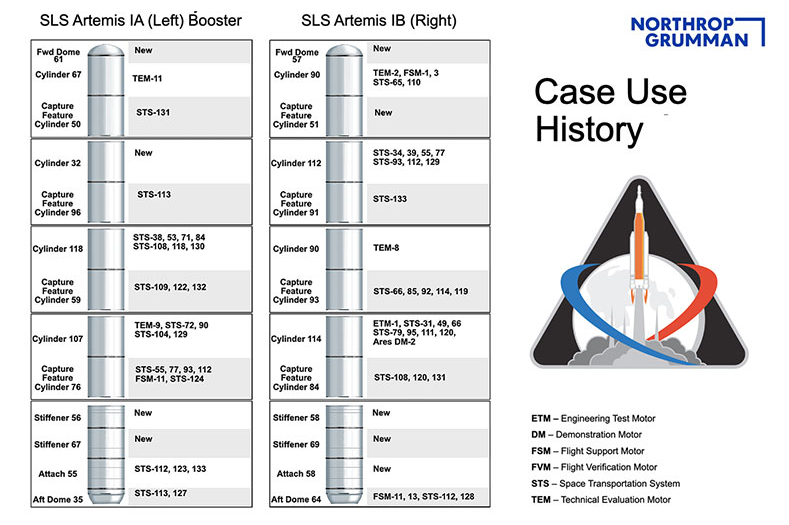 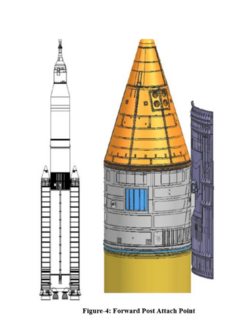 This slide summarizes the situation with the boosters: 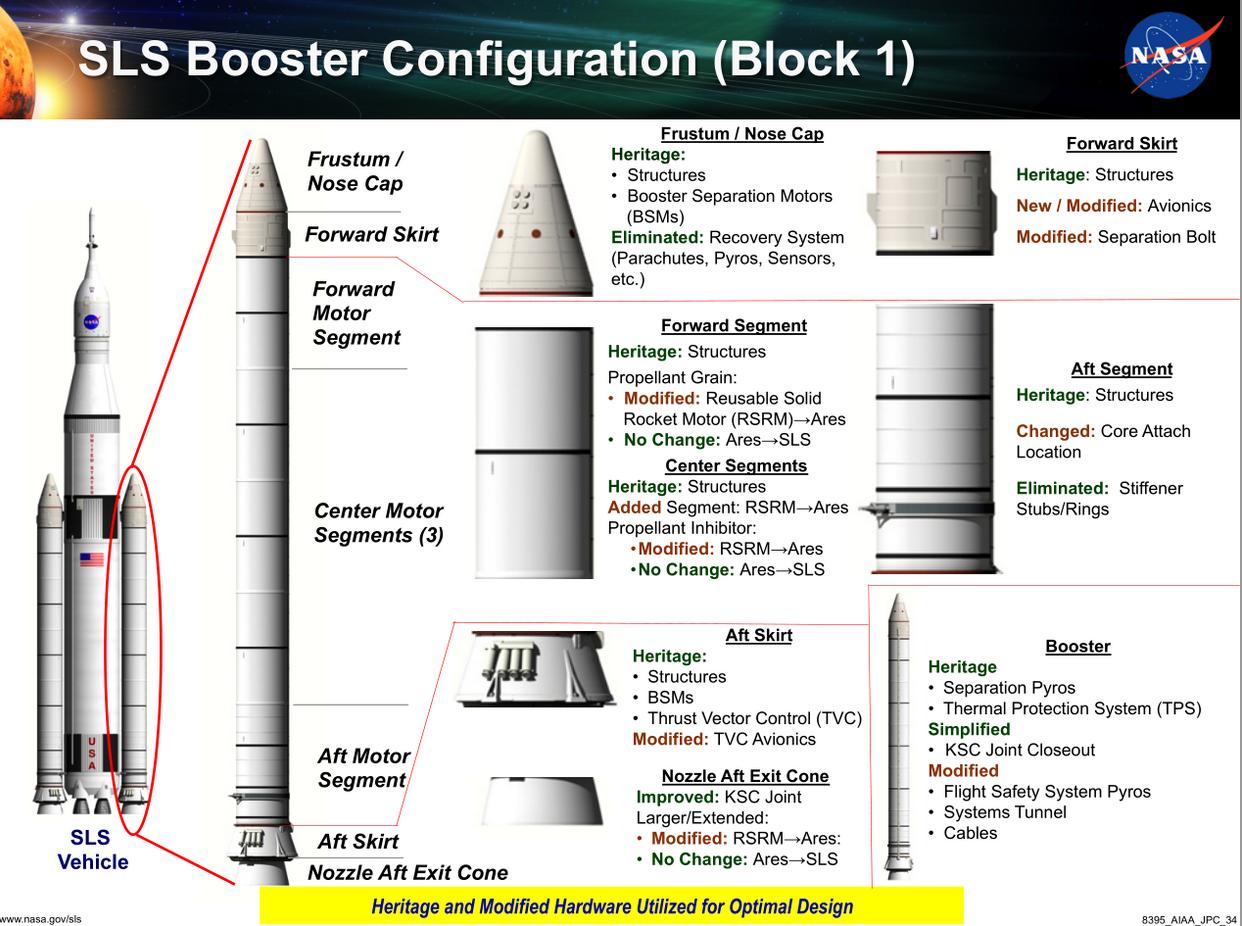 The Thrust Vector Control System is basically identical to the STS version.

Are the APUs on the SLS SRBs planned to be hydrazine powered?

Not the answer you're looking for? Browse other questions tagged sls manufacturing shuttle-derived or ask your own question.

13
Where are the lost RS-25D Block 2 engines?
5
Are the APUs on the SLS SRBs planned to be hydrazine powered?

11
How will the SLS first stage be supplied with engines? Copy manufacturing the RS-25 or replacing it?
5
What makes SLS (Space Launch System) \$10 Billion (or \$36 Billion) project?
14
What are the differences between SLS and Ares V?
7
Why will SLS Block I bring less mass to LEO than the STS shuttle system did?
12
What does the software quality process for NASA's SLS look like?