Where were the complexes of the Soviet counterpart to the NASA DSN located?

The NASA Deep Space Network is a means to get a 360 view of the heavens from zenith to nadir. The NASA DSN complexes were functional as of 1965 providing support to the Apollo Program. More recently ISRO MOM appears to rely upon the NASA DSN too. Ergo, one receives the impression a DSN is essential to deep-space missions.

Soviet and Russian deep space missions did not use NASA's DSN. The major antennas were all located in Soviet territory: Crimea, Moscow and Ussuriysk, spanning longitudes from 33 to 132 degrees east and allowing access to almost 270 of the possible 360 degrees of right ascension at any time.

Rather than using monolithic 70-meter parabolic antennas similar to the US DSN, the first antennas of the Soviet DSN were built from eight 16-meter dishes placed on two hulls of diesel submarines, welded together and laid down on railway bridge trusses. These trusses were mounted on bearings from battleship gun turrets. 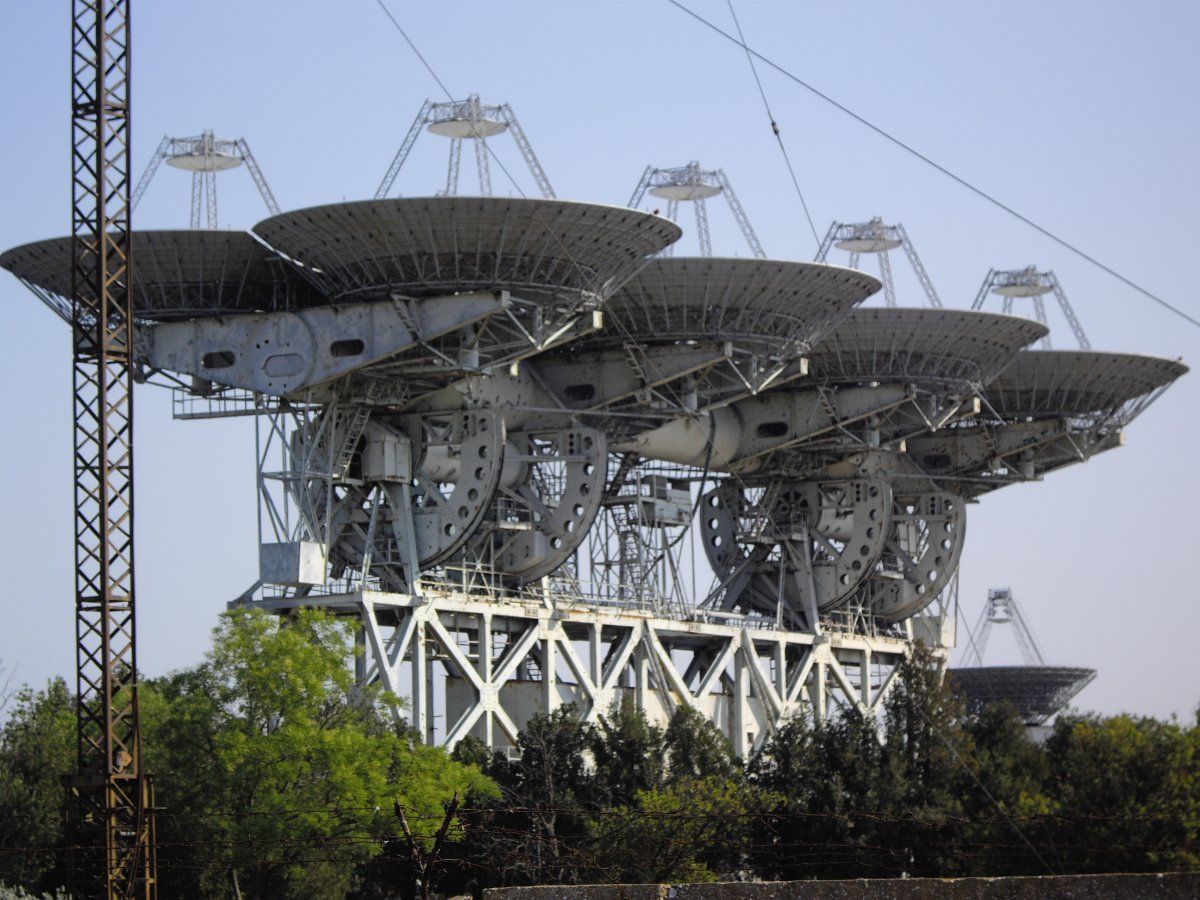 Not the answer you're looking for? Browse other questions tagged nasa russia deep-space-network or ask your own question.

4
Which LEO missions are currently supported by NASA's DSN (and why)?
8
How many space-craft can a station on the DSN communicate with concurrently?
8
Why was the 100m Green Bank dish needed together with DSN's 70m Goldstone dish to detect Chandrayaan-1 in lunar orbit?
3
How have/how will Indian ground stations be used for comms or tracking of deep space spacecraft?
7
Deep Space Network time budgets per spacecraft - is such statistics available?
4
How would the Apollo telescope have worked in the Apollo command module? Where would it be located and how would it be operated?
2
How many hours each day is Mars reachable by 2 of the 3 DSN complexes?
10
What is the numbering system used for the DSN dishes?
6
What information was stolen from JPL during the Raspberry Pi hack?