What can we know or at least deduce about this "mysterious blob in an Ingenuity navcam image"?

Near the end of Mars Guy's new video Mars helicopter escapes sand trap linked below there's an image taken by the Ingenuity helicopter where an out-of-focus bit of debris passes in front of the navcam lens during a landing.

There's a weird splotch in these final images that must be a piece of material kicked up by rotor downwash. But the shape is really strange, not like a blurry sand grain which is what you'd expect to be kicked up. So this is another mysterious blob in an Ingenuity navcam image.

Question: What can we know or at least deduce about this "mysterious blob in an Ingenuity navcam image"?

From the angular size, degree of defocus and known lens properties can we deduce its actual size? Is it being pushed up against the lens (or a protective window in front of it) or hovering in the wash? Are there known particle types on Mars that are long and thin and lumpy?

On Earth we'd see this as a bit of grass or leaf or root from the soil, but on Mars a long, thin object light enough to be blown up in the air by Ingenuity's downwash and stay there seems quite unusual. 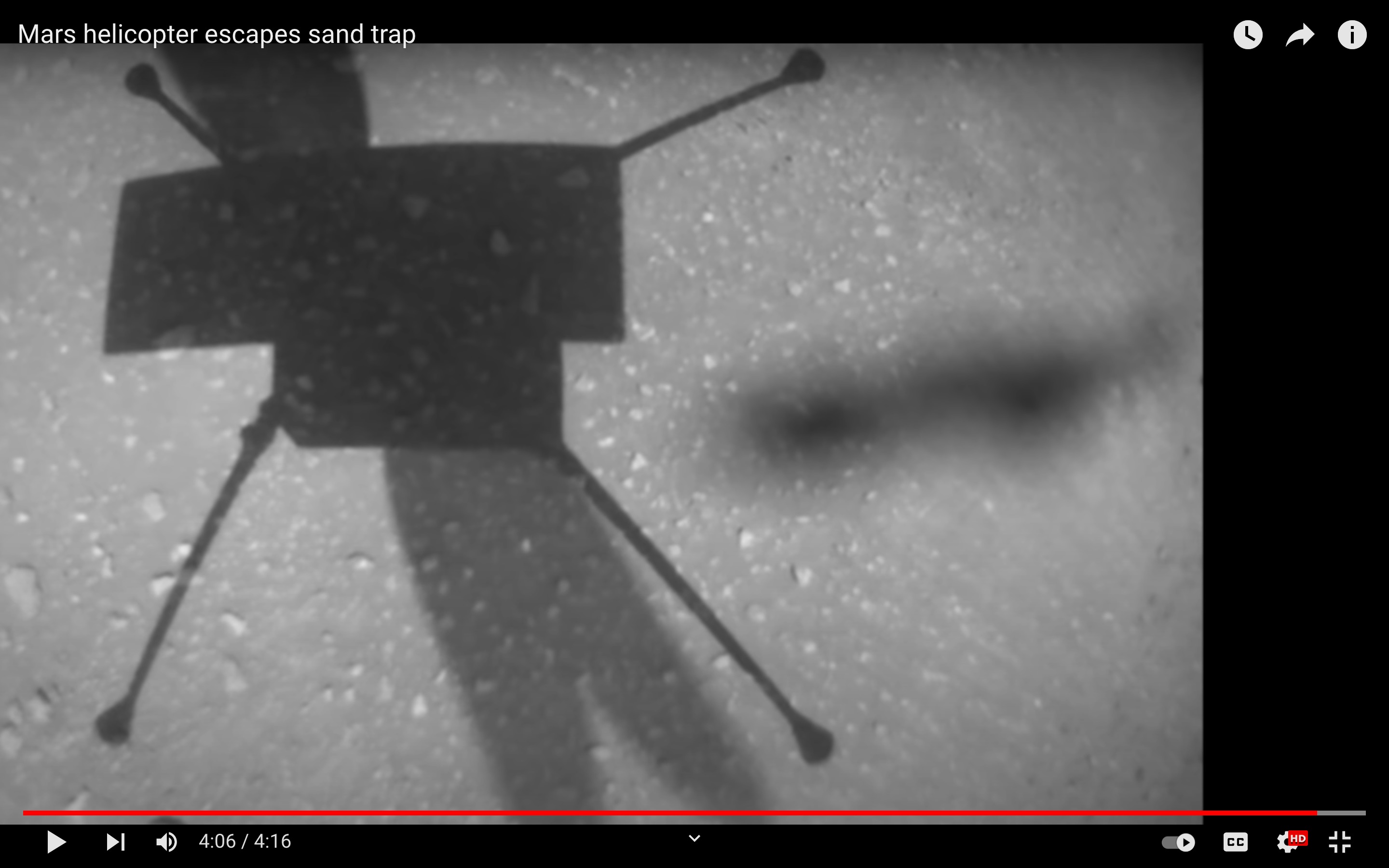 Browse other questions tagged mars identify-this-object ingenuity regolith or ask your own question.

1
At what time in the Apollo 14 mission did the maneuver shown in this image happen, and what exactly was happening?
0
What spacecraft components are in the foreground of this image of the Earth and Moon? What is the camera inside of?
10
What are these stacked panels on the ISS in this image?
5
Help understanding this Apollo 11 docking probe image, what are we looking at, and from where?
1
Do we know what is the approximate size of this object on Pluto's surface?
10
What is all this about? (photo of several small cup-like structures on top of Perseverance)
5
Where is the uncropped version of this cool Ingenuity navigation camera GIF?