Will the NASA Commercial Crew "zip line away from the tower and into" this "military armoured truck" in case of emergency? Does the truck have a name?

The #Crew4 astronauts have been busy getting ready for their upcoming mission to the @Space_Station!

The crew recently participated in simulations focused on undocking and departing the orbiting lab, emergency preparedness training, and more: https://go.nasa.gov/3KhJllY

Also shows the image below.

What is that beast of a vehicle? 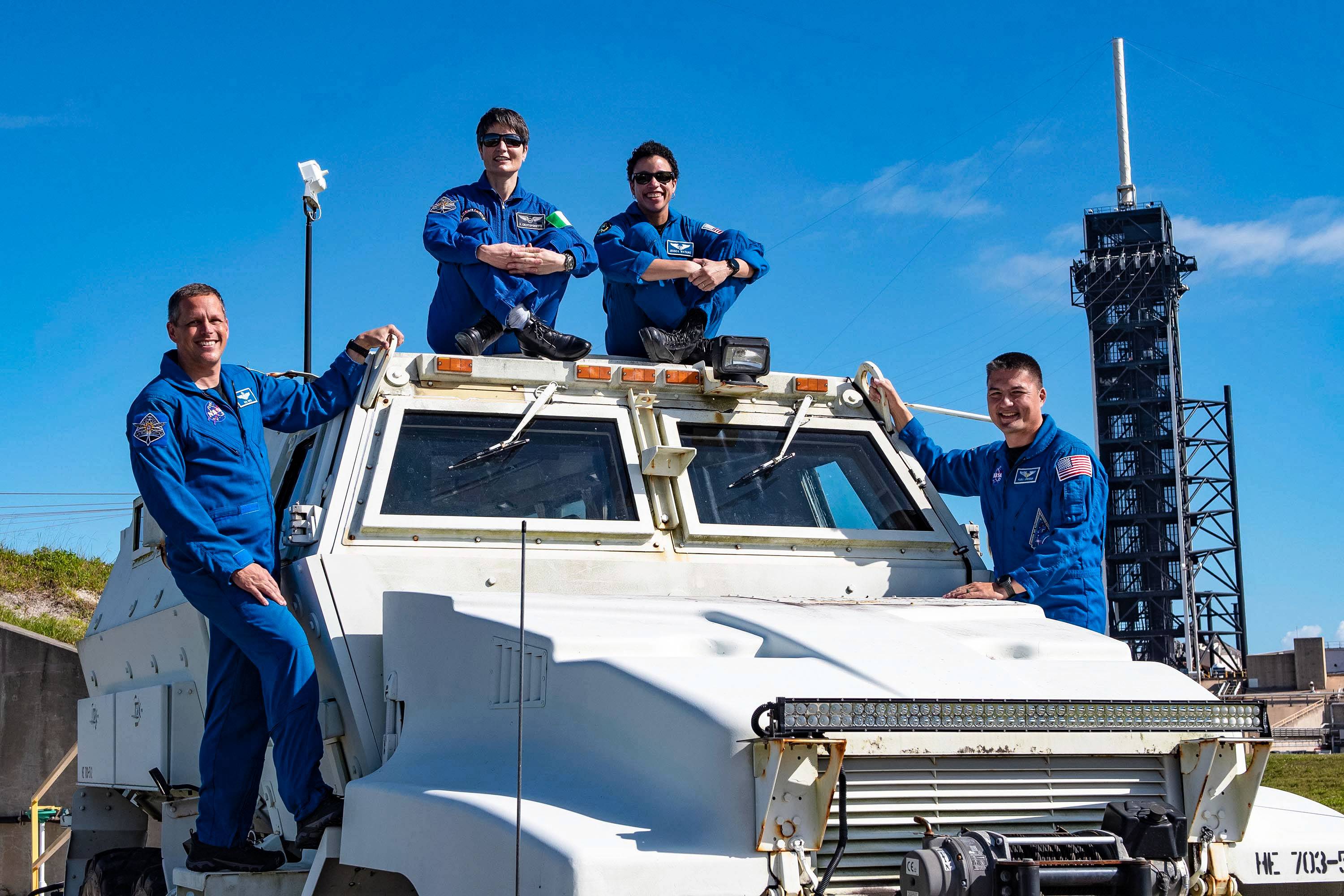 For #1, it certainly sounds like there's something zip-wire-ish involved:

...slide-wire baskets carrying astronauts and ground personnel from the top of the crew access tower

For #2, it is a "MRAP" (mine-resistant ambush-protected) vehicle of a type designed for use as general-purpose armoured transport/patrol vehicles in Iraq/Afghanistan. A group of them seem to have been acquired in about 2015.

WP clarifies that the term covers about a dozen types from different manufacturers - there was no single model - and while it mentions NASA, it doesn't say which type. However, it looks like this was a BAe Caiman - that article mentions NASA use, with a picture looking very much like this one, and it seems to have the distinctive bulge on the sides.

Not the answer you're looking for? Browse other questions tagged launch crewed-spaceflight identify-this-object safety mission-anomaly or ask your own question.

40
Why does this researcher have a "clear plastic bag" over their head?
5
Slide rope way from launch pad of space shuttle?
5
Ground personnel proximity to space shuttle at launch?

2
Does (or has) the US military launch anything besides weapons and weapons tests into space themselves?
26
How did sloshing prevent the Apollo Service Module from moving safely away from the Command Module and how was this fixed?
4
How does the Commercial Crew Program differ from the way NASA's previous crewed systems were developed and operated?