On March 16, 2022 we were treated to the first image from the JWST of a star, where all 18 segments were aligned and in common focus. What a wonderful photo: 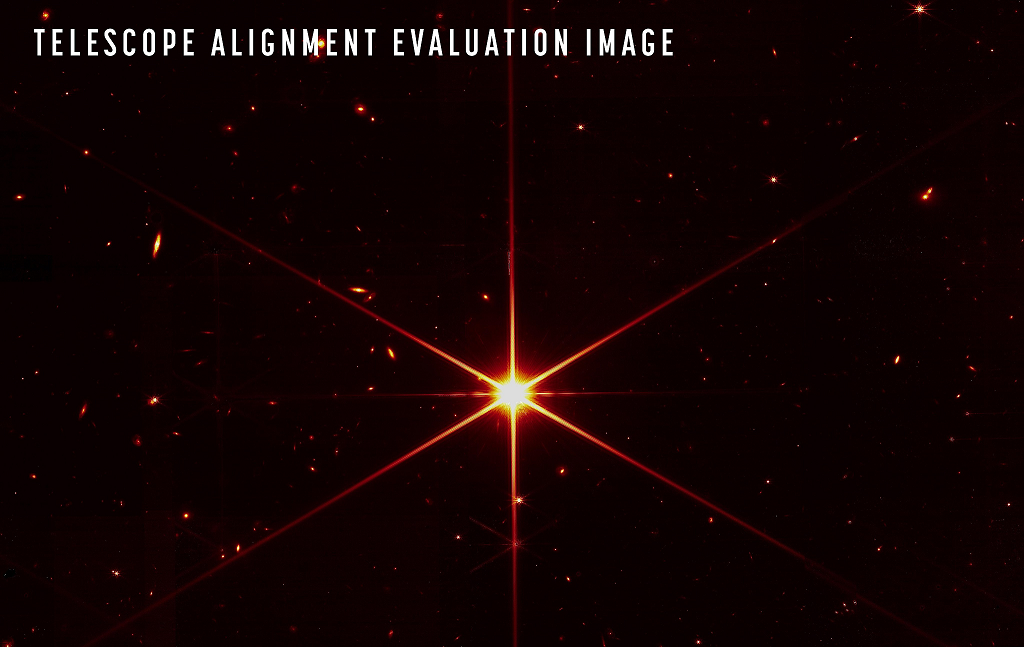 I am curious why this central star has six very obvious “rays” in the image. An offhand comment I read (or heard) somewhere said this is because of the hexagonal shape of the JWST’s primary mirror.

This must refer to the outer perimeter of the primary mirror, I reckon.

It occurs to me that every light source in the image must have these artifacts in some form (not just at the center of the image), so these quirky hexagonal light rays (including those from IR sources, of course) must be (potentially) anywhere (everywhere?) in the image.

Is there some magnificent optics software involved in the processing of the raw image data, removing these artifacts, even including where they overlap other (non-artifact) light sources (and leaving the non-artifactual “good” data)?

More generally, is there a good (general) write-up on the image processing pipeline for data from the JWST?

These star-like structures are caused by diffraction of light at any structure inside the optical path and are called diffraction spikes. In case of JWST it is caused by, as you say, the borders between mirror segments and the outer shape of the mirror. You can experience the same effect with any camera that has mechanical aperture blades (search for "aperture stars")

If the perimeter of the primary mirror was circular, would these artifact rays not be present?

Yes and no. The diffraction would be equal in every direction and therefore a lot less visible. But, just having circular mirrors doesn't help - there would still be some gaps between mirrors that have a pointy, star-like shape causing similar effects.

It occurs to me that every light source in the image must have these artifacts in some form, so these quirky hexagonal light rays must be (everywhere?) in the image.

Yes, they are there. You can see a couple more objects that show the same artifacts.

How are these artifacts removed?

As we know the exact optical structure of the telescope, we can derive a deconvolution function that describes how light from a point-like source gets diffracted that can be used to revert parts of the effect.

But, this is not necessary as much as it seems. The main reason for this effect in todays' image is that the central star is grossly overexposed. Remember, it's a star and should be just 1 pixel in size if exposed (and focused) correctly. That's also the reason why only a few objects in the image show the artifacts: It's a very faint pattern only visible for very bright objects. All the objects that got correctly exposed (i.e. those which don't have a white core) don't show it.

This is just an addendum to @asdfex' excellent answer - and for my own curiosity. This shows the FFT of the aperture 'selfie' from NASA's website. The FFT does show the horizontal strip arising from the shadow of the vertical strut. But there are other differences that I can't explain. Perhaps some arise from the relatively poor resolution of the 'selfie' image that I worked with and perhaps some arise from the aliasing (downsampling) in creating this image. 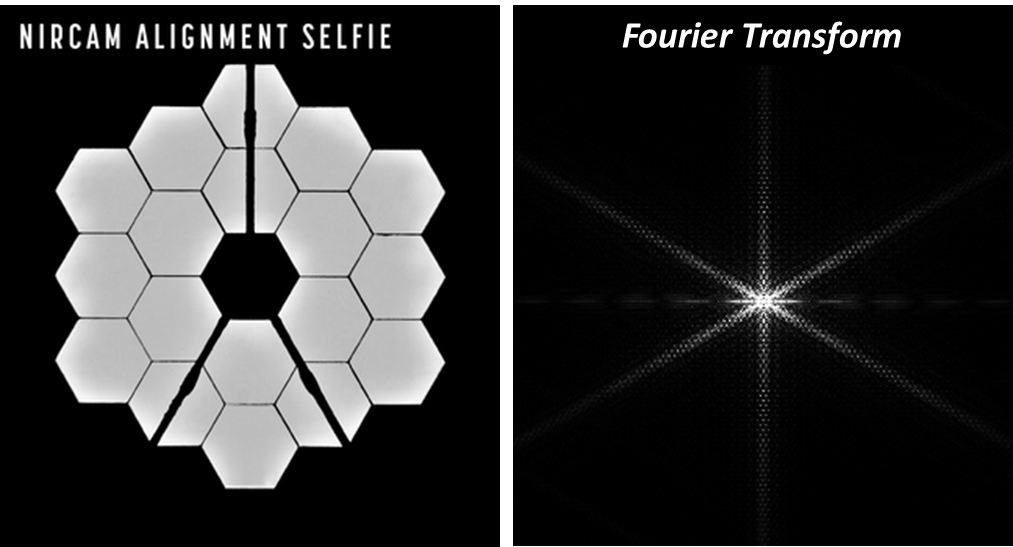 Not the answer you're looking for? Browse other questions tagged james-webb-telescope image-processing or ask your own question.

9
How much of the sky can the JWST see?
15
Can the James Webb Space Telescope basically manage its own orbit if necessary?
12
What image compression algorithm did the Voyagers use?
41
Why doesn't James Webb have a larger supply of thruster propellant?
8
How to transform from the spacecraft coordinate system to image coordinates?
7
Can the JWST deployment steps be reverted?
6
Which aspects of the JWST wavefront process are the most time-consuming?
3
JWST - image stabilization?
12
JWST - image acquisition - what is a dither pattern?