Was the Saturn V assembly carried out on the crawler-transporter or on the VAB's ground floor?

This is covered well in the Saturn V News Reference Vehicle Assembly and Launch.

The (first) stage is positioned above the launch platform of the Mobile Launcher and lowered into place.

The upper stages are prepared for mating...The mating operation consists of stacking the stages.

When the launch vehicle is ready, the Apollo spacecraft is brought to the VAB and mated.

At this point the Mobile Launcher is not yet mounted on the crawler. After the successful completion of testing on the stacked vehicle,

For details, see the link.

This picture shows a first stage being lifted up by the cranes. 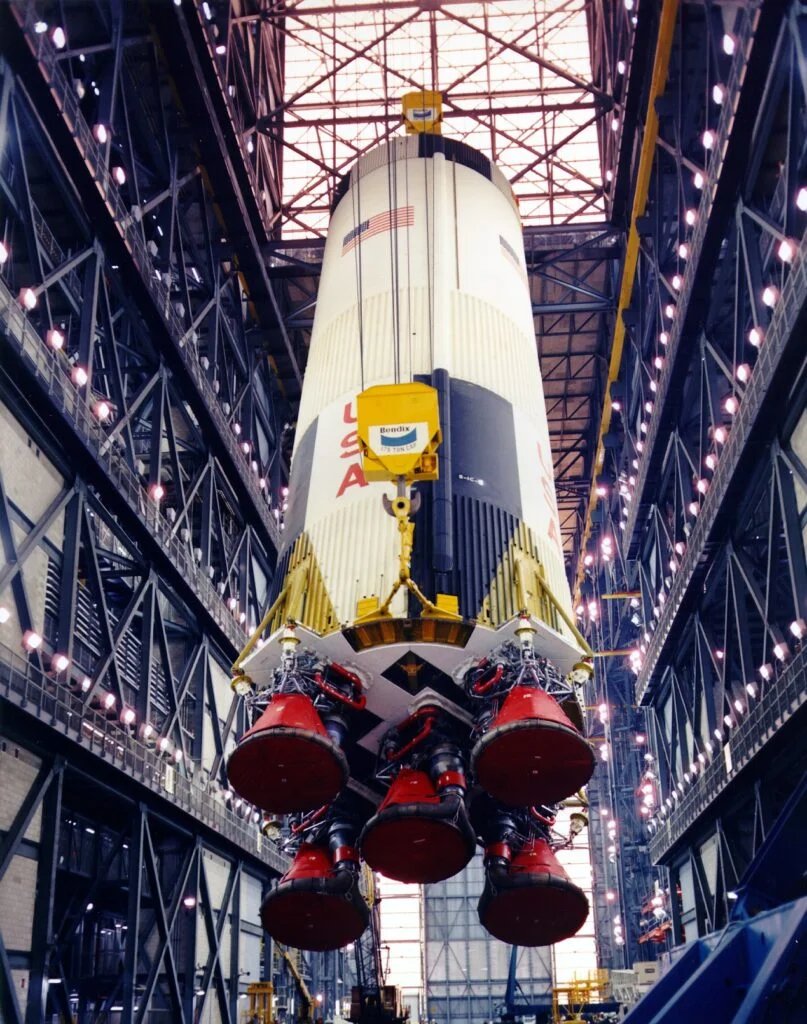 No trench, the crawler / mobile launcher drove into the VAB on its floor level and the stages were lowered from above with cranes. This is a shuttle picture but you can see the crawler leaving the VAB at floor level. 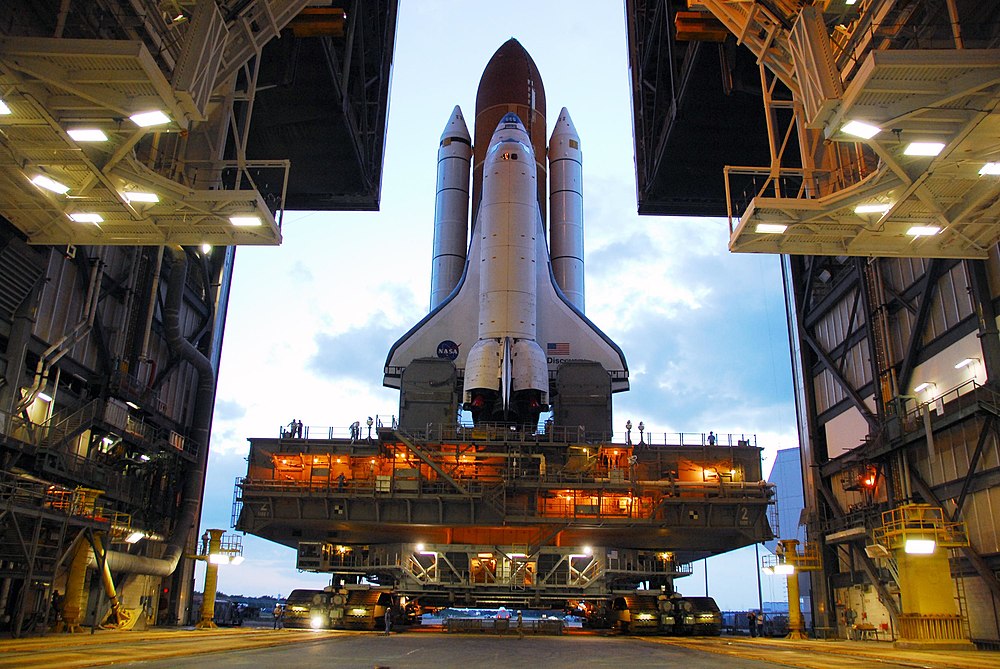 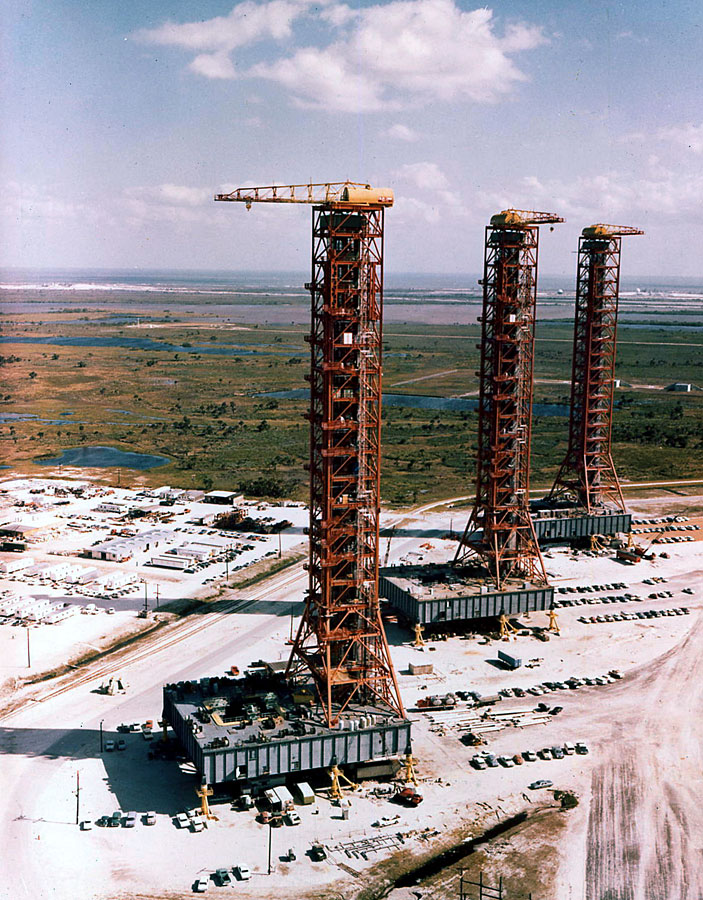 It is moved by the crawler, which moves under it (note that the platform has "legs" raising it from the ground). The crawler itself has a flat top surface and just slides under it: 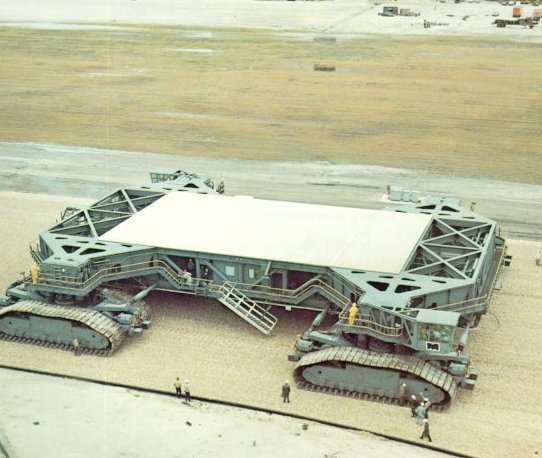 (Apollo Expeditions to the Moon chapter 6)

The stacking process is outlined in this flow chart:

The relevant items are:

Not the answer you're looking for? Browse other questions tagged saturn-v vehicle-assembly-building crawler-transporter or ask your own question.

16
In the Saturn V launch sequence, what defined COMMIT, and what happened between COMMIT and LIFTOFF?
19
Was LC39A built with a rocket much larger than the Saturn V in mind?
7
What are these discs on the Crawler-Transporter?
15
Why was the Saturn V considered to be human-rated after Apollo 6?
9
Why did the Vertical/Vehicle Assembly Building have four doors?
28
How did they access the LM to mount the flag package while the Apollo stack was already on the launch pad?
6
Did they mount the Apollo Mobile Service Structure (MSS) to the launch pad using nuts and bolts to be prepared for a storm?
6
Were all three Mobile Launch Platforms ever in use simultaneously?