Can JWST come in for a pit stop? Is the fuel supply on JWST adequate for a transfer to an Earth Moon libration point to allow repairs?

The James Webb Space Telescope is generally considered to be in an unserviceable location at SEL2.

If servicing becomes necessary, is it possible for the JWST to use a low energy heteroclinic transfer to reposition itself at a more accessible repair location? Say the EML1 point? This location would make it accessible for diagnostic and repair missions from Gateway/Artemis resources. Once serviced and refueled, it could be returned to SEL2 using a separate booster attached to the launch mount ring.

JWST was deliberately placed in an unstable halo orbit which requires no reorientation for orbital maintenance burns. If these burns are discontinued, JWST will follow the unstable manifold (red in the diagram below) and could be guided into position for a stable manifold (blue in the diagram) transfer to EML1 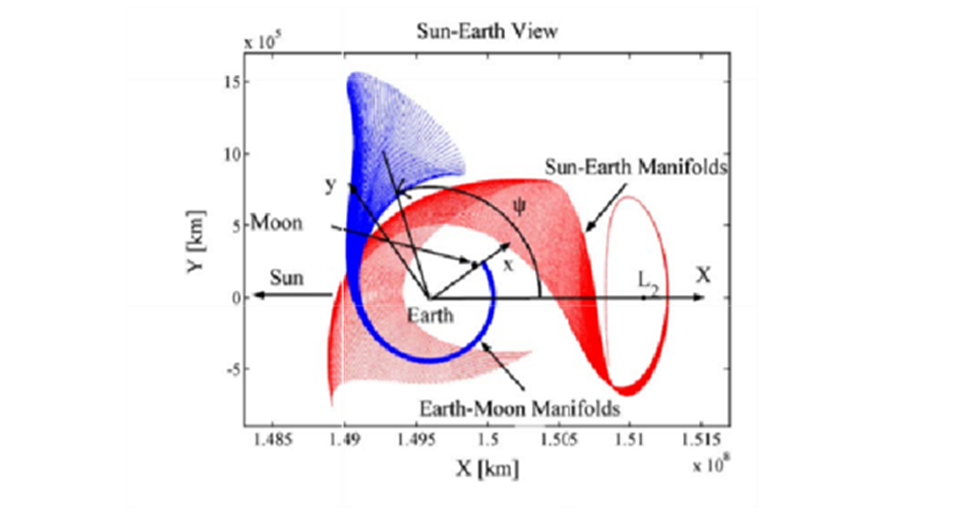 This NASA paper: https://ntrs.nasa.gov/api/citations/20190028906/downloads/20190028906.pdf studies the energy budget of transfers from Sun-Earth Halo orbits to Earth-Moon orbits (including Near Rectilinear Halo Orbit).

Question: Is the fuel supply on JWST adequate for a heteroclinic transfer to an EM libration point? And if so, at what point in JWST’s mission will the remaining fuel be inadequate for the transfer?

Moving the JWST is not practical. It's very limited in its maneuver capabilities because the thrusters do not point in the direction it looks (because either the sunshield would be in the way or it would contaminate the optics) and the sunshield must not turn around ever because the warmth from Sun, Moon and Earth would damage the sensors.

Currently, a servicing mission does not seem very feasible. Not from a risk perspective not from an economical perspective. The lifetime of the telescope is now expected to be 20 years. We'll have to asses the situation down the road a few years (they are already thinking about that).

Right now, assessing this questions tells us, that it's not worth the effort. But a few years in the future, the answer might be different. Cost to launch something towards L2 will probably be lower, technology and experience for automated servicing and refueling or other life extension missions will have grown significantly (we did the first life extension mission in GEO just recently in 2020).

So in maybe 10 years, we'll have trivialized docking to old spacecraft to give them a life extension.. We'll see!

And what repair mission would you perform? JWST was given a grappling fixture, as that has no subsystems i. e., little added cost/mass/power/testing/etc. in the grand scheme. But what fuel would you add? JW, as field testing now indicates, has fuel margin for years- I assume, from the fuel margin I’ve heard, that micrometeoroid damage (sunshield punctures, or general degradation of exposed surfaces and their thermal properties) is now the life-limiting factor.

New instruments? ISIM not designed for instrument changeout… you should see the rat’s nest in there. New mirror segments? Ha. The alignment on the segments- or rather, on the interfaces to the multiple segment actuators- means you risk screwing it up as much as you gain from a new element. Replacement for some random bus component? As a megaproject, the S/C has redundancies on support systems… and redundancies on the redundancies. Some random part failure disabling JW is, statistically, as likely as it is on, say, Fermi (come on, ruby anniversary!) and less likely than Swift.

Then after you propose some (technically) worthy servicing requirement/result, propose for me the risk/benefit trade of that servicing, including (for one) a full FMEA (Failure Mode and Effects Analysis). Does an astronaut dropping (as such) a tool put a hole in something? Does a robot arm risk crunching something? Hard to come up with more examples, since… I can’t come up with some worthy servicing concept in the first place.

Are you musing forth on JW servicing because… Hubble was serviced, by shuttles? i. e., default to pattern? The Servicing Missions are an antipattern, and yet another thing the Shuttle program put forth as, not precedent, but a cautionary tale. We don’t plan on servicing post-Compton observatories (CGRO designed too late to reflect lessons learned) because of Shuttle Servicing Missions. They don’t make sense. Too much budget, too much schedule (itself budget-time is money), too much FME, too much opportunity cost in diverted resources. It’s better (whew… priviledge of hindsight) to have built it with margin and quality and minimized effects in the first place.

5
Why does JWST need "a carefully designed series of oscillations" to avoid overheating during the 2nd stage burn? Why not rotate "rotisserie style"?

12
Low Energy Transfer within Earth-Moon system
1
Why has the Earth-Sun libration point L1 been chosen over L2 for NEOCam (now NEO Surveyor) to detect new NEOs?
3
How to fly from Earth to Mars if the differences between phase angles is too big for Hohmann transfer but we have fuel for other transfers?
5
How are JWST tanks baffled to dampen slosh?
1
How can I find the old reference orbit for JWST (from 2014) and get AltAz positions from Earth without learning Spice? Can Horizons do it? Can Python?
11
Is JWST Halo orbit prograde or retrograde and why?
6
Question: Does JWST have hardware that could be used as a docking fixture by repair spacecraft?
3
Is the inter-manifold transfer of JWST between Sun-Earth L2 and Earth-Moon L1 within the capability of existing propulsion systems?
2
With independent control of attitude and thrust direction, could JWST be kept pointing in a “safe” direction during "towing"?
5
Has JWST done its first station keeping yet?