How does US crewed launch abort coverage "jump" the ocean in an instant?

As I understand things, the Commercial Crew Program stipulates full abort coverage from pad to orbit. An abort to the middle of the Atlantic ocean is understandably not acceptable.

Watching the OFT-2 launch, the abort location changes instantaneously from St. John's, Newfoundland to Shannon, Ireland at about MET 10:06: 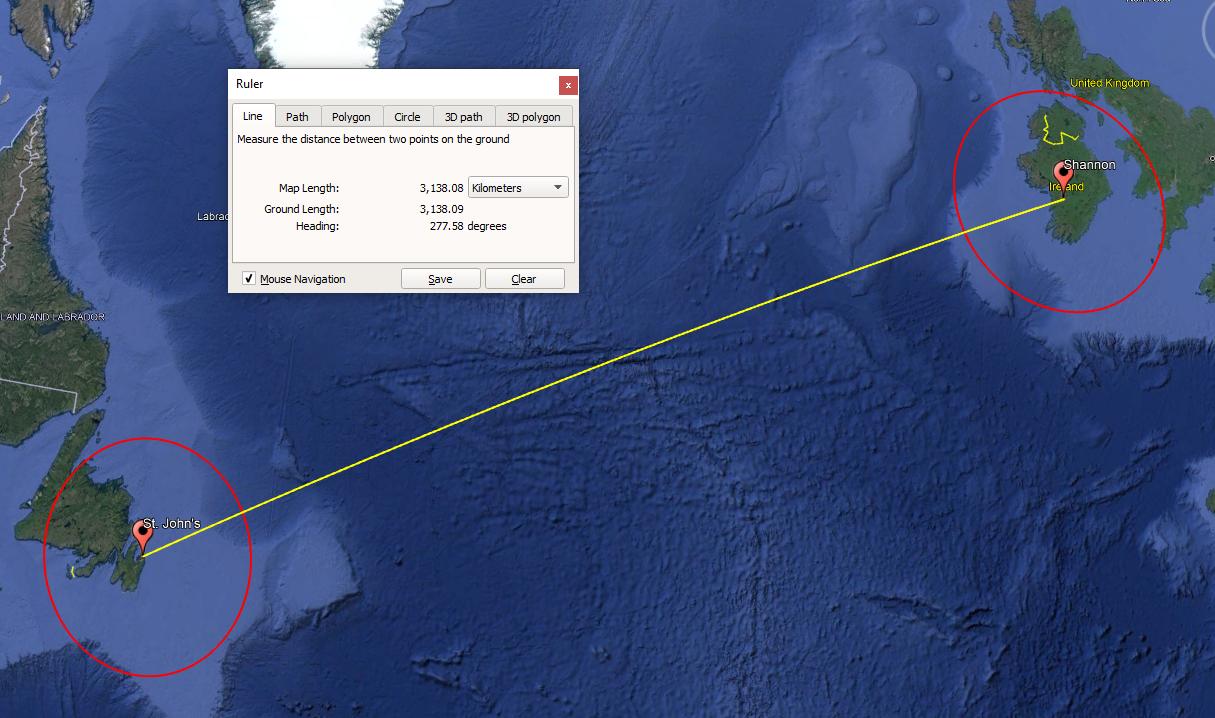 Here is a screenshot of the webcast right after this transition, showing the two abort zones, and the location and trajectory of the spacecraft: 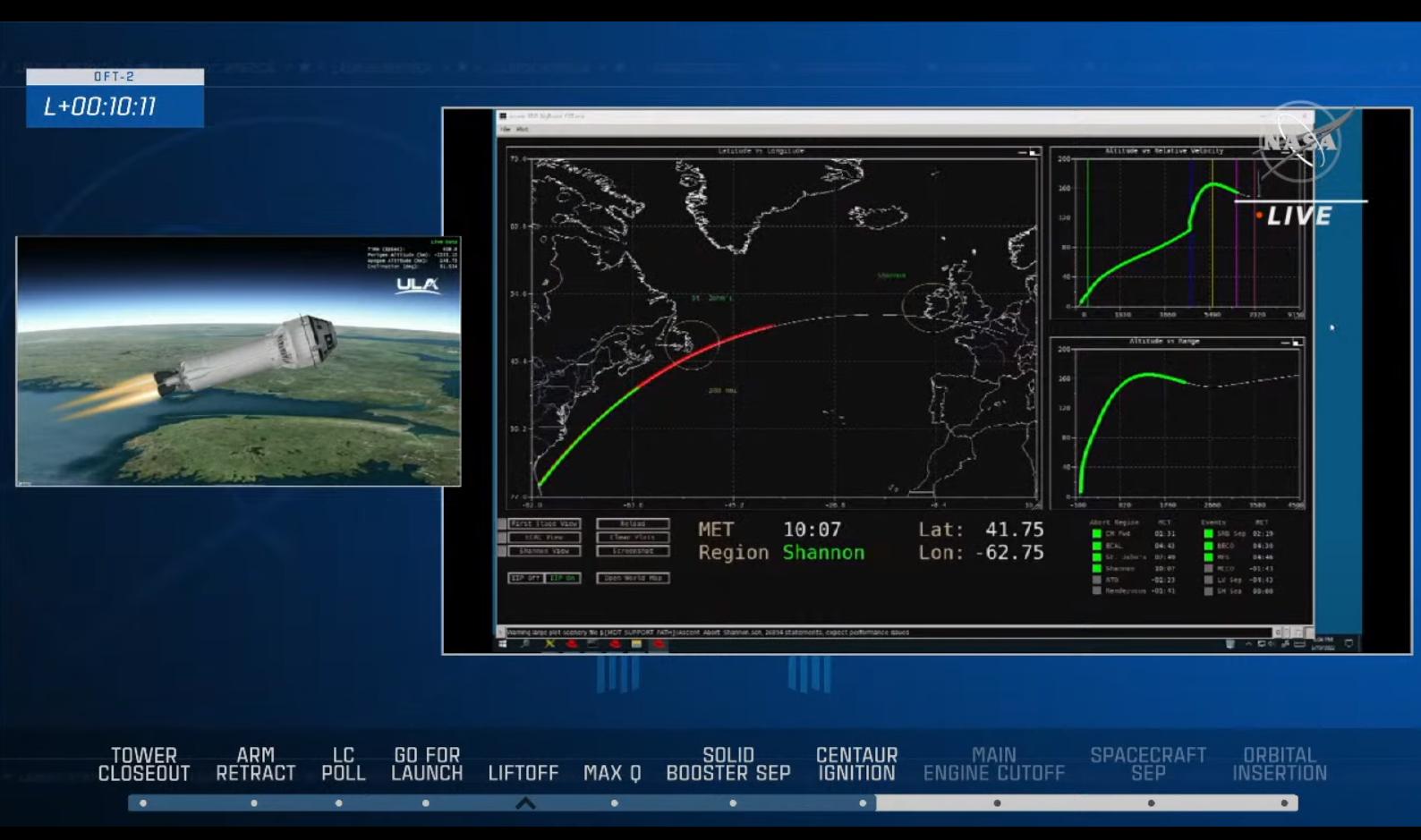 It's unclear if the red trajectory prediction considers atmospheric effects or not. The spacecraft appears to be at ~150 km altitude and travelling at ~6.5 km/s (estimated from shown apoapsis & periapsis values).

Right before the abort zones switch, the trajectory prediction shows that the vehicle is going to go past the St. John's abort zone. What would an abort at this instant look like? How would the vehicle escape from the rocket and then turn around to thrust backwards towards St. John's?

Similarly, how much $\Delta V$ would it take from the abort system to kick the spacecraft the extra ~2000 km downrange to reach the Shannon abort zone?

5
How has the Dragon v2 been tested before its launch pad abort test?
22
Why does SpaceX have a launch window for a pad abort test?
20
Why does Dragon 2 abort with the trunk attached?
5
How do the G loads from various abort systems compare?
3
how long does it take to have an emergency crewed space launch?
12
How much does a launch scrub cost?
10
How was Apollo supposed to rendezvous in the case of a lunar abort?
7
Does Dragon have any timeframes during launch where there is not a planned survivable abort mode?
7
Does the Crew Dragon still have the launch abort fuel on board at landing?