Why wasn't robotic arm used to free Spirit rover from sand trap? (and other things...)

On Sol 1892 of its mission (01/May/2009) Spirit rover stopped its travel on Mars surface due to a "sand trap", initially (optimistically) defined as "difficult terrain". 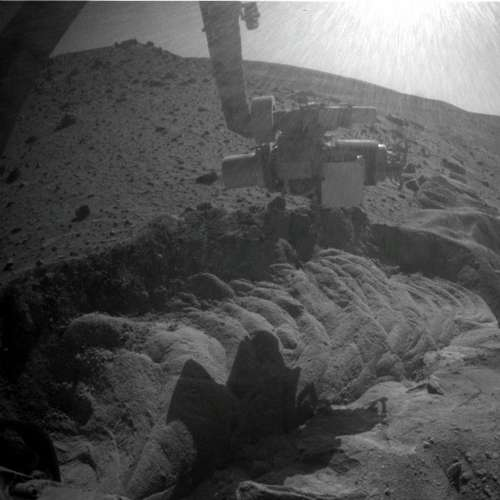 I have some questions:

rovers spirit mer
Share
Improve this question
asked May 26 at 12:12

Answering the question in the title, because the arm could not reach anywhere but the front wheels.

The description here indicates the left/right swing of the shoulder joint was 160 degrees, so the arm can only swing forwards of the rover, not back towards the wheels. Folding the elbow would allow a little bit of under travel, but only through the area under the shoulder joint because there is no ability to 'roll' the elbow joint to reach areas off the line of the upper. To visualize, explore your arm range of motion while only bending your elbow in and out, with no twisting.

This constrains the reach area to ahead of the front wheels only, useful for potentially poking terrain before motion, less so once sunk in.

In terms of trying to lift the rover, the description indicates a design strength of 6G while out of the stow position. Only one of the four instruments has a easily locatable mass at 720 grams with the others being presumably lighter, but even if we take the total payload at 2000 grams, 2000 times 6G only gets 12000 grams or 12kg of lift for a 155kg rover on earth. Even in the lower mars gravity and if arm is payload is higher than 1500g that is not unloading the wheels much, and risks the arm digging in stranding the rover on the wedged and/or broken arm.

In terms of rover design, the sand trap happened after two of the six wheels had failed, it is plausible that while fully operation Spirit either would have not bogged at all, or been able to drive out. Assuming similar endurance a bigger arm capable of digging/lifting but with two of six joints failed would probably not have helped either years into a 90 day mission.

I actually received a reply from NASA when I sent this question to them at the time. Unfortunately I can't find the exact email anymore, but their official reply was that the motors in the arm were nowhere near powerful enough.

Found specification of all the motors of the IDD (robotic arm): 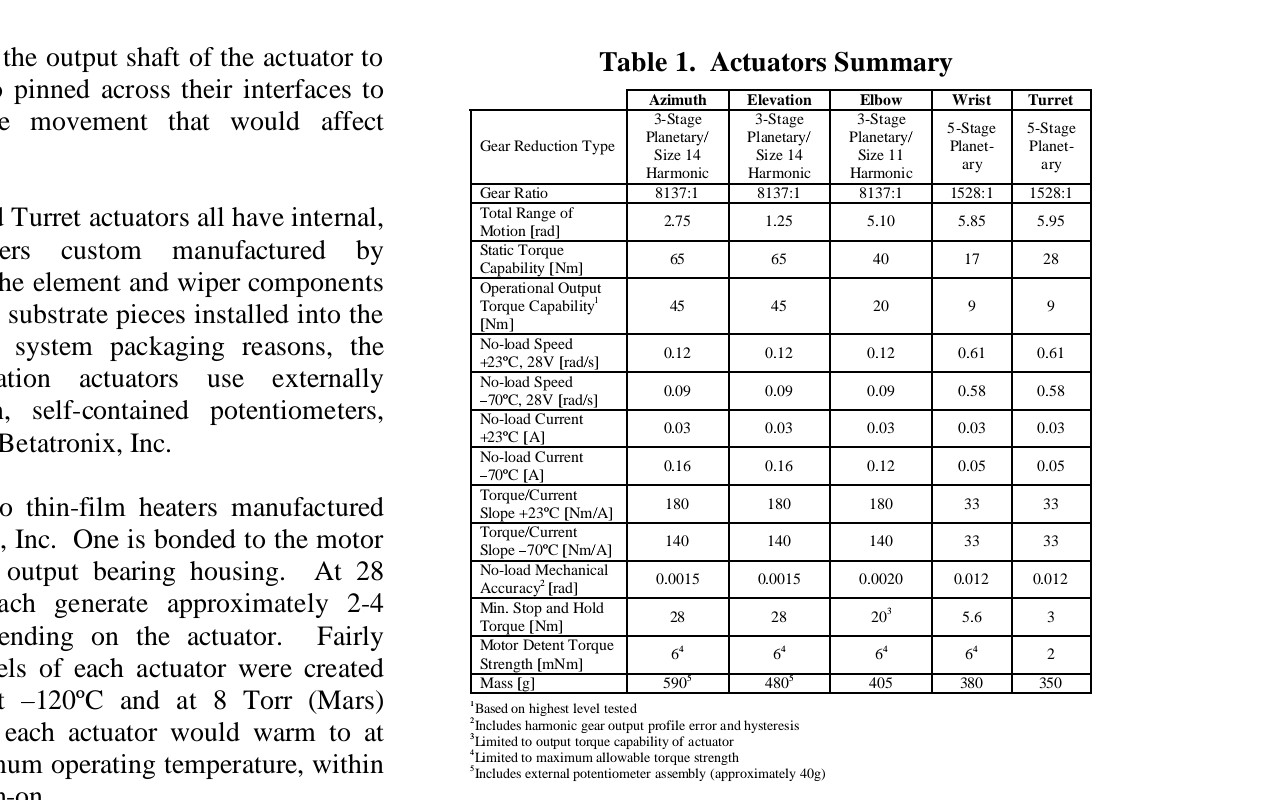 A mass "m" produces a vertical force given by

An arm produces at its end a force given by:

45Nm of torque for the motor operating on the elevation angle means:

Hence the robotic arm is not powerful enough to lift the rover.

Not the answer you're looking for? Browse other questions tagged rovers spirit mer or ask your own question.

14
Opportunity's last tau was 10.8; what does that mean and how is tau defined and measured?