What could be the cause of the extraordinary high Fe counts from the PIXL instrument onboard the Perseverance rover? 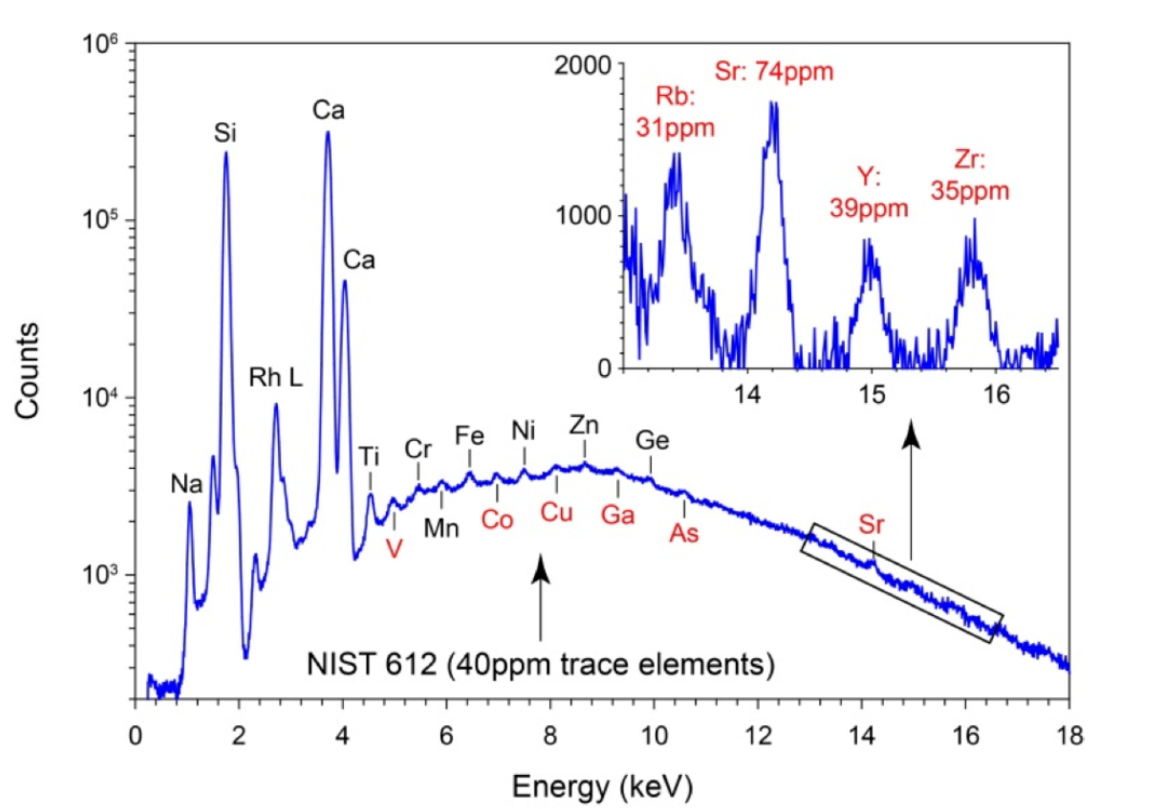 Could the iron content of the abraded rock targets on both sol 120 and sol 167 really have been that high ?
Or is it possible that iron and/or its oxides re-emit X-rays more easily than other elements will do ?

mars perseverance astrobiology geology instrument
Share
Improve this question
edited May 30 at 12:57
Cornelis
asked May 30 at 9:21

To properly answer this question one would need to know what the X-ray counts signify in terms of quantities such as percent or parts per million of an element. For that, comparison with calibration values needs to be made. I'm assuming that prior to being sent to Mars, PIXL was calibrated using samples of known minerals.

It is well known that Mars is referred to as the red planet because of the amount of iron on the surface. Mars is very rusty. Many iron oxides are red in color, some are yellow.

The main iron ore minerals, on Earth, are

Hematite was named so, because it is blood red in color. In earthy, compact fine grained material it is dull to bright red in color. Hematite has already been discovered on Mars; the so called blueberries. Note hematite contains 69.9% iron. That's a very high number.

The high X-ray counts for iron would indicate a localized high concentration of hematite.

A combination of things:

About the only reason not to see a lot of iron is that it's somewhat depleted in the crust, concentrated in the core of the planet.

X-ray spectrometer could had been not properly calibrated or the sample might had been contaminated. Here is a video material example, stamped at 10:26 where relevant part begins, in which a geologist is demonstrating his newly acquired X-ray spectrometer and X-raying rocks which had been subjected to an XRF assay by a professional company before. His private X-ray spectrometer detected around 13.5 ppm of lead ($\text{Pb}$), while the professional assay report gives the result of 42000 ppm of $\text{Pb}$ (more than 4 orders of magnitude higher). It ultimately has not been explained what the source of this discrepancy is, so I am referencing this example as a way to show that such mistakes could happen.

What is more, the detector's software might had been incomplete. Here is a video material example, stamped at 28:12 where the relevant part starts, in which a chemist talks about testing the gold bars after having refined the gold himself. First, he uses the service of a purity-testing company to test his nuggets in an X-ray spectrometer. The results came back saying the gold was 100% pure, but the chemist also asked for the detailed print-out report. He was quite surprised to discover that the report was telling the composition to be 99% gold and 1% tungsten. However, after having sought for more information about this strange reading, he had found the following explanation: tungsten and gold both have really similar density (which is also the reason why tungsten is used for the illicit manufacture of counterfeit gold bars) and have greatly similar peaks; if the XRF's software is not specialized in precious metals, it will read some of the gold content as tungsten. Similar situation also supposedly happens with iridium and lead: if one analyzes a lead sample with a small amount of impurities, the detector could read that as a mix of 1/2 part iridium and 1/2 part lead.

Another explanation relevant to my second example could be that X-ray bulbs used in XRF devices use tungsten filaments as electron sources. The filament gets heated, slowly evaporates consumed slowly, possibly leading to the depletion of tungsten atoms on the anode and thus to parasitic tungsten peaks in the detected spectrum that can get scattered and find a way into the final resulting spectrum. I suppose that an analogous phenomenon could had happened with the iron content present in the XRF device's constituting parts, and had artificially increased the numbers of counts.

Having considered that, the anomalously high iron content could had been a result of XRF device's miscalibration, parasitic peaks from the iron content of the device itself, software error, or contamination of the sample.

Not the answer you're looking for? Browse other questions tagged mars perseverance astrobiology geology instrument or ask your own question.

1
After one year exploring Jezero's crater floor, has there been any investigation into the presence of trace elements with PIXL?