What kind of "safe" was carried on the Space Shuttles?

On the seventh day of the mission, Mattingly and pilot Hank Hartsfield were getting ready to return to Earth and had just stored the classified checklists in Columbia’s safe. Sunnyvale then asked them to perform “Tab Echo.” The astronauts looked at each other; neither could remember what Tab Echo was. They opened the safe, removed the checklist, and began paging through it. Sure enough, there was Tab Echo: “Store checklist.”

A "safe" on the ground is usually a heavy steel thing, not something suitable for putting into orbit. It seems strange that a spacecraft would bother with any kind of "safe" at all unless someone thought Moonraker was a documentary; although I would guess with the concept of "need to know", not all the astronauts on board necessarily needed access to the classified checklists, and it could be helpful to restrict access by the various ground crew.

I can't find any other references to a safe on the Shuttle; of course I can find lots of info about safety and about computers going into "safe mode". It may also just be that this information is still not publicly available.

It was just a middeck locker with a padlock on it.

We had one drawer, one locker that was where we kept all the classified material, and it was padlocked. So once we got on orbit, there was nobody going to steal it because we didn't have to worry about it. We unlocked it and did what we had to.

(Photo of middeck lockers on orbit) 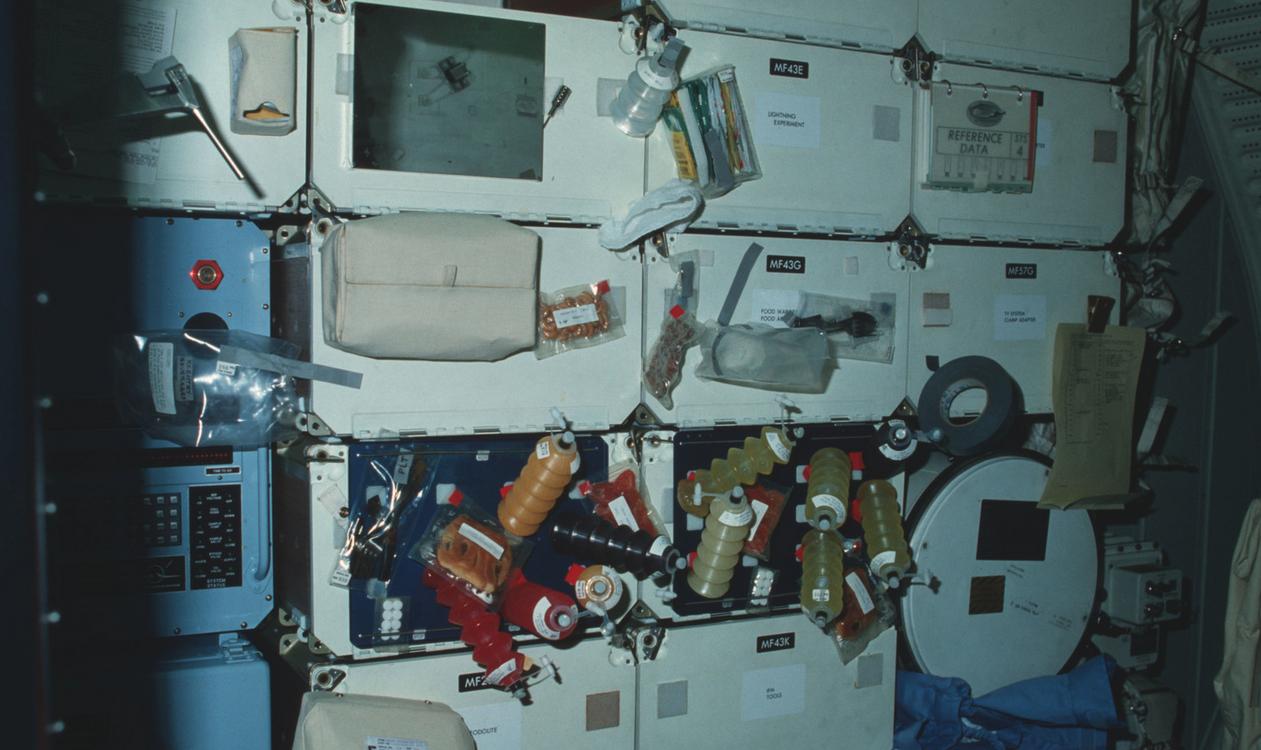 (Source: Did the astronauts seated on the space shuttle mid-deck have responsibilities during reentry and landing?)

Other classified missions could also have padlocked a locker, if required.

51
How often is duct tape used during crewed space missions?
30
Did the astronauts seated on the space shuttle mid-deck have responsibilities during reentry and landing?