Was the X-15 program a dead end for orbital insertion? 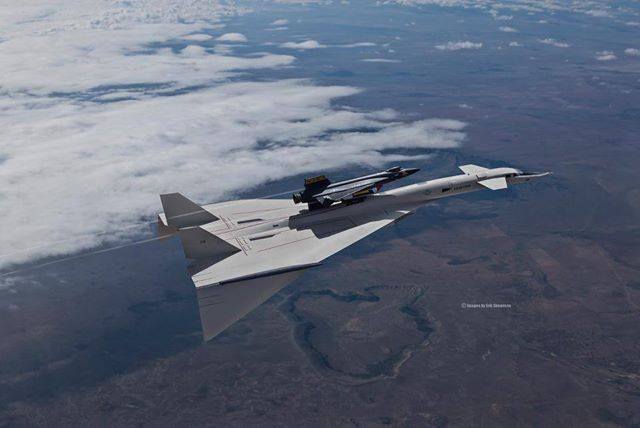 That's B-70 Valkyrie carrying the X-15. What private space is trying to accomplish, was done in the 60's. In fact, The X-15 remains the fastest and highest flying manned aircraft ever flown.

What happened? Both were cancelled, but data from tests made by the X-15 were used for the shuttle, while the ones from the B-70 helped to bridge the gap between supersonic and hypersonic travel.

Was this approach capable of reaching orbital flight? was the project cancelled because of technical hurdles, or simply it was deemed to expensive, compared to rockets?

Mach 6 buys you roughly 1.8 km/s at those altitudes. OK, let's say that X-15 reached 2 km/s for good measure. But at that speed, Newton still works against you and you're not going to perpetually miss the Earth because of carrying so much momentum in the velocity vector that you're effectively free-falling in a circle around it. To achieve orbital speed you need to go roughly 7.5 km/s (about Mach 25).

But at the altitude that you still gain any aerodynamic lift, and where such a lifting body design still comes useful, your orbit is also going to decay rather fast, and need I say your airframe is probably melting by now if you're still in denser, lower atmosphere below the Kármán line (100 km or 62 mi). So you also have to climb fast and then circularize, at which point aerodynamics don't do anything for it any more, but relatively large aerodynamic surfaces of your lifting body will increase the surface area exposed to atmospheric heating on reentry that you need to somehow protect with a heat shield, if you want to also return from orbit.

That's how these experimental airplanes helped the development of Space Shuttle Orbiter (SSO) - the reusable, lifting body part of the Space Transportation System (STS). They helped establish limitations of then on the cusp materials science and propulsion technologies, dynamic pressure on the body at rapid acceleration through lower atmosphere, and so on, and some of those findings were used to design the SSO while also helped dismiss failed, infeasible ideas so it ended up being relatively safe and reliable.

Was the X-15 capable of reaching orbit? Not on its own (it only carried enough fuel to reach 4500 mph), but with extra fuel tanks or a booster rocket, it could.

Was the X-15 capable of returning from orbit? Unambiguously not. The X-15 required an ablative heat-shield coating to reach the aforementioned 4500 mph; given the materials science of the time, there was no way of shielding an aircraft of its shape against the heat of re-entry.

(Incidentally, your picture is probably a CG render or other artist's conception: the carried aircraft is emphatically not an X-15. The wings are entirely wrong.)

As @TildalWave notes, the X-15 had nothing close to orbital capability, and wasn't intended to. There was some early consideration of putting an X-15 on top of a SM-64 Navaho missile, but NASA went with Project Mercury instead.

X-15's big successes were in developing the technology and techniques for transition between aerodynamic control and reaction control and back. In this, it was very successful, and lessons learned on the X-15 were applied most directly to the Space Shuttle.

There was a program called the X15B that would launch using a Titan Booster to make one orbit in 1959.

Before 1958, United States Air Force (USAF) and NACA officials discussed an orbital X-15 spaceplane, the X-15B that would launch into outer space from atop an SM-64 Navaho missile. This was canceled when the NACA became NASA and adopted Project Mercury instead.

Not the answer you're looking for? Browse other questions tagged ssto spaceplane x-15 or ask your own question.

16
What could the X-37 be useful for?
21
Reasons why liquid anhydrous ammonia fuel chosen for the X-15? Has it been used in other rocket engines?
10
What are the details of the SSTO Mars profile for the BFR?
2
How many companies are working on creating viable spaceplanes in the near future for human spaceflight(10-20 years)