What are/were the rails leading into the flame trench of pad 39A used for?

In this Google Street View you can see what appear to be rails leading down into the flame trench under launch pad 39A. 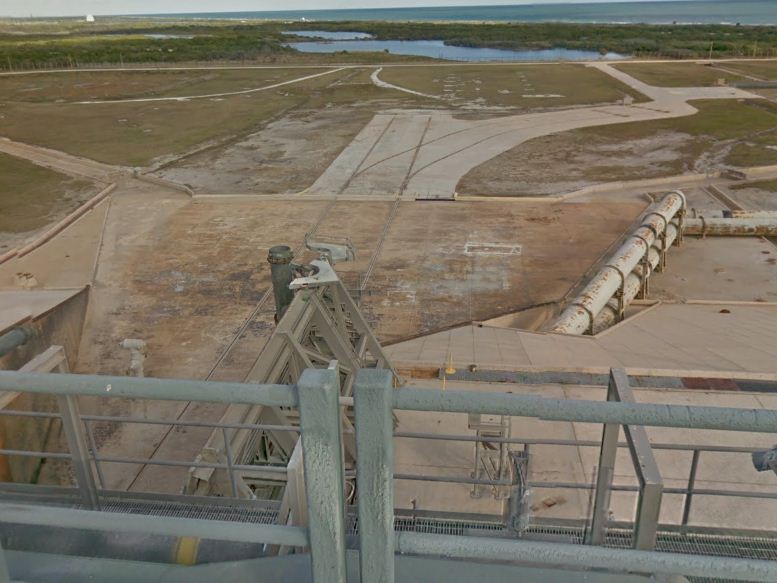 What was/is the purpose of those rails?

Those are remnants of the Apollo program era when the Launch Complex 39 was built. They were used to transport large removable blast deflectors to the pad when the Saturn V and Saturn 1B launch vehicles were already transported there on the crawler-transporters. 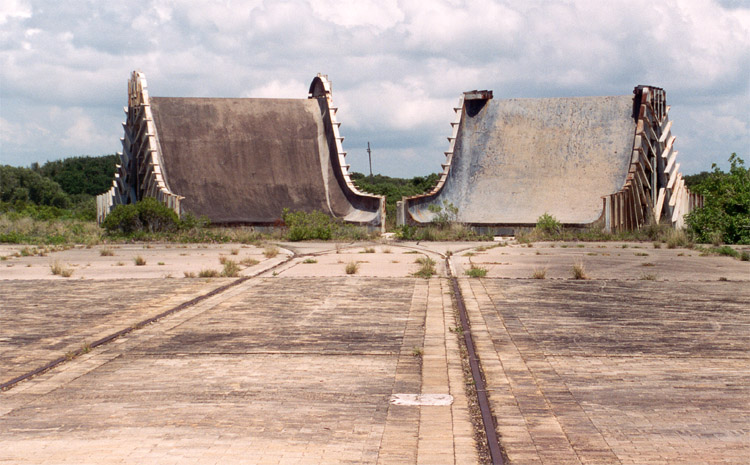 Blast deflectors at the Complex 34 launch pad. Prior to a launch, one of the deflectors was moved into place underneath the launch pedestal. The rails on which the deflectors traveled are visible on the ground. (Source: The Rob Zone)

To my knowledge, these rails weren't used during the Space Transportation System (STS, aka Space Shuttle) era and the blast (aka exhaust plume) deflectors were since then permanently installed on the launch pad 39A.

Not the answer you're looking for? Browse other questions tagged history launch-site engineering launchpad kennedy-space-center or ask your own question.

52
What is the purpose of the jets of water often under rocket engines during launch?
9
What is a flame trench?
12
What dangers are on a launch pad after a successful launch?
18
Was LC39A built with a rocket much larger than the Saturn V in mind?
5
Would a Martian landing and take off require a flame trench/deflector?
13
What exactly is the purpose of connection links strapped between the rocket and the launch pad
1
How did the Rotating Service Structure achieve environment control?