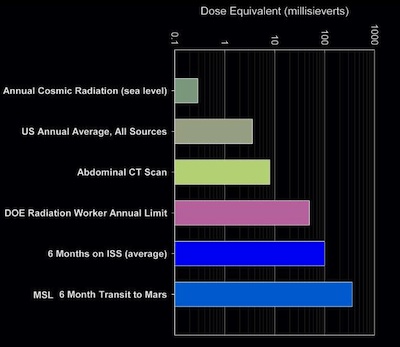 8
Orbital station for Mars missions
8
Can spacecraft rendezvous in orbit on planetary missions
4
Will human colonisation be introduced/commenced in the (somewhat) near future?
4
Is a coronal mass ejection (CME) synonymous with a solar particle event (SPE)?
-3
About Mars One's journey to Mars

11
Does any country have real plans for a manned mission to Mars?
6
How would a manned Mars mission keep from contaminating Mars?
7
Any scholarly or serious work in Sports Science for the low surface gravity of Mars or the Moon?
7
Terraform via moving Ceres To Mars orbit, using ion drive
2
With current or near-future projectable technology, how long would it take a ship to fly from Earth to a theoretical Earth-Sun L4 or L5 space station
3
Would high altitude native populations make better astronauts for a Mars mission?
4
Are there any at least somewhat authoritative estimates of how long it will be before people will land on Mars and setting up camp?